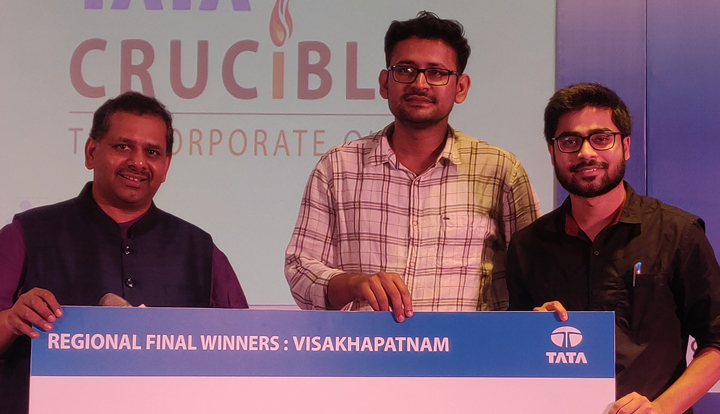 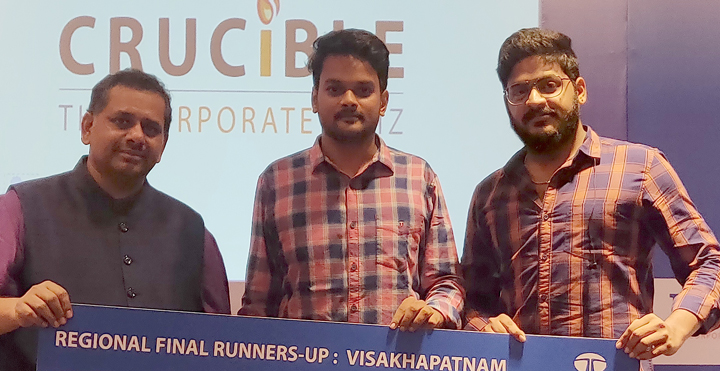 Traditionally, a couple of teams have dominated the Vizag edition of the Tata Crucible. All of that changed this year as the old order gave way to the new. Pickbrain who enjoys a huge following at Vizag had teams and their families on the edge of their seats as he went about the prelim in clinical fashion.The teams that made it to the final were:

The finale was a very different spectacle. The former national champions Pani and Dey established a quick lead to put the pressure on the others. The other teams especially the new ones and the young teams would not simply sit and watch. They went for leather and took negatives. At a point in time, the second position was a team on nil, evoking laughter in the audience as Pickbrain quipped “They are second as of now having done nothing”.

The same spirit of being fearless turned to be the strength of these teams as they slowly started clawing their way back. Prasun and Saurabh established a good tempo to get back into the quiz and soon enough into the lead. The Hinduja duo did the same and suddenly the former champs were under pressure. They, however, gave the youngsters a run for their money before making mistakes that cost them the final.

The final question gave the Hinduja’s a fair chance to win the quiz, but they had to settle for the runner up title as Prasun and Saurabh rose tall in a city with multiple former National Champions. Pani and Dey, true to the spirit of a game, were very encouraging of the young teams and said, “They would be happy to see them win”.