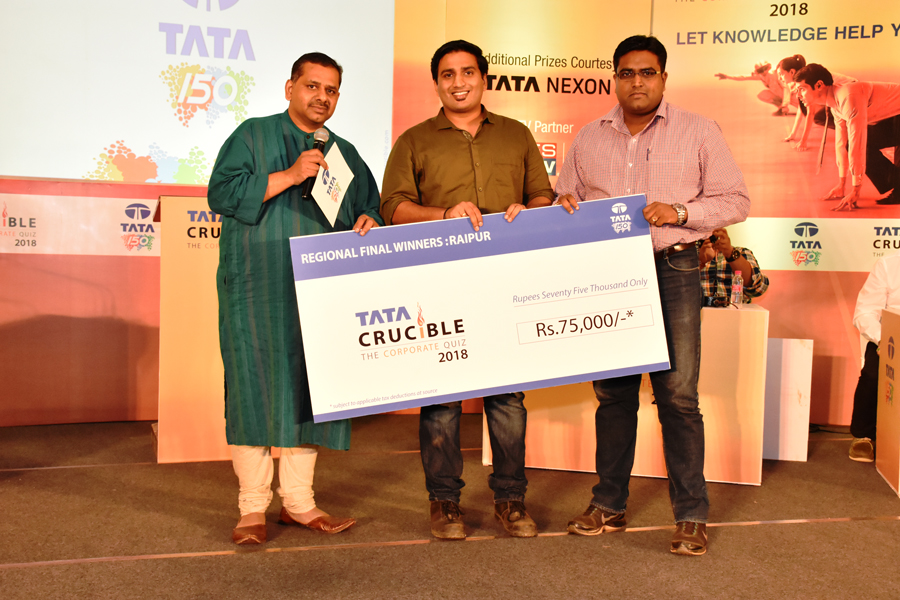 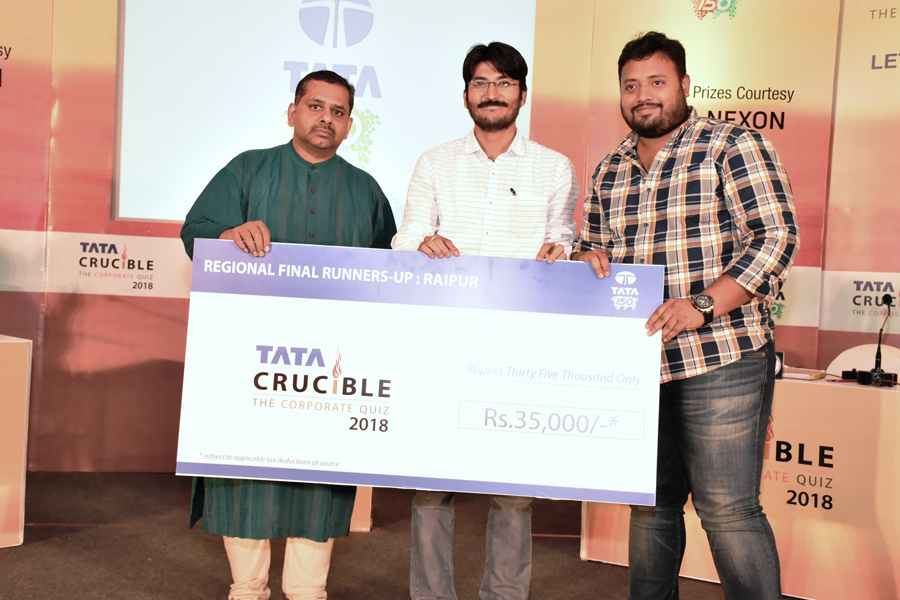 On the eve of the Independence Day, quizmaster Pickbrain played host to the city edition of Tata Crucible, setting a good prelim with questions from across industries. The top teams that made it was:

The final was a thriller with the three BSP teams playing very well, with the seasoned duo of Chandrashekar and Ramani taking an early lead. However, it was the younger teams from BSP and the educators from Brighton School who did well in the second half of the quiz.

The battle went into the final questions, where the duo of Nivesh and Umesh did not leave anything to chance to win their first ever Tata Crucible title in style. A persistent Ashish and Vikas fought hard to stay in the battle and with good strikes towards the end emerged runner-up.

The quizmaster observed that a lot of teams were young teams and it was a unique city where two of the finalists were school management teams.