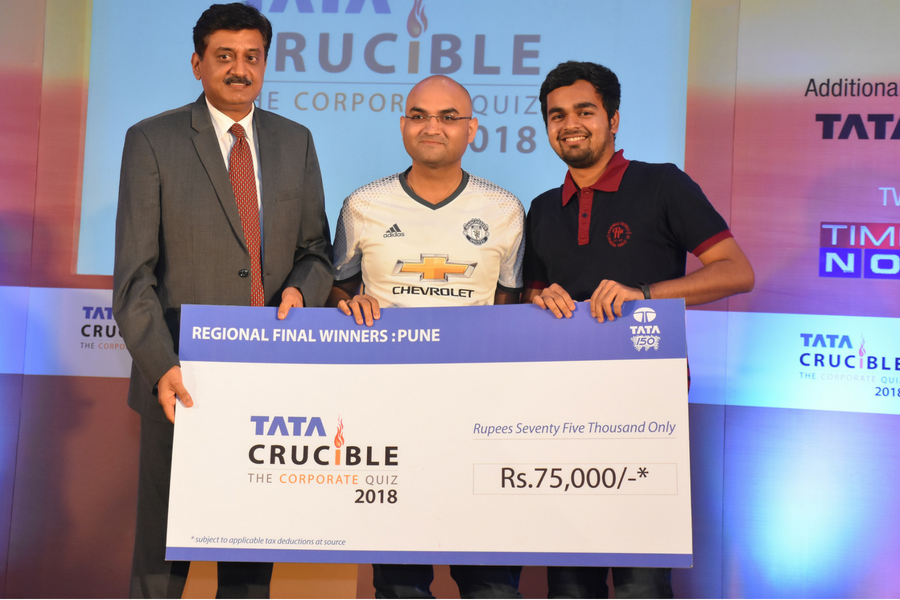 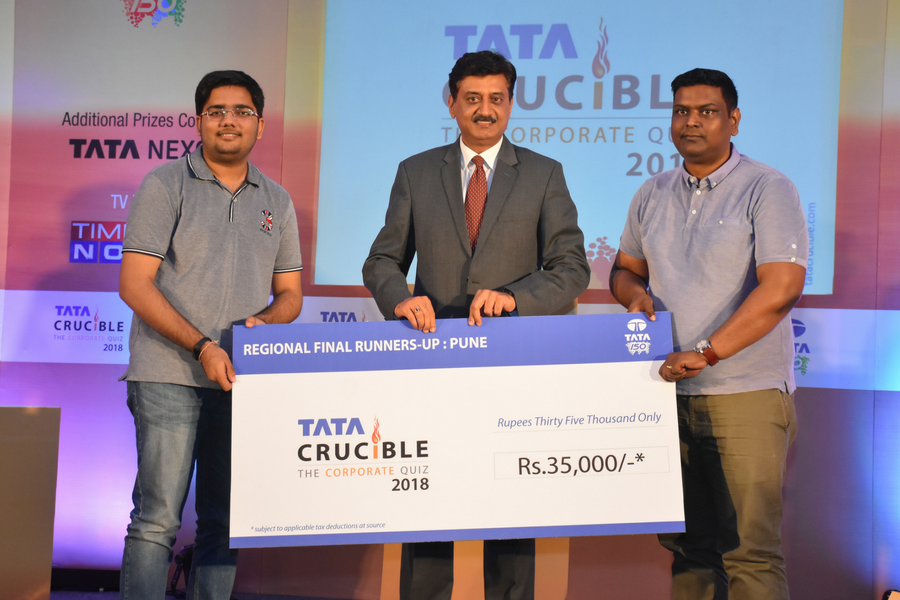 The Pune edition of the quiz was an interesting experiment with the venue moving to Hinjewadi for the first time. Over 75 teams battled as part of a tough prelim, hosted by Ms. Rashmi Furtado, that saw the following six teams in the final.

The finale saw fantastic battle with all the teams in the fray right into the first few rounds and even as the battle cross half way. There were phases in the quiz where TCS showed signs of being over cautious. They were just playing at the base value but in the end, it was a strategy they deployed to not take any negative that helped them win the quiz.

The teams from Infosys, Pepsico, Bank of Newyork and UBS were all at logger’s heads each coming up with brilliant answers from time to time. It was a neck to neck battle until the final question where all the five teams spare TCS had a chance for the runner-up title. It was UBS who took the final strike and won themselves the runner-up crown.

The TCS duo will travel to the western zonals. The guest of honour Mr. Sacheen Ratnaparki, Head TCS Pune, congratulated the teams and spoke of how knowledge has been the trigger for everyone in the modern world irrespective of whether they were at school, college or with a corporate.