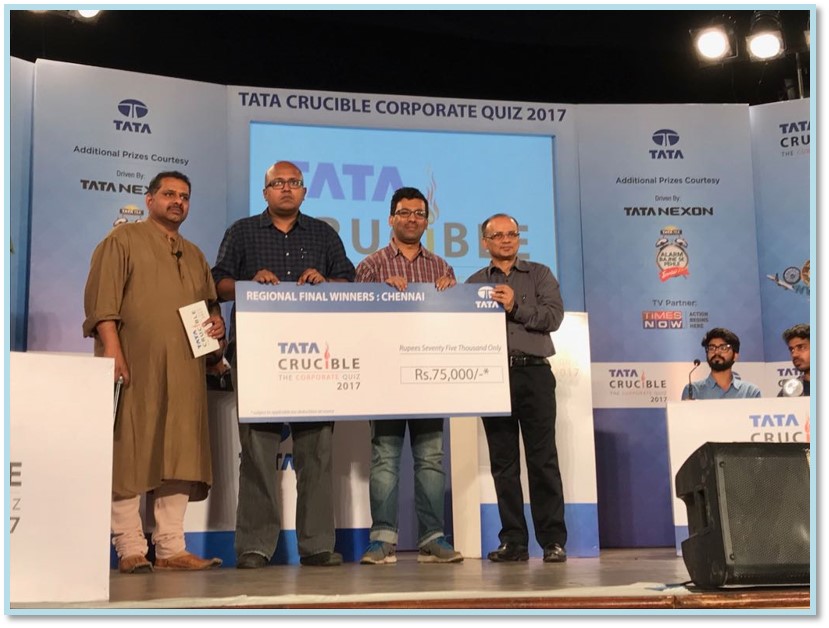 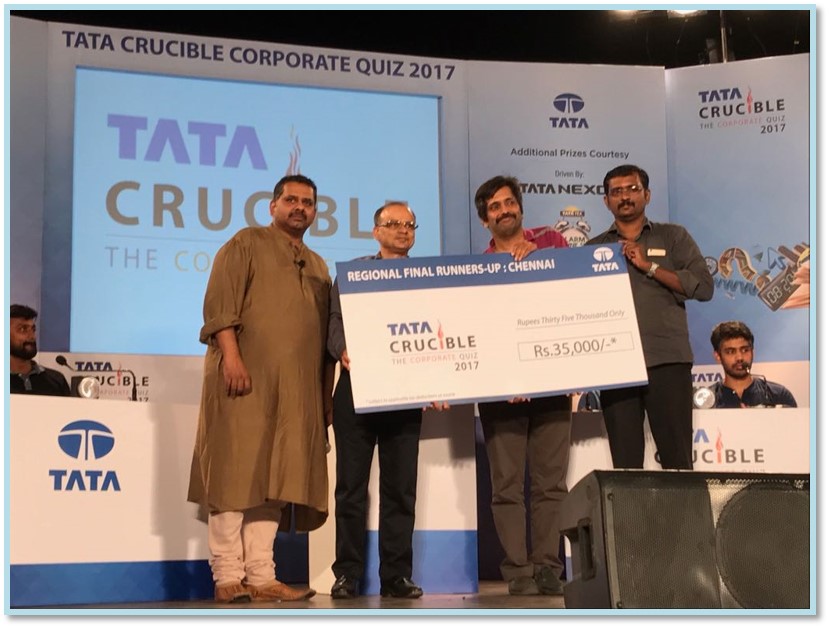 Over 100 teams, many new faces, and the Chennai edition of the quiz seemed a perfect mix of experience and youth. Quizmaster Pickbrain was very business-like as he got on with the questions in the prelim. It was a well-balanced prelim, as one of the seasoned teams put it. Some ‘unlimited’ servings of hot filter coffee and the stage was set for the final. The six teams that made it were:

The final was an amazing display of intellectual prowess coupled with enormous passion for the sport. While Ford, a regular finalist, had an off day not able to find the touch, it was the younger teams in Global Analytics and Infosys that did well in the early half.

It was however an amazingly well prepared TCS with Jayakanthan and Aniruddha Dutta that stunned the audience, storming the final with repeated hits on the buzzer and high value play giving no one a chance to even bounce back. They won with a score of over 1000. In the midst of all the excitement a steady, calm Madras Metallurgical team got themselves to finish runner-up.

The guest of honour, Suresh Raman, Head TCS Chennai, spoke of how he was impressed with how data was being downloaded at super speeds from the brain to the buzzer in a quiz like this. He drew parallels with high processing speeds in the computing world as he gave away the prizes.