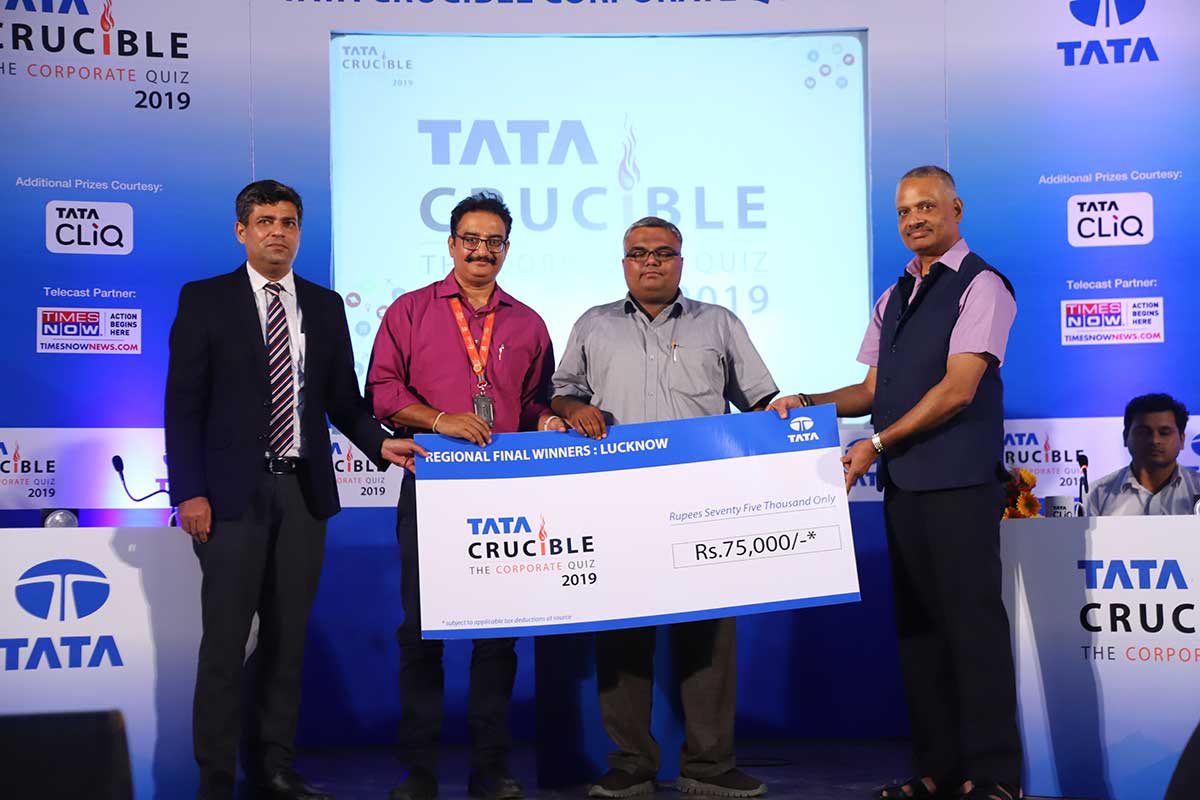 The historic city of Lucknow saw over 120 people being part of the city edition of the quiz. A fairly tough prelim led to the six final teams.

Traditionally, a couple of teams have dominated the Vizag edition of the Tata Crucible. All of that changed this year as the old order gave way to the new. Pickbrain who enjoys a huge following at Vizag had teams and their families on the edge of their seats as he went about the prelim in clinical fashion.The teams that made it to the final were:

The final started with PSU majors BPCL getting into a lead early on. They were followed closely by TCS and Tata Motors. Bank of India, the winners from a year ago were keen to make headway but, in the process, ended up with too many negatives.

The quiz progressed at a brisk pace and the lead position kept switching between BPCL and TCS. The attention turned to Bank of India as they made a valiant comeback and reached the third position. TCS in the meantime played out some brilliant answers to get into the lead.

At the end of the day, it was a well-played win for TCS with BPCL finishing a very credible runner. The chief guest Mr. Alok Sinha (IAS) Additional Chief Secretary IT & Electronics, Government of UP appreciated the teams. He also pointed out how the eco-system in the state was very conducive for start-ups. Mr. Amitabh, the head of TCS Lucknow was also present.