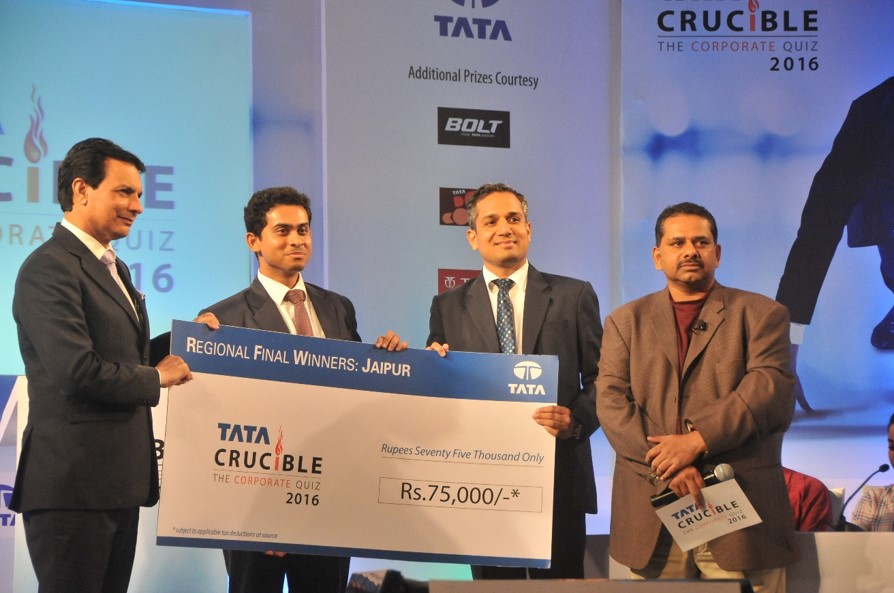 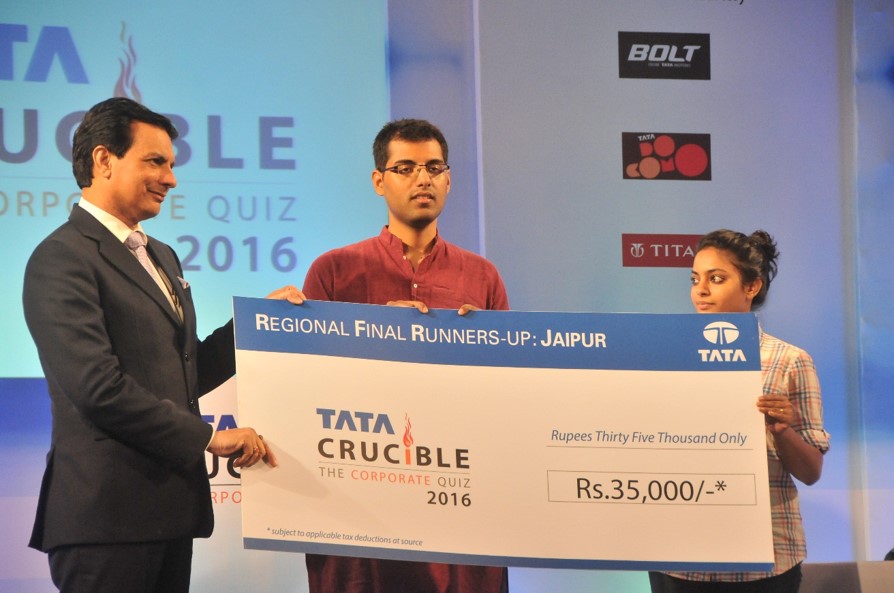 The historic city of Jaipur turned up with a record participation with over 140 corporates coming together for the quiz. After an interesting set of 20 questions in the prelim, the six finalists who made it were:

The final was cracking from the word go. Taj, the defending champions from the previous year, started well. SBI, Genpact and Wabisabi were also quick to score. The quiz was very competitive as it moved from one segment to another.

As the quiz moved into the final phase, it became a two team battle between Wabisabi and Taj. Wabisabi got into the lead with Taj trailing them.

It took some guts and out of the box thinking for Taj to get back into the lead, which they did. It all came down to the final question and Wabisabi took the plunge but misfired, having to settle for the runner up title.

Mr. Ashok Rathore, GM Taj Group of Hotels, Jaipur appreciated the teams and pointed out how the world has moved from agriculture to industrial to knowledge based economies.