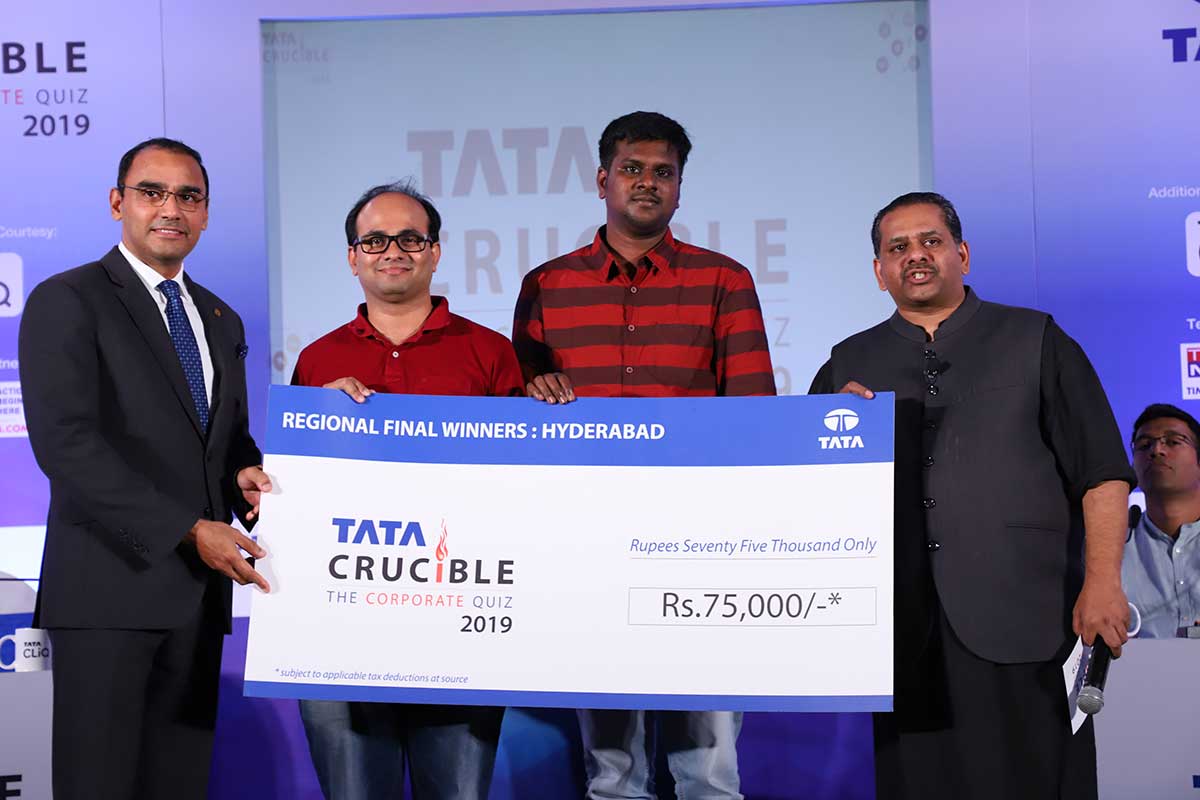 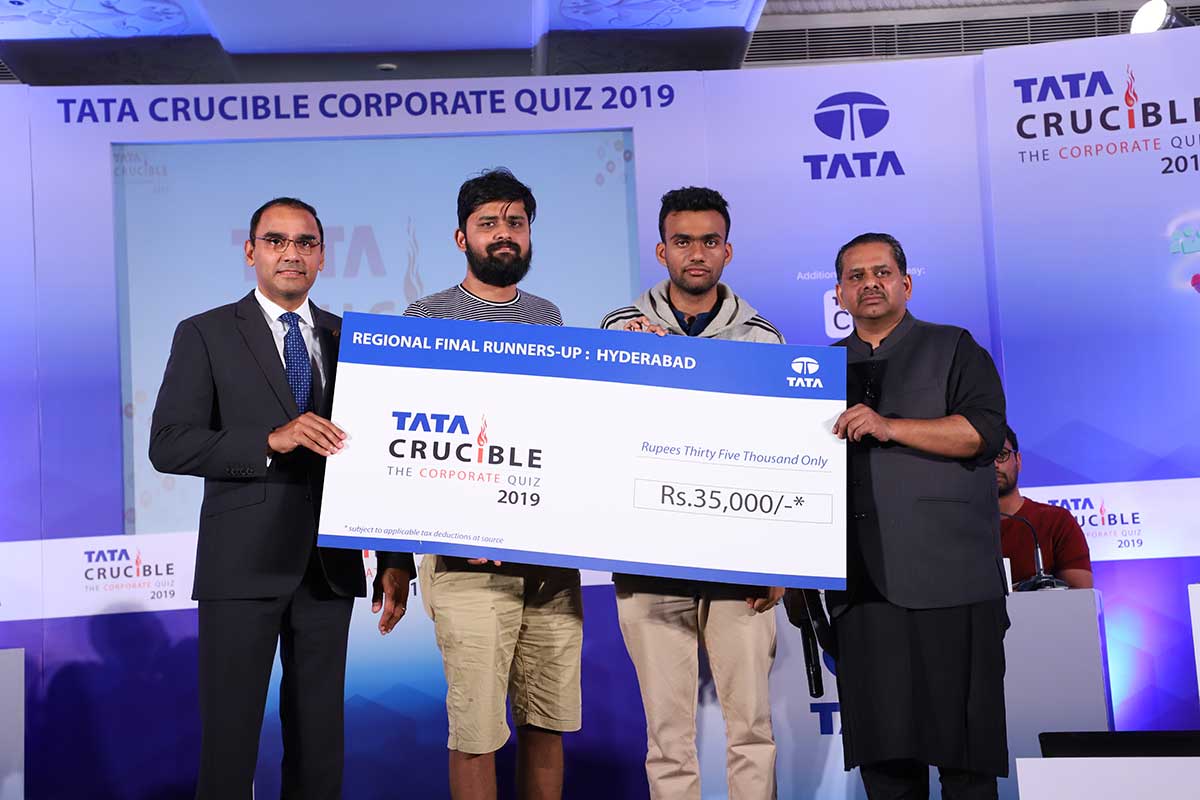 The Hyderabad edition of the quiz was held at the beautiful Taj Krishna. Pickbrain was very business-like with his approach in the prelim as he dished out of a very well-balanced set of questions. The teams that made it to the final were as follows

The final was a display of sheer speed and preparation by Sai Mitra, the National Champion team of 2017 who after failing to make it to the final a year ago were rearing to go. Their form was so formidable that they seemed to have won the quiz on the first three questions, racing to 450 points, leaving everyone gasping.

The battle for the second place were certainly tight with Deloitte, Google, and Infosys all playing well. However, it was the young duo of Arun and Adwait from Amazon who managed to get past the others and win the runner up title. Sai Mitra won the quiz with a national record score for 2019 from the cities the quiz has covered so far.

Pickbrain, given his vast experience rightly observed that it is not the victory of Sai Mitra that matters, as much as the manner in which they have done it. It is an alarm bell for all the serious teams across India, he said.

The chief guest for the final Mr. Ian Dubier, Area Director Hyderabad and GM Taj Krishna, spoke of how the city is a bed for young talent with all the MNC’s and start-ups. He also spoke of how the city has also fostered a learning culture powered by modern technology along with its rich heritage.