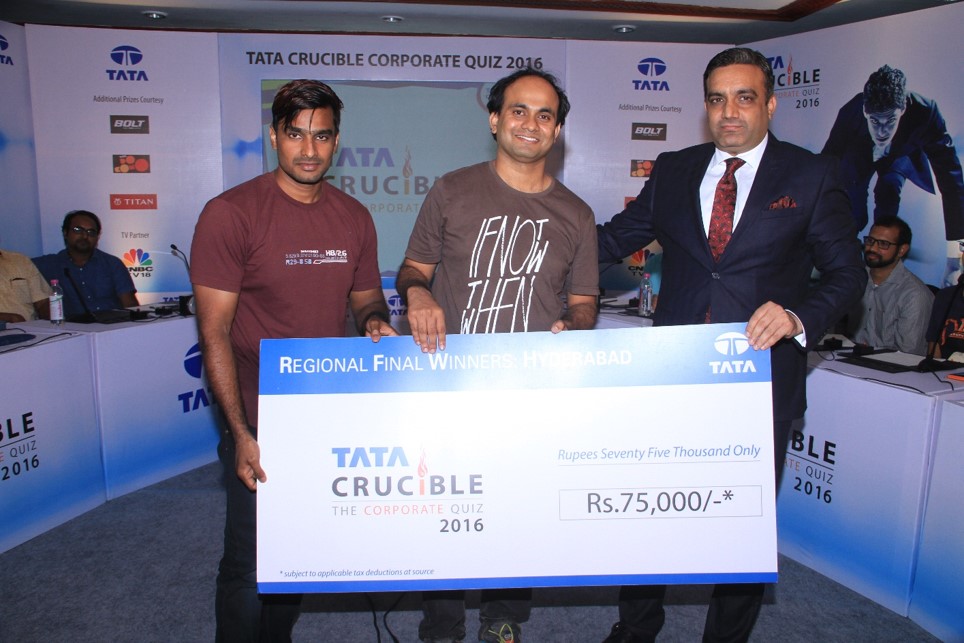 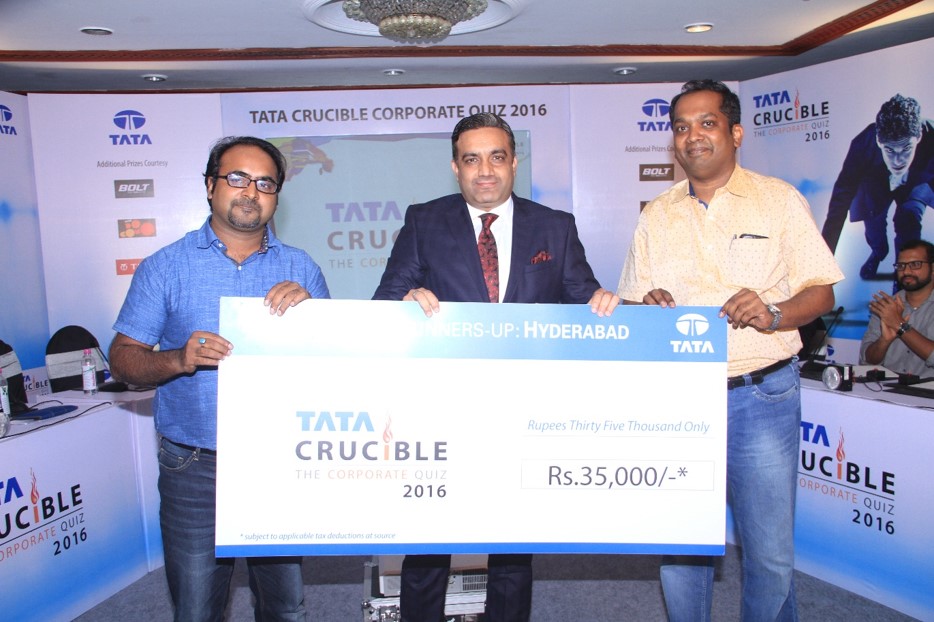 The city of Hyderabad witnessed hours of incessant rain that resulted in slow traffic and traffic jams. That however, was no deterrent for over 150 corporates, who braved the weather and the traffic to be part of the city edition of the quiz. Pickbrain presented a mixed bag of tough and easy questions leading to the six finalists.

The final turned out to be a hare and tortoise race of sorts with the duo from Sai Mitra Constructions blazing their way to a massive lead early on. As the other teams tried to catch up, they just kept at it and went from strength to strength amassing a score of close to 900.

The score not only got them into the next round but became a national record for the quiz this year. The team from Novartis did well to get to the runner up position. Others teams tried in bursts but could really not get going with Sai Mitra cracking almost everything that was on offer.

Mr. Hitendra Sharma, GM, Taj Banjara, appreciated the teams for not just being part of the quiz despite the conditions but for also an amazing display of knowledge.