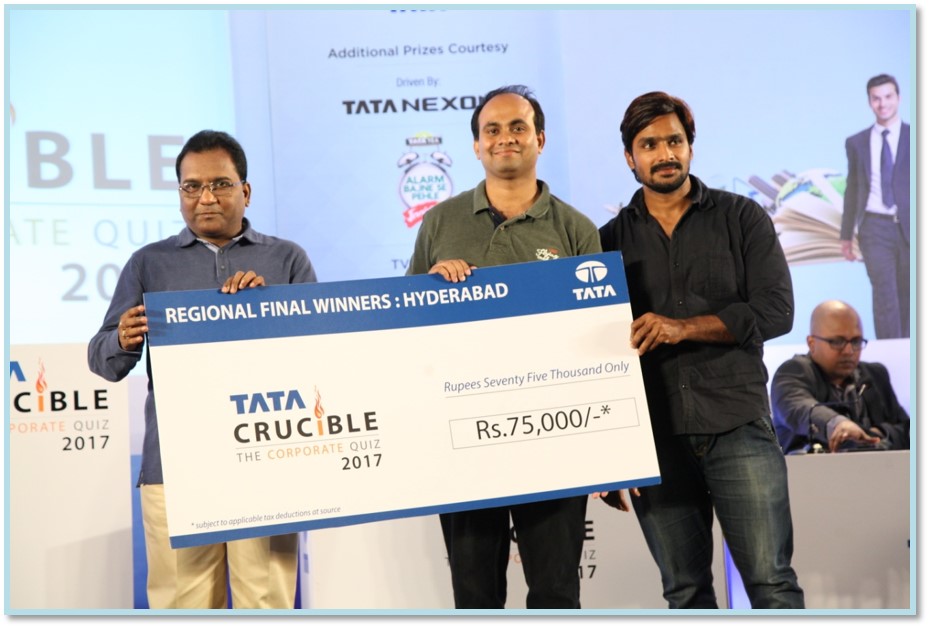 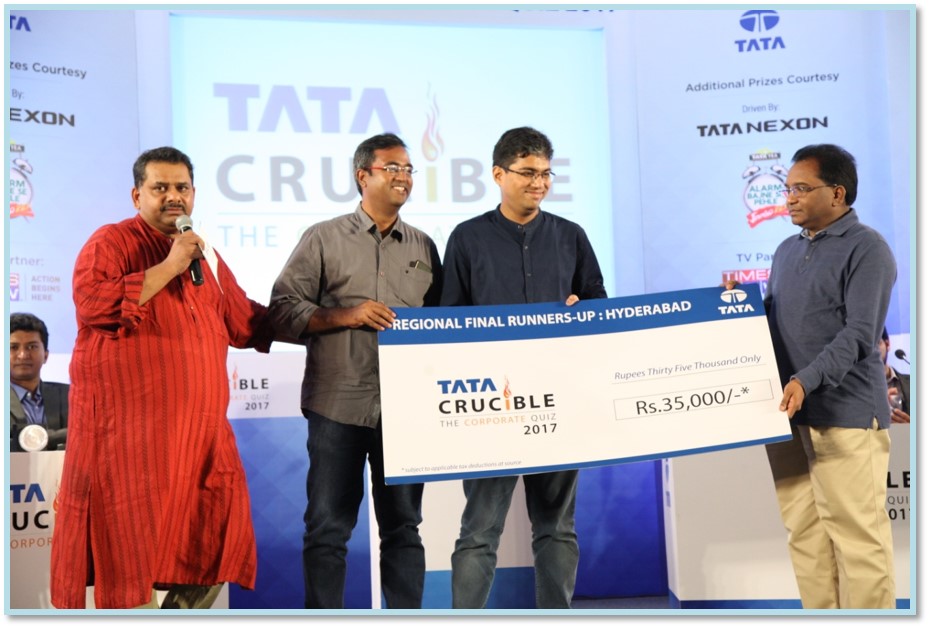 A packed hall with over 300 corporates at the Taj in Hyderabad, set the stage for the city final. Pickbrain, in typical style, got down to business from the word go and started the quiz with a crisp, preliminary set of 20 questions and that led to the finalists.

The final started with a young Novartis team upstaging the others with some aggressive buzzing. While it got them to an early lead, the other teams settled in and started a counter attack. It forced Novartis to keep the same strategy on for a little too long and it started to backfire as they picked negatives along the way.

As the quiz moved on the defending champions in Sai Mitra started scoring at will to establish and unassailable lead, moving over a 1000 crubits to finally create a new record at 1200 crubits. In the meantime, a sensible Tata Advanced Systems played a calm final to finish runner up getting the better of the others.

Mr.Rajanna, Regional Head of TCS, AP and Telangana gave away the prizes and appreciated the high voltage final.