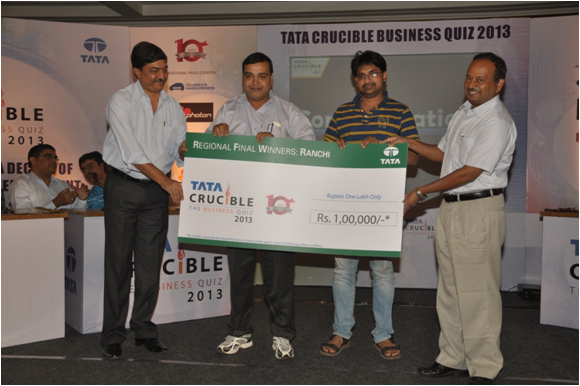 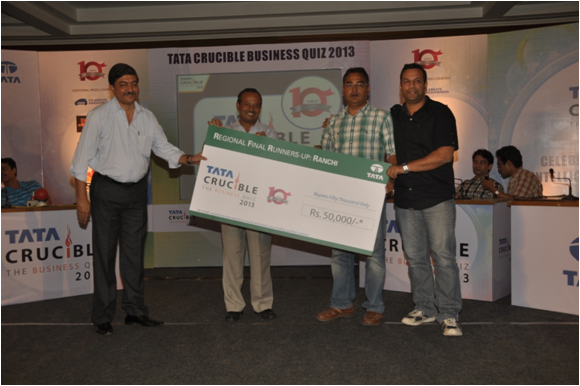 Ranchi always produces teams that do extremely well at the national rounds said the quizmaster Pickbrain as he started proceedings at a city where teams came from all across the state to compete in the regionals.

The final was fast paced, riveting and edge of seat stuff as teams fought hard to answer each poser. The teams that led early on were Bokaro (Fazal and Gupta) and Vodafone while it took a while for the others to catch up. It was in the Tata Round that Panda and Sampad from Rourkela Steel made a comeback of sorts with very good strikes.

In the rounds that followed they scored again to establish a 10 point lead over Vodafone and played very cautiously, not taking a single negative and playing the waiting game. In the end that 10 pointer proved a good lead as the quizmaster commented on their maturity of understanding the value of a 10 pointer in a quiz of this stature.

The guest of honour Shri Nagendra Nath Sinha, IAS, Principal Secretary to the Governor and IT Secretary appreciated the teams and said “In every field this region has shown great talent. You need to put in hard work and the key is to do it right, then you can reach any height”