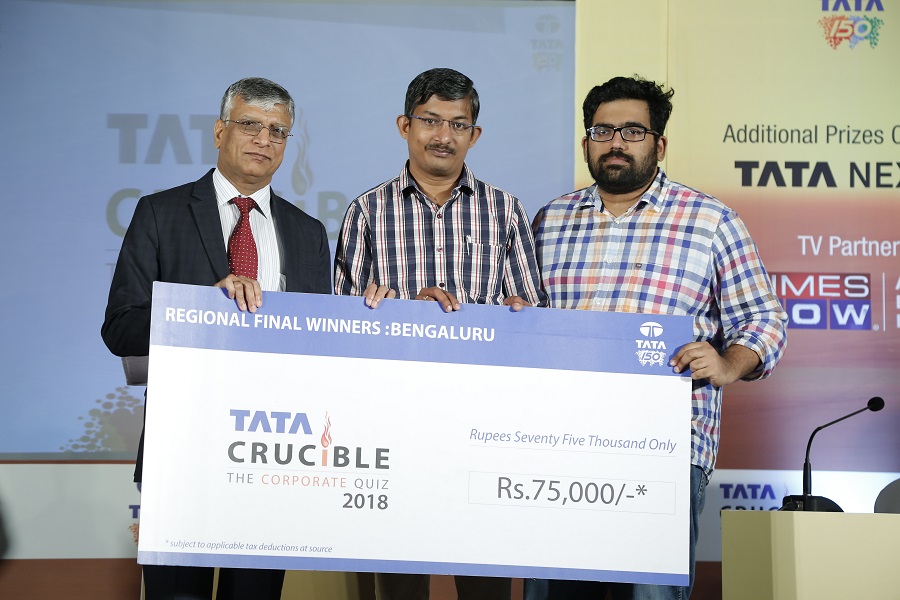 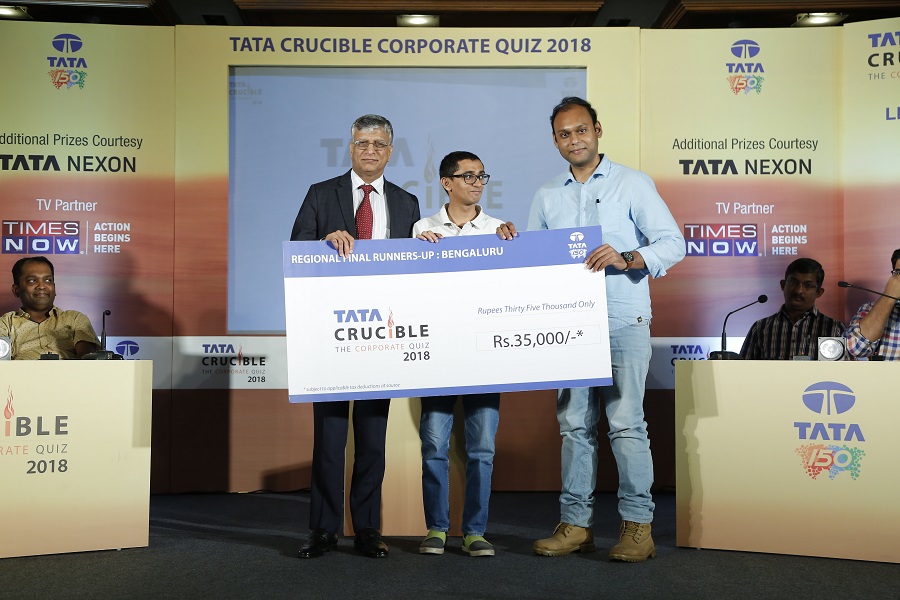 Over 300 quizzing enthusiasts filled the Taj ballroom at Bangalore to the brim. At the stroke of 3 quizmaster Pickbrain, took the stage and within minutes was underway with the prelim. His dash of humour and quick wit, the only things to cheer for the teams as the prelim was tough and left many wondering if they scored enough to qualify.

The final was pulsating, unpredictable to the end and riveting. All teams did well in bursts and no team really enjoyed a lead position for too long. The final also made the teams dig deep to work the answers out.

While Nexus, Strand, Red Scarab and Shell all did their bit, in the end, it was Strand and Nexus tied for the top spot with Red Scarab finishing just behind them. Nexus clinched the tie-breaker and retained the title, this time around by a whisker. Strand did well to finish runner-up.

The guest of honour Mr. Nagaraj Ijari, Vice President, TCS, appreciated the teams and gave them their prizes.