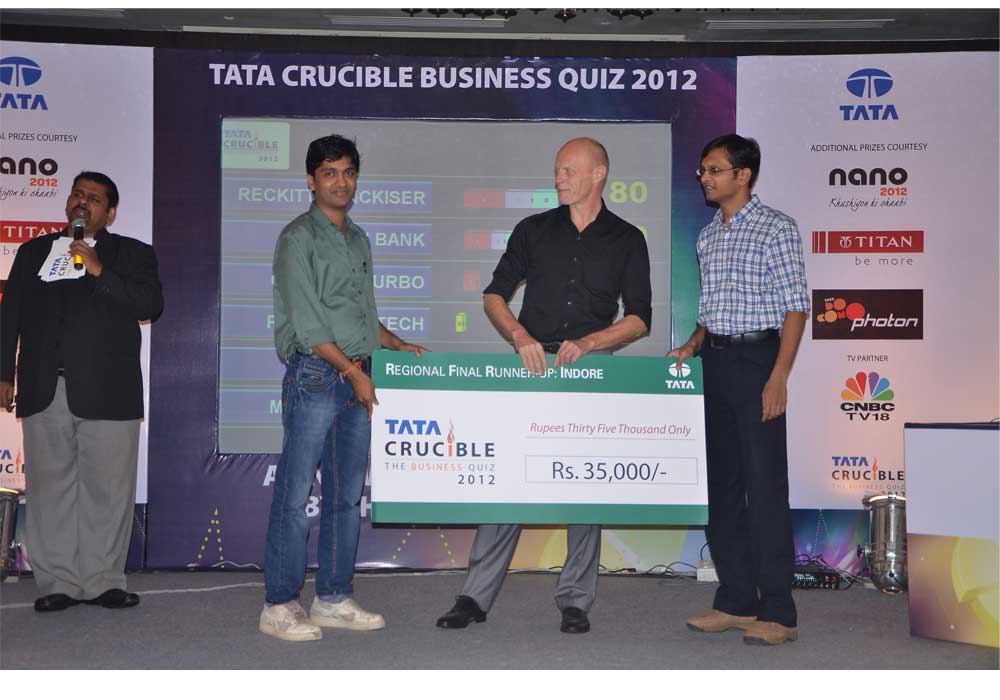 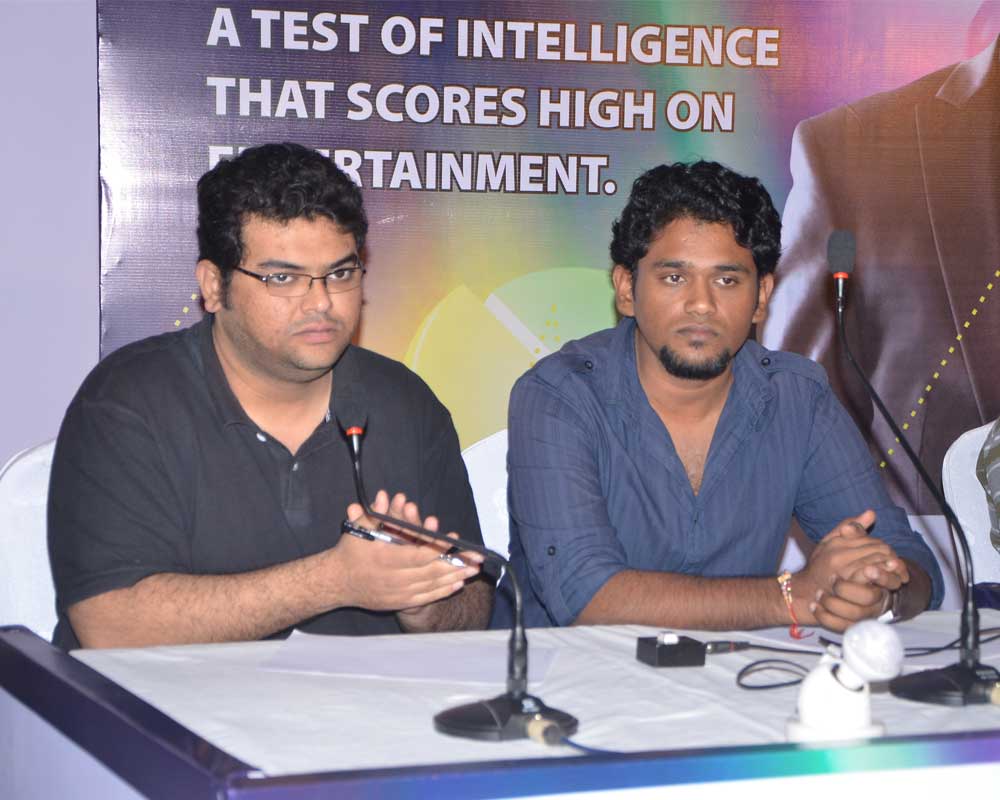 Team Manage Matics represented by Ashish M and Ashish Vaidya have been declared winners of the Indore final and IDBI Bank: Md.Zuhair Ali and Christopher Kurian as runner up. This is following the disqualification of Soubhagya Jena and Anirban Mohanty, who had won the event but were subsequently found in violation of a participation rule.

On a cloudy Sunday afternoon, one certainly did not expect to see 98 teams (a record) at a business quiz in Indore. It underlined the growing popularity for quizzing in this city and the scene looked tense even before the first question was asked. Quizmaster Pickbrain commenced proceedings on a friendly note explaining the rules of the game and then went ahead with his 20 questions for the prelim. The following teams made it to final.

The quiz started with Reckitt Benckiser and IDBI Bank starting aggressively and dominating the early stages of the quiz. As the quiz moved into the buzzer phase the duo from Managematics pulled back some lost ground in the round on the world of Tata’s with amazing answers.

The next couple of rounds saw Reckitt Benckiser consolidate its lead even further and there was no real doubt that they would win the quiz. IDBI Bank who were on 50 points trailing the leaders by 20 were the only ones with a realistic chance to challenge them. However, as the quiz moved into the final phase, the duo from Managematics who were a good 30 points behind IDBI decided to push on and amazingly came back question after question with brilliant answers that wowed the entire audience.

With one final question remaining Managematics needed to get it right to draw level with IDBI. Managematics cracked it to force a tie breaker and then got the tie breaker right as well to win the runner up title. IDBI which did very well right through the quiz was taken by surprise by this onslaught and caught off guard.

The guest of honour Chris Hansen of Tata International appreciated the excellent quality of the teams and the sharpness of the Indian minds.