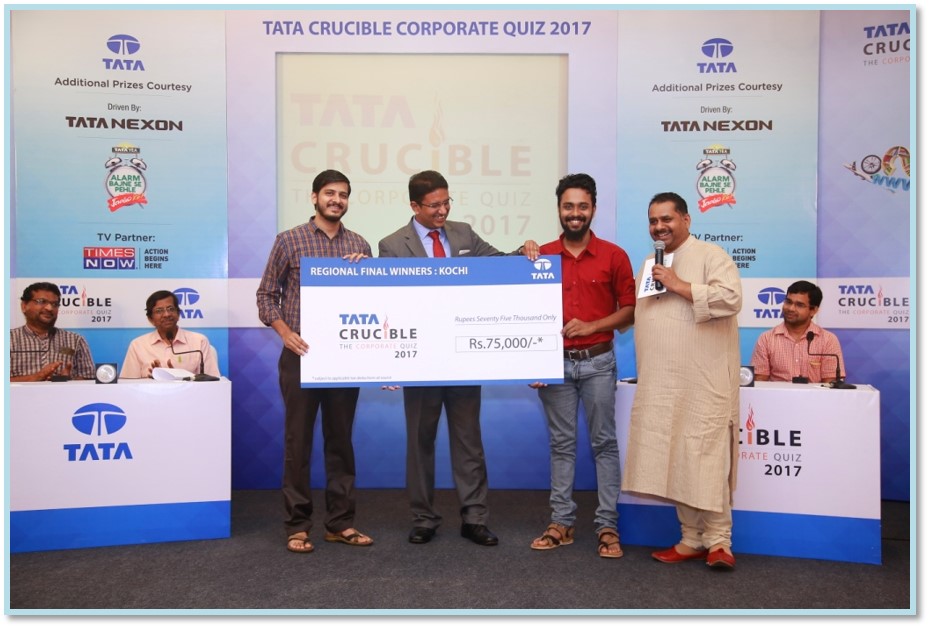 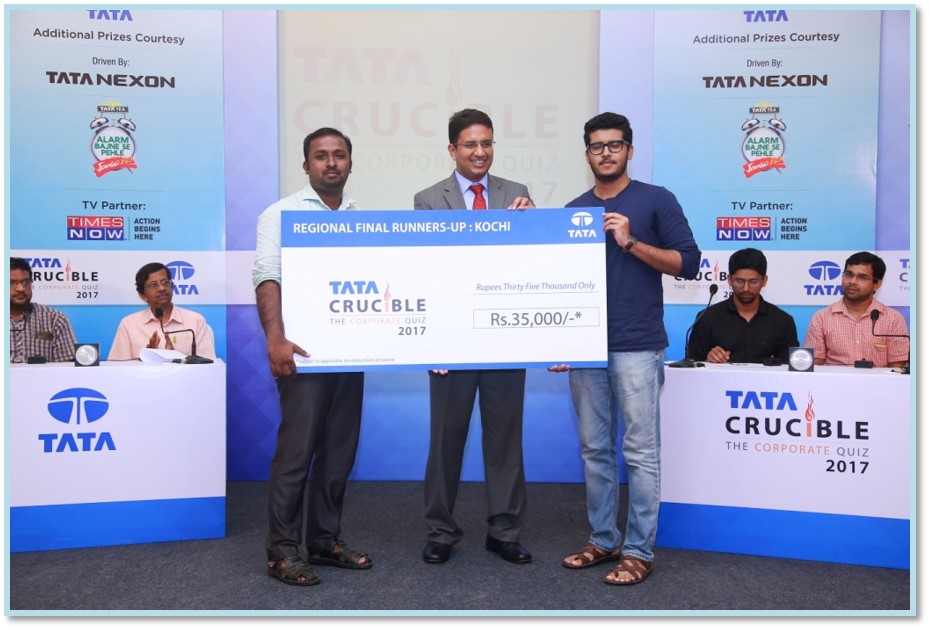 A pleasant Saturday afternoon at Kochi seemed a perfect setting for the city to host its Tata Crucible. Corporate teams from several industries like IT, media, manufacturing and consulting took part. A relatively simple prelim led to the finalists.

The finale was a very close battle right through the initial rounds with Federal Bank, Defence Accounts and Kraft Labs, all with their noses in front. The middle segment got these three teams ahead of the rest with Kraft Labs in front.

The quiz moved on and with a couple of good strikes Federal Bank got into the lead making the final really absorbing but they went for the buzzer one too many times resulting in negatives. In the meantime, Kraft Labs scored a couple of times and held their nerve till the last question by not being tempted to attempt unless they were sure, winning the title in a mature manner.

The guest of honour Mr. Sibi Mathew, GM Vivanta by Taj Malabar, spoke of how the state of Kerala was progressing at a rapid pace, be it business or tourism and it was these young corporates who were reflecting the same.