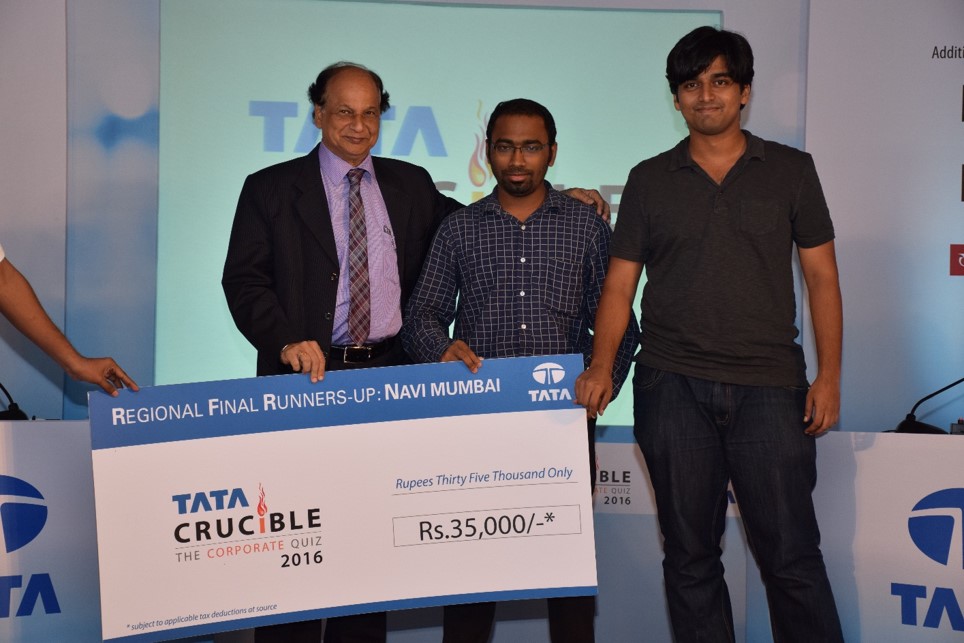 On a Monday evening, the otherwise work oriented Navi Mumbai corporates, always on the move, took a break for their edition of Tata Crucible.

With several new companies taking part the prelim was interesting. The stage was set soon for the six teams that made it to battle for the zonal slot and the Navi Mumbai title. The finalists were:

The finale started with Kotak Mahindra Bank blazing away on the first couple of questions to a massive lead powering themselves with high value attempts early on.Even as the first six questions crossed over the remaining five teams seemed to settled in on who would win.

As the quiz moved the bankers kept at it and reached a colossal score of over 500. The other teams did warm up to the final and a pitched battle was soon on for the runner up title.While FlyTXT did very well to get close to the runner up title it was the former champions Ideaforge who edged past them.

The witty quizmaster rightly pointed that â€œIf Kotak were not in the picture, it was a perfect battleâ€. An equally witty Capgemini duo pointed out that the total score of the five teams other than Kotak was equal to that of Kotak, at that stage.

It was this spirit, camaraderie and appreciation of knowledge by the finalists, rather than who won or lost, that everyone applauded.

The guest of honour, Mr. Madan Mohan Tripathy, Vice President HR & Business Excellence, Rallis India spoke of how such programs helped corporates achieve excellence and make it a part of their normal approach to work.