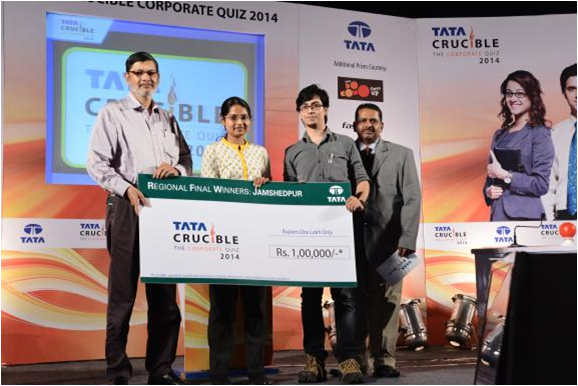 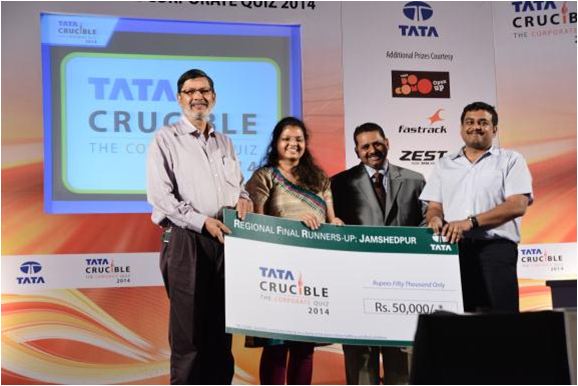 A cool breeze settled in as the evening dawned on the steel city. Close to 90 teams and a large number of school kids were present at the quiz. The city’s favourite quizmaster started proceedings recounting how the entire Crucible journey has started a decade ago at this very city as he belted out a very interesting prelim leading to the finalists.

The format kept the teams and the audience glued to their seats as the quizmaster went about his task and the teams kept gaining and loosing points in quick succession. At one stage all teams were in the negative except one team which was on zero and the witty quizmaster was quick to observe that it could be a team that wins a quiz with a zero for the first time.

The guest of honour Mr.Anand Sen, President TQM and Steel Business, Tata Steel congratulated the teams and observed that it was heartening to see two young ladies win the top two prizes.