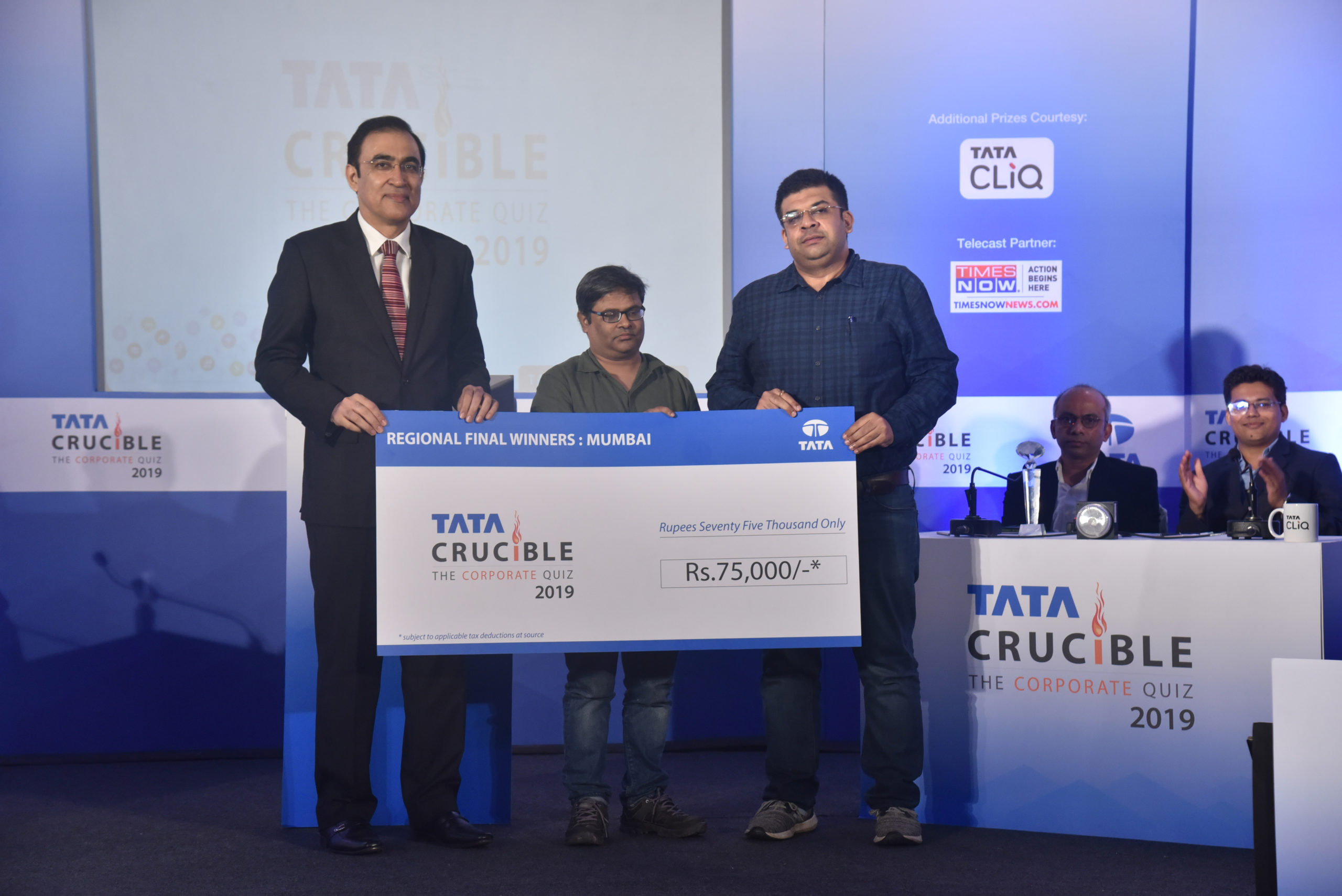 It’s one of biggest cities for a Tata Crucible thundered quizmaster Pickbrain. Little did one realise it was a warning for one of the toughest prelims of the season to follow. Six worthy teams made it to the final.

The final started with IndusInd Bank getting off to a flying start. While all the other teams on stage were regional champions from the history of the quiz and one expected a tough fight, it turned out to be a rare final dominated by one team. As the others tried to play catch up, they ended up with negatives that made it even more difficult for these teams as IndusInd played out a flawless final by not taking any negatives.

The duo from Deloitte were rewarded for not being adventurous and sticking to the score they got helping them finish runner-up. The dominant performance of the bankers was appreciated by all the teams who walked straight to congratulate them after the quiz.

The chief guest Mr. Rajiv Sabharwal, MD & CEO of Tata Capital gave away the prizes. He spoke of how learning being honest to your company and community are the pillars of success in the modern world we live in.