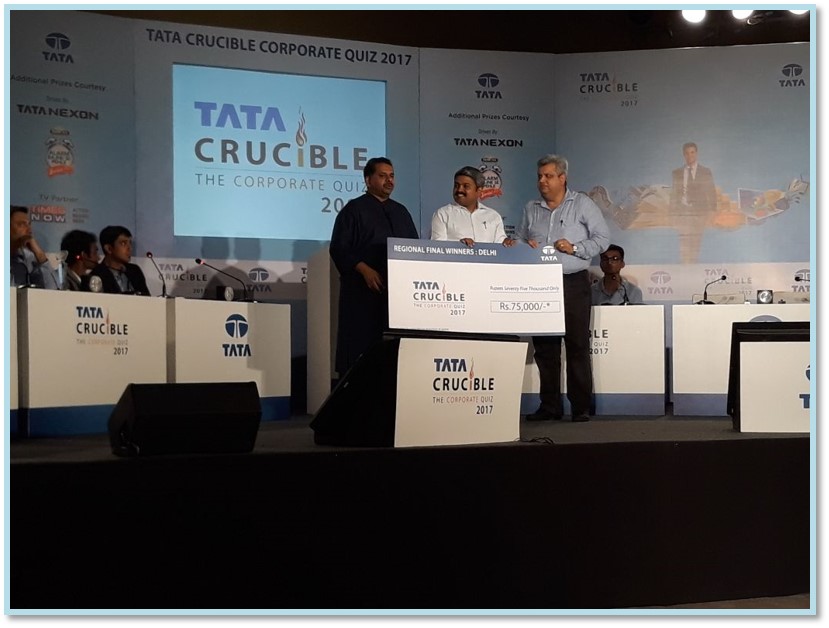 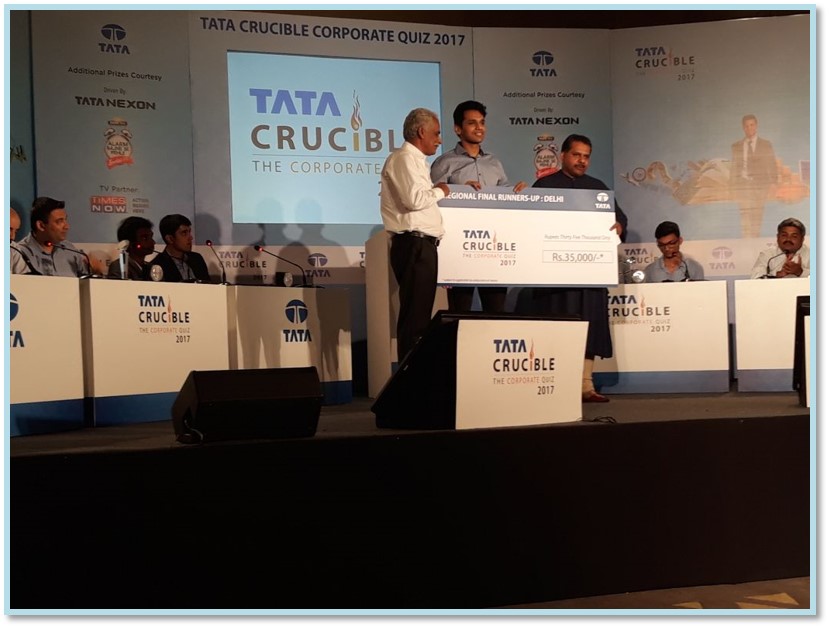 It was a weekend, Delhi had been waiting for. Close to 200 corporates were part of the Tata Crucible at the national capital. The battle began with an interesting prelim of 20 questions which led to the top 6 teams making it onto the stage. The Delhi finalists were:

The final was a very absorbing battle with NTPC, HCL, Geo and Indian Oil all playing well. With every passing question the battle seemed to get tighter. The teams looked tense as the game moved on.

The second half of the quiz was equally tense. The HCL and NTPC teams did try to move ahead but it quite wasn’t their evening despite some stunning answers. The team from GEO then went into the lead with Indian Oil right behind them but the battle was far from over.

On the final question, trailing Geo by one answer, the Indian Oil team took the risk and cracked a tough question about RBI to clinch the title while Geo Transport did well to finish runner up. India Oil moved into the North Zonal, where all the champions teams from across northern India would participate.