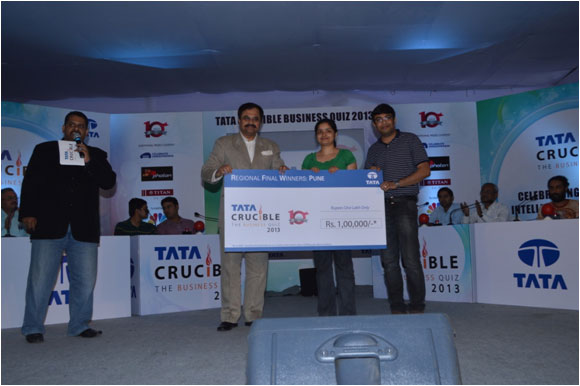 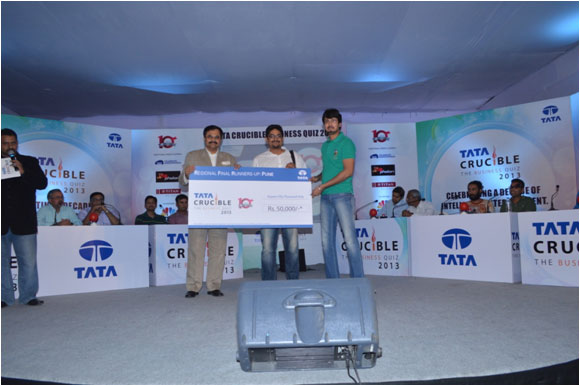 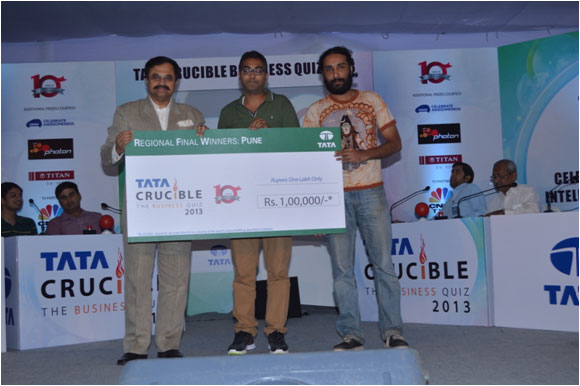 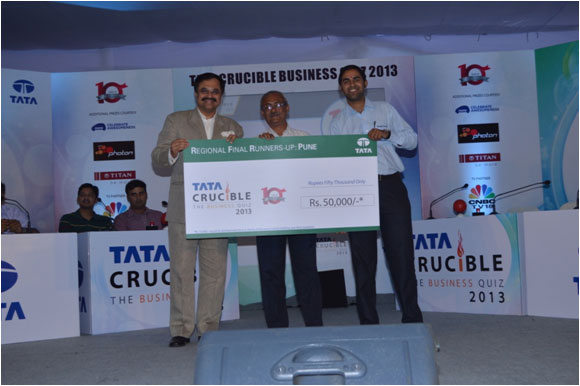 If one is destined to win, nothing can come in way of that occurrence is a belief that played out completely at the Pune edition of the quiz. The afternoon began with over 100 teams braving the rains to attend the prelim from which the following teams made it to the final in the respective tracks, Pune being the first of the Tata Track cities:

The Tata Track of the quiz was quick, tense and exciting and after the first couple of rounds became a head on battle between TCS and Tata Sky which the former clinched in the final rounds with some swift answers on the buzzer.

The external track for non Tata executives started on a humorous note as one of the teams that qualified on stage were not at the venue and were replaced by the professors from Asma Institute who finished 7th. Pickbrain then called on Team Tech Mahindra and one of the team mates walked up to tell the quizmaster his teammate had to leave on an emergency and the eight team in the prelim, IBM was called on stage. As if fate had scripted the edition, it turned out after five rounds of quizzing that IBM and Asma Institute were the winner and runner up!

The guest of honour Mr.Mahipal Singh the Head of Vivanta by Taj Blue Diamond, wished the teams the very best for the finals and gave away the prizes.