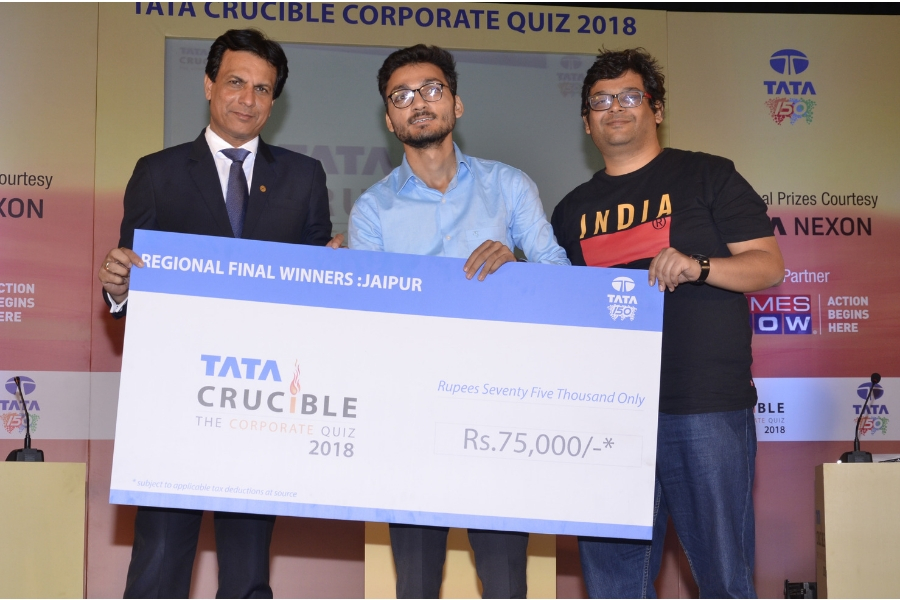 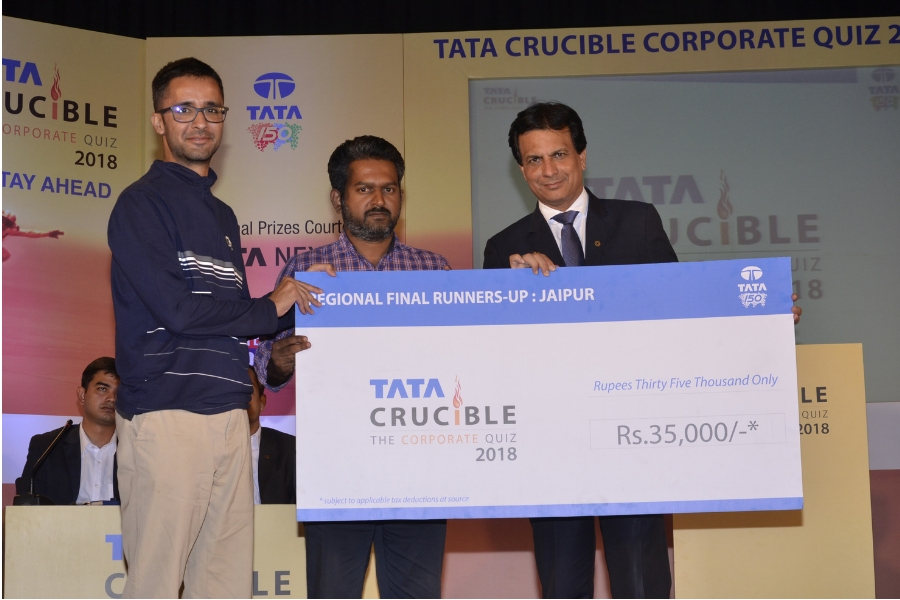 RUNNER UP:Centre for Science and Environment

The Jaipur edition of the quiz was along the lines of the recent past with a tough battle from the word go. The teams requesting to be seated separately was indication enough of the seriousness attached to the event here. The top six teams that made it was:

The finale saw a quick start by defending champions Handakafunda putting early pressure on the other teams. It took a while for the others to regroup as CSE and Bank of Baroda started doing well and moving along.

Late into the second half, the quiz witnessed a comeback from the Indian Hotels duo, who are former champions from here, but it was too little too late despite some outstanding answers. The Handas kept moving ahead giving no one a chance of retaining their title with authority.

The second place was now keenly contested by the banks and Indian Hotels but CSE stood out and won their first podium finish. Mr. Ashok Singh Rathore, GM, Rambagh Palace, spoke of how the Tata Group in the last 150 years has shaped its philosophy around the concept of sharing and giving back much like a quiz where one shares knowledge.