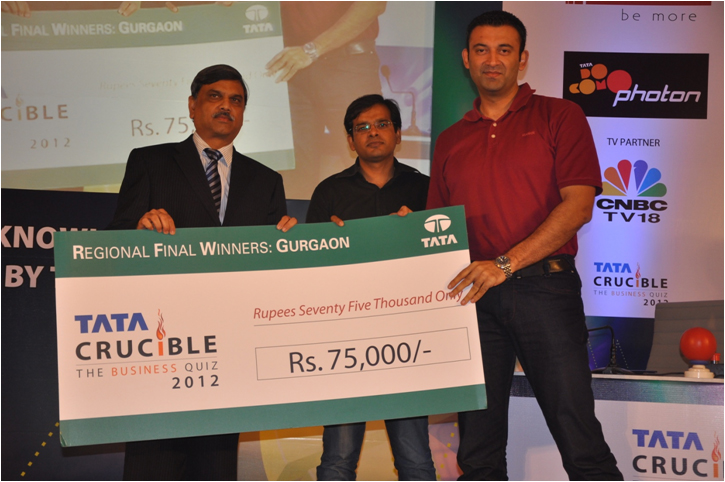 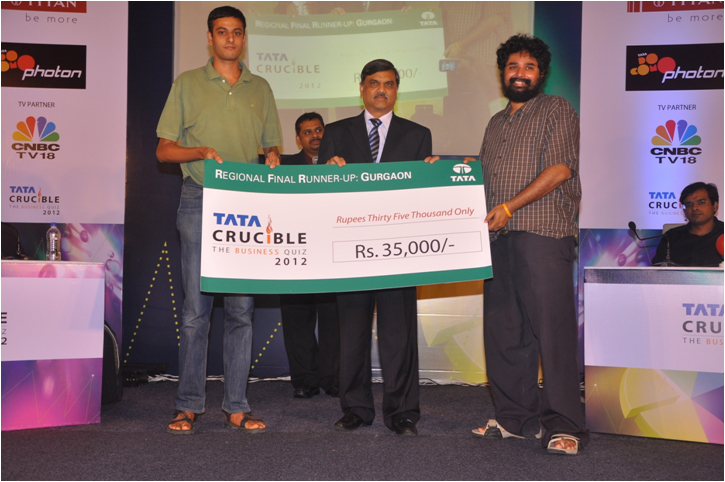 It was a double header with a difference. For the first time Tata Crucible was experimenting with two editions back to back at Delhi and Gurgaon recognizing the growing corporate presence here. A healthy turnout of 60 teams, for a debut edition, was indicative of a good assessment of potential that also meant a tough prelim given the quality of teams that participated.

The final began with the quizmaster stumping all the teams with a new format as compared to Delhi. With most teams getting off the blocks soon, it prompted Pickbrain to comment “We seem to have a thriller on our hands”. As the quiz zipped from one round to another the spacing out of teams started as Genpact, Reckitt and Times Internet moved ahead of the rest.

The onset of the buzzers saw Genpact take a quick lead and get to a comfortable position but in the next couple of rounds, Times Internet and Reckitt did very well to narrow the gap. Just when it all seemed like an easy win for Genpact, they took a surprise negative on the buzzer to make the final round an absorbing one.

However, with Times Internet and Reckitt both splitting points on the next set of questions it was a tie for the second spot that led to Genpact emerging champions. In the tie breaker that followed Reckitt missed out resulting in Times Internet inching to the runner up position.

The guest of honour, Mr. Alok Kumar, VP and Global Head (Shared Services Division) TCS appreciated the teams for a high quality final and noted that such forums are important ass “Knowledge sharing platforms that serve as a catalyst for one to stay ahead of the learning curve”.