Fresh Bite march on at Chandigarh 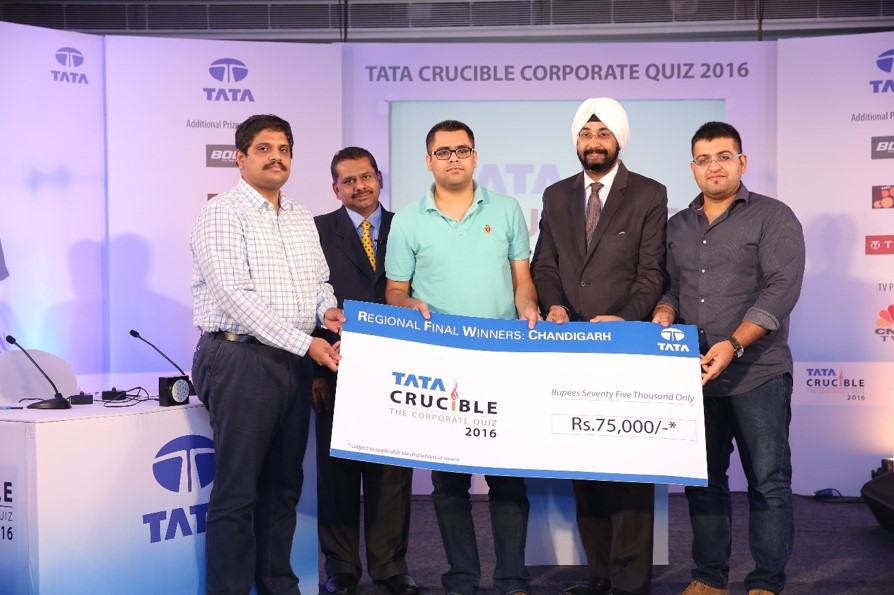 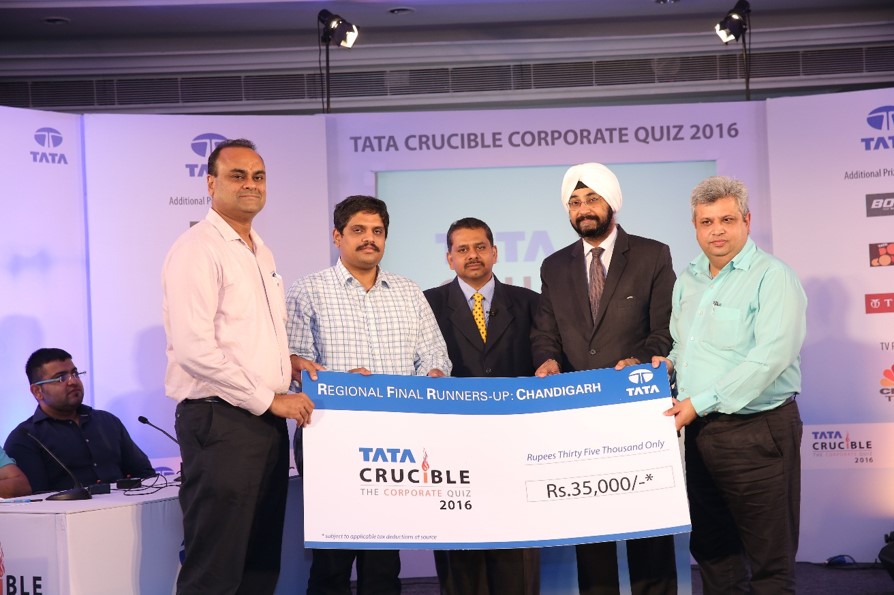 The land of Corbusier witnessed close to 150 corporates coming together for their edition of Tata Crucible. Pickbrain got on stage and down to business within minutes setting the tempo with a crisp prelim. The six teams that made it were:

Starting the final, the seasoned quizmaster pointed out how cities like Chandigarh threw up teams from all sectors, from regulatory authorities to the public sector to the start-ups to academia. The battle too, seemed equally distributed as teams ran an even race early on.

Well into the first half it looked like Indian Oil would score a massive win but they could not sustain the aggression they showed early on.

The Infy duo of Manu and Deepak came up with some really good answers to get into a strong position. The team that was scoring and losing was Fresh Bite.

RBI did well to reach a hundred but in their attempt to move forward they missed out. In the mean-time a relentless Fresh Bite clawed their way back into the game and were almost on par with Indian Oil and Infosys.

As the quiz moved to the final phase, Infosys made one mistake that knocked them down while Indian Oil seemed too nervous to take their chances. Making the best of this, Fresh Bite continued to take chances and got the better of everyone to win a memorable title. Indian Oil settled for the runner up.