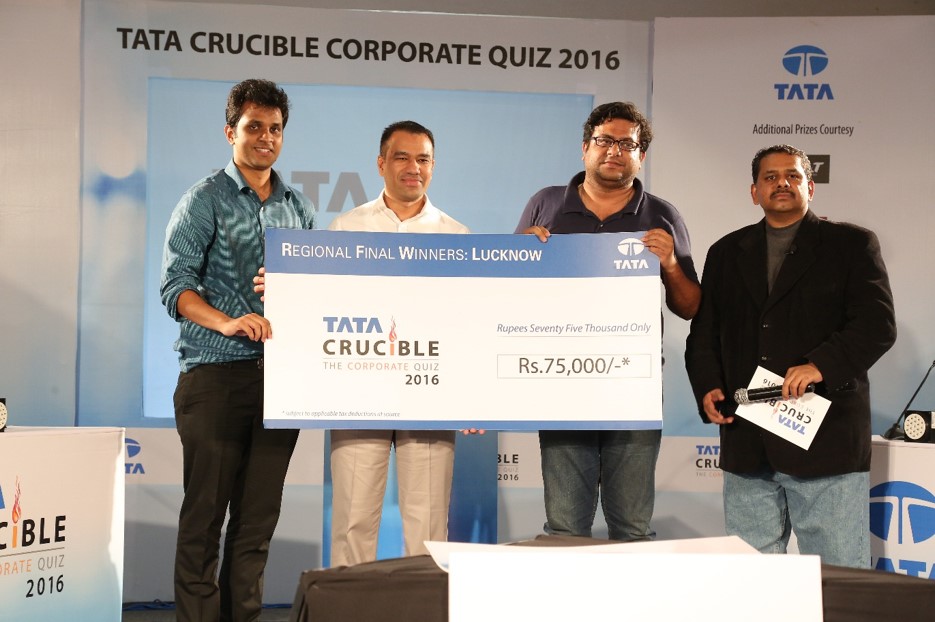 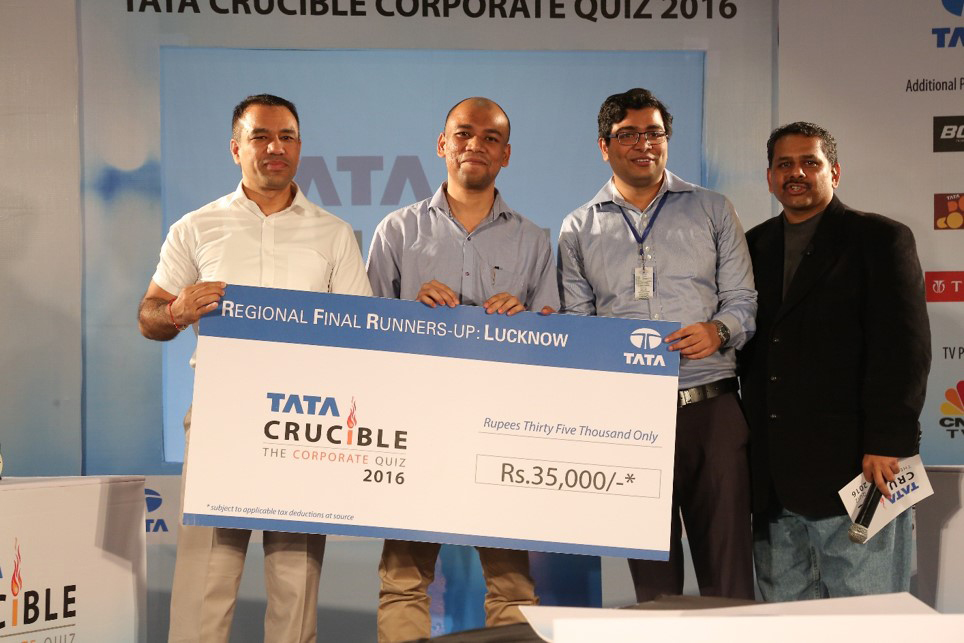 The historic city of Lucknow witnessed a close battle both in the prelim and final of their edition of Tata Crucible.

The prelim was not too tough but teams missed a few easy questions to complicate their own cause. The six teams that made it were:

The final was an absolutely riveting battle with E&Y and the Govt. of UP taking an early lead as TCS caught up very quickly but with cautious 50 pointers. As the quiz progressed the Railways team clawed their way into the quiz with some good answers.

In this exciting battle the Tata Motors teams also joined in and at one stage there was hardly anything to separate all the teams. As the pressure mounted E&Y took some brave chances and moved ahead towards the end of the second segment.

The Railways duo came close to them with good strikes while the Govt. of UP were sportive but lost ground trying to catch up with these teams.

The guest of honour, Mr. Navniet Sakera (IPS) IG of Police Lucknow, UP appreciated the teams and underlined the need to stay sharp.