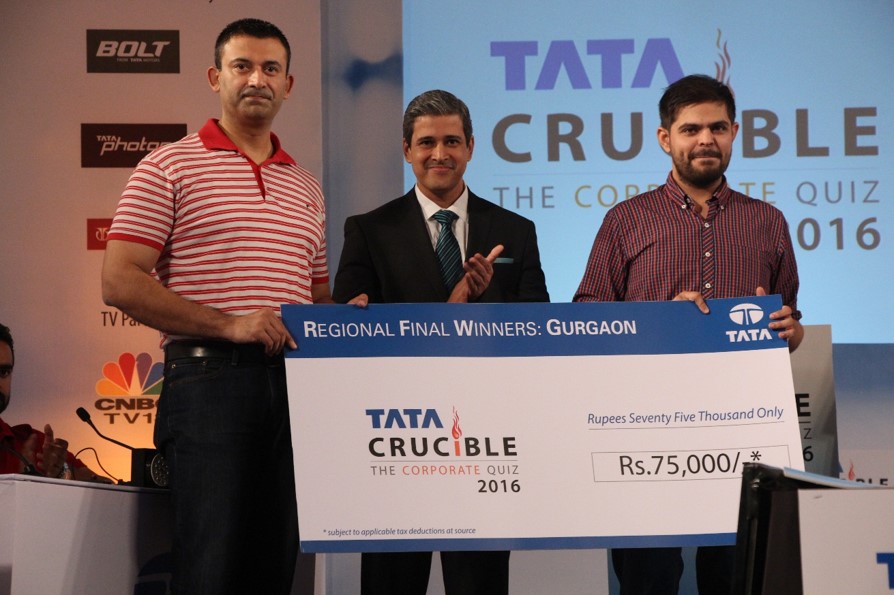 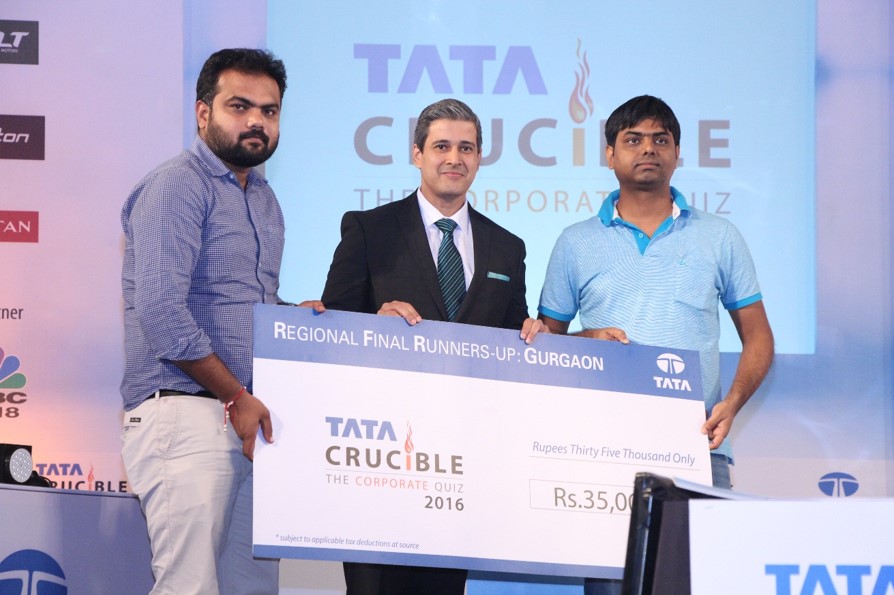 It is a city that has always sent a champion to the national final, thundered Pickbrain, as he got underway with the Gurgaon edition of the quiz.

The statement was followed by a prelim which was clearly a notch or two higher than most cities. The six finalists who made it were:

The final was an absorbing battle for the first phase with all teams being careful and tentative. While teams cracked posers that seemed difficult with great ease, they were quite on other workable ones to the surprise of many.

P&G managed to ward off some stiff challenges from Cognizant and Blue Stacks to finish runner up. The guest of honour Mr. Manu Sharma, GM, Vivanta by Taj, Gurgaon, gave away the prizes and appreciated the teams for keeping in touch with what was happening in the world of business.