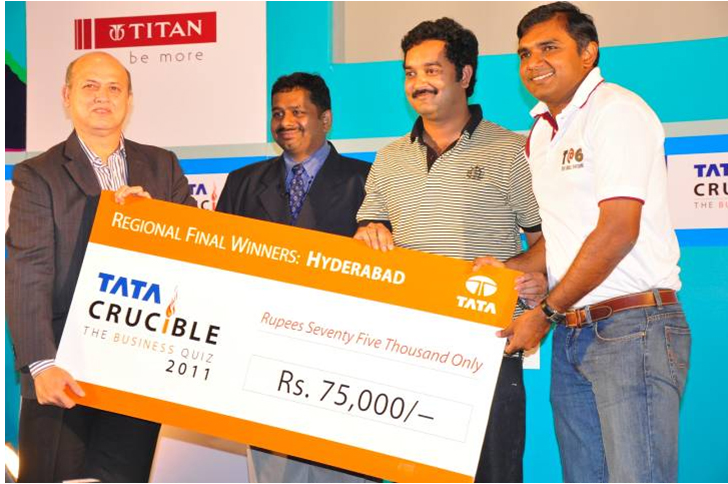 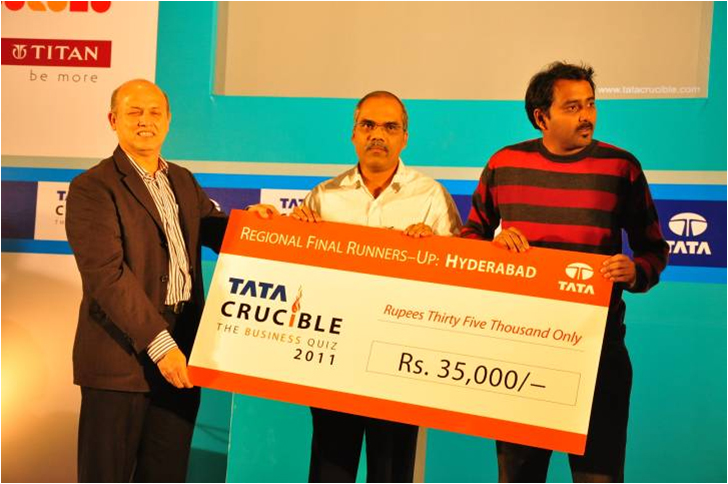 The 2011 Corporate edition of Tata Crucible rolled out from Gods Owns Country witnessed by over 200 people as a consistent Malayala Manorama team clinched the title. Known for their cool and calm approach Arun Thomas Abraham and Ranjit Wilson got past some young challengers from Swadhist Foods and Arbitron India.

Quizmaster Pickbrain had an interesting volley of questions for the prelim that started with a question on Rabindranath Tagore as a tribute on his 150th birth year.

The final was an absorbing battle that had all teams start well. The Malayala Manorama duo then raced ahead to a good lead before the Swadhist Foods team caught up with Malayala Manorama aided by good strikes on the buzzers.

Arbitron represented by a young team did make some good moves but fell short of being able to produce that magic more often. The seasoned FACT team had a bad day and missed out while the emergence of a lot of new teams was seen as a good reflection on the growing talent base in the state.

When the quiz just seemed to be heading for a nail biting finish the Malayala Manorama guys decided to step up the pressure with some timely strikes that clearly took them to the top slot leaving Swadhist Foods to settle for a very credible runner up position. It even prompted the quizmaster Pickbrain to comment, “They (Malayala Manorama) were almost patenting the tie-breakers in the past but this time they have ensured they will win with lesser tension”

Mr.Suman Dutta Sharma, the GM of Taj Gateway gave away the prizes to the winning teams

Few days after the quiz,

Post declaration of Cochin round winners, Team Tata Crucible received complaints with respect to the validity and participation of Swadhist Foods who had finished runner up at the live quiz, with respect to the two team members not being from the same company. Post an enquiry it was found out that one of the team mate of Swadhist Foods had taken part in the capacity of a ‘consultant’ to the company and NOT as a bonafide full time employee, being clearly against the rules.

The participation of Swadhist Foods has been therefore disqualified. In view of this decision, the team from Arbitron India which finished third would now be elevated to the runner up position and being advised accordingly.

The Revised Results of Cochin Regional Finals now are