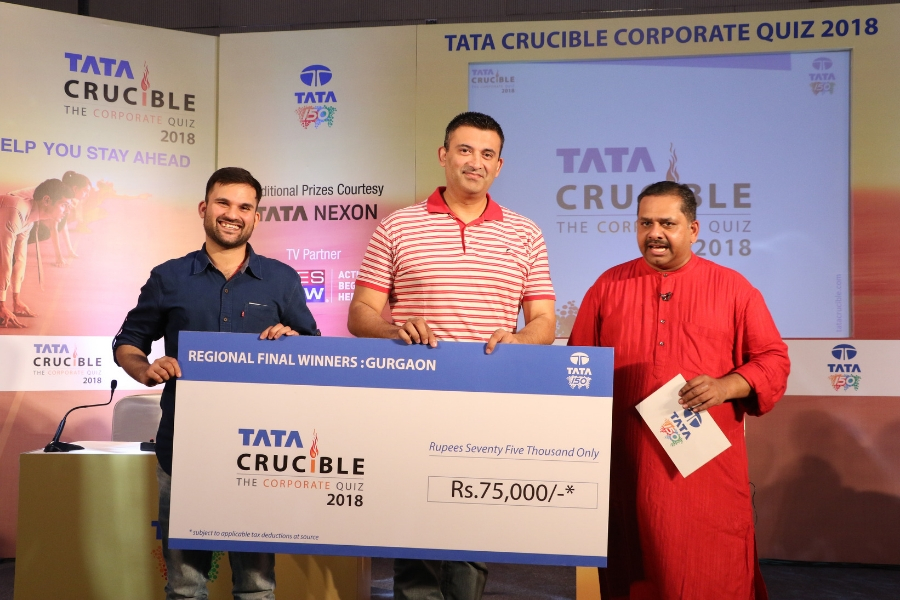 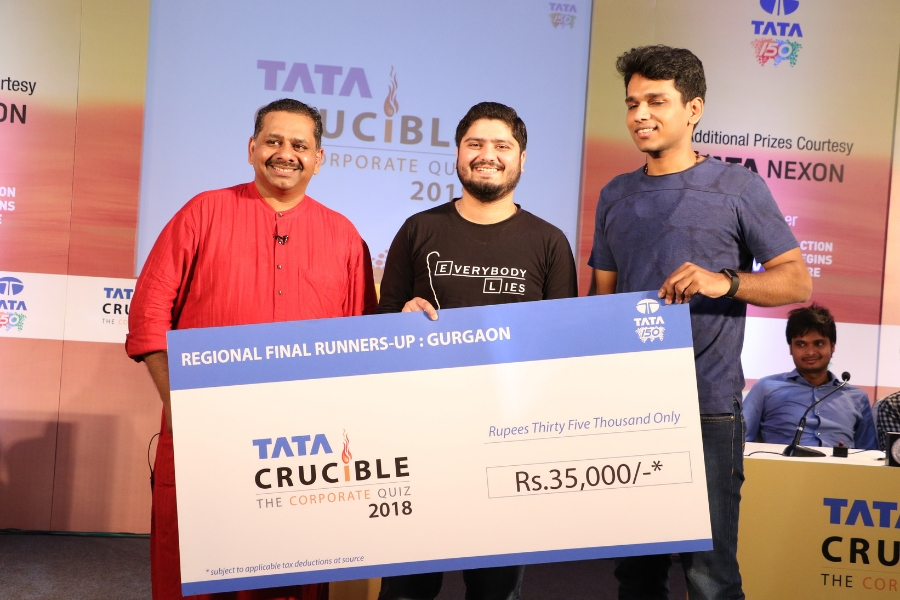 The Gurgaon edition of the quiz saw more than 120 corporates as part of the prelim that was tougher than many other cities across India. Quizmaster Pickbrain observed how the city was a reflection of the aspirations of India and brought together seasoned corporates and start-ups. The finalists who made it onstage were:

The final witnessed Deloitte with prolific Tata Crucibler Rohan Khanna on stage, starting with a bang and maintaining a fast tempo to ensure no team got anywhere close to them. They have incidentally, never lost at Gurgaon.

The battle for the runner-up was close and eventually, it was Ernst and Young that got ahead of the rest of the teams to clinch the 35K cheque. The teams from OYO and Hero Motocorp played very well but could not get themselves into the top two positions.

Deloitte will now represent Gurgaon in the zonal in their quest to make it to another national finale.