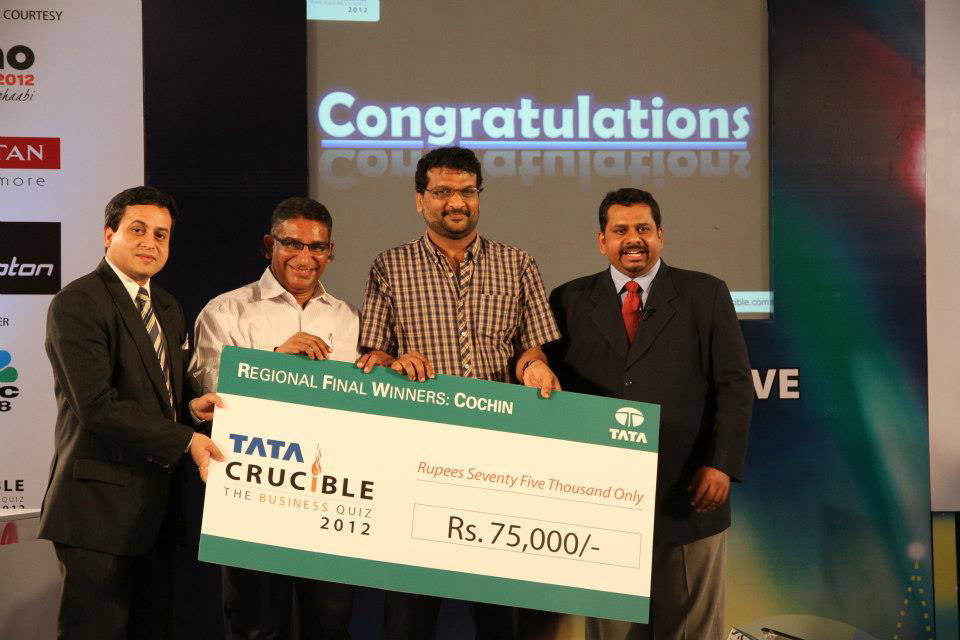 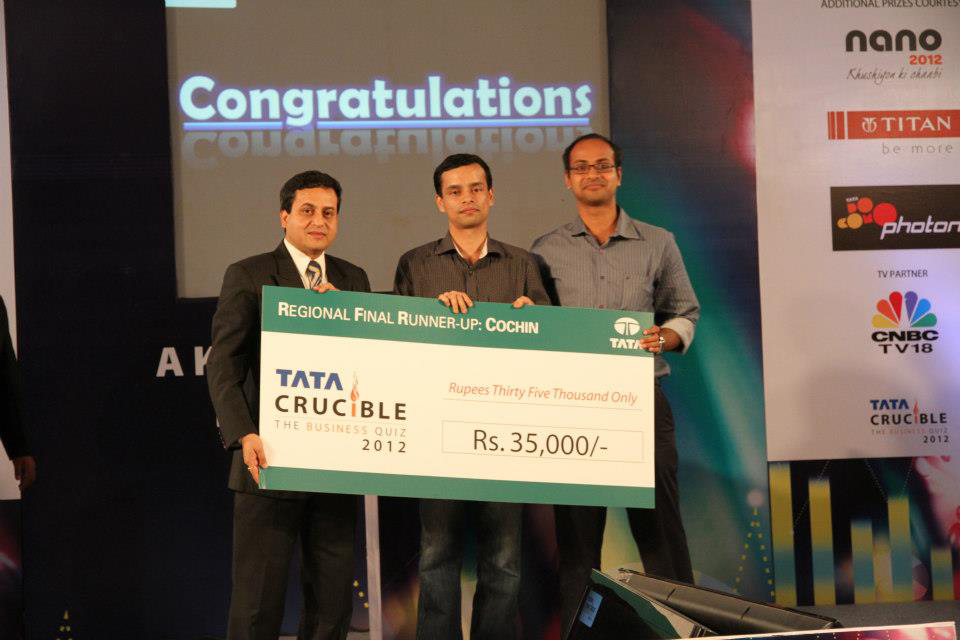 Over 60 teams and the stage were set for the Cochin prelim of Tata Crucible. The evening began with the quizmaster mentioning the introduction of Trivandrum as a second location in the state, inviting appreciation and cheers from the audience. A fast paced prelim led to the following six teams:

The final began with teams exercising a lot of caution as the questions made teams think hard and rake their minds. Early leads were established by the State Bank of Travancore and Malayala Manorama, while FACT got off to a steady start.

The onset of the buzzers brought in pace and tension as the State Bank duo dropped from a solid 25 points to 10 points, taking negatives. On the other hand, Malayala Manorama gained and lost some but did not lose much ground. FACT kept progressing without taking any negatives.

In the final round, Infosys made a strong come back to get within striking distance of the teams but on the final question took a negative resulting in FACT making it to the national finale with Malayala Manorama ending runner up. The GM of The Gateway Hotel Ernakulam Mr. Suman Sharma gave away the prizes.