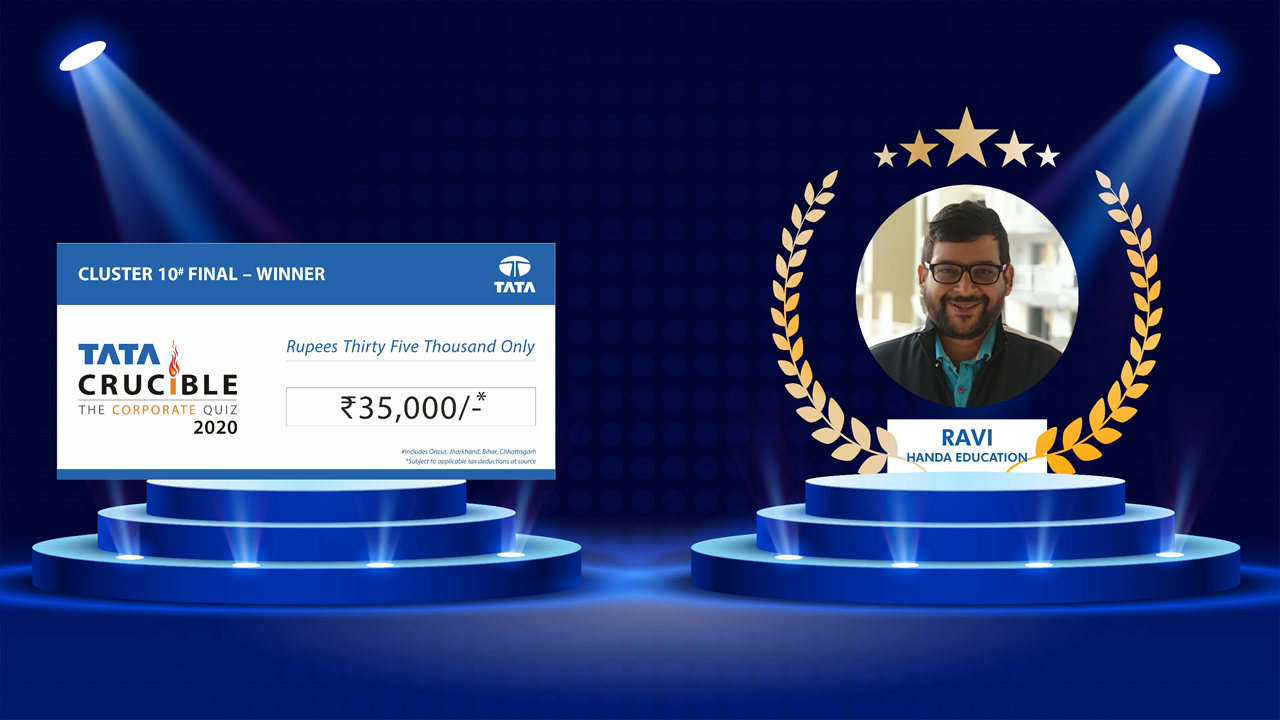 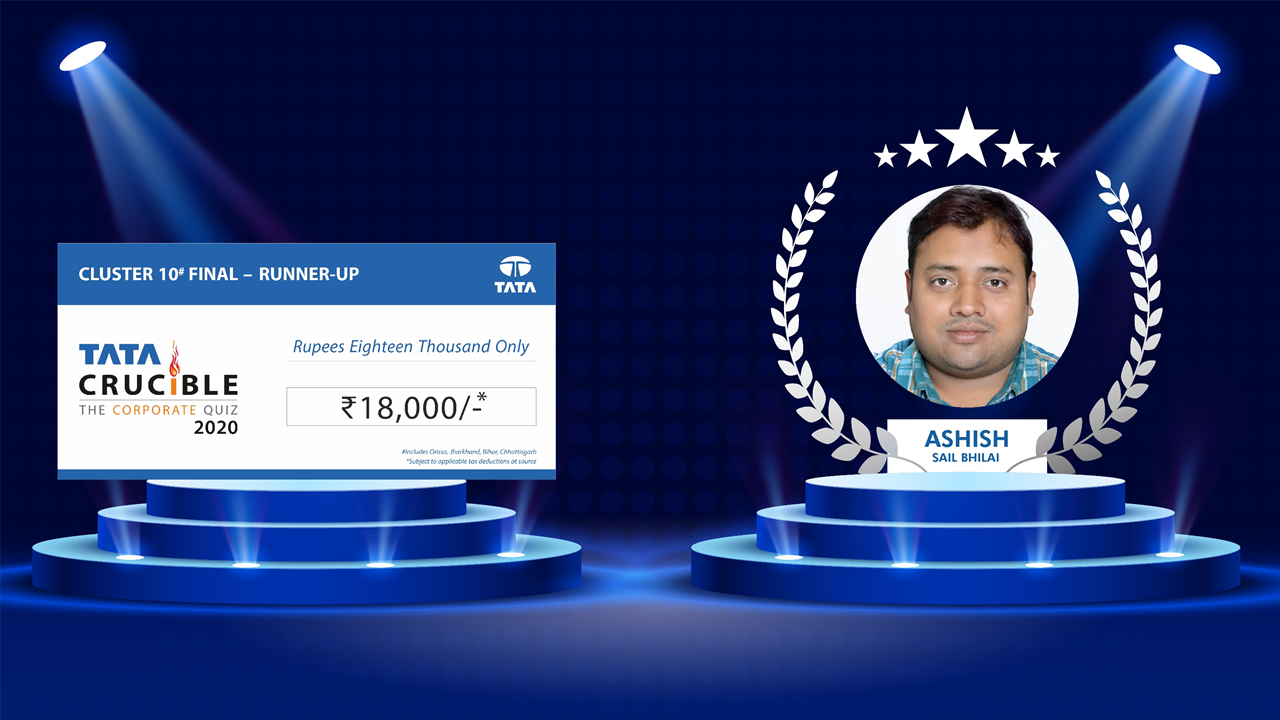 The eastern cluster of Odisha, Jharkhand, Bihar and Chhattisgarh is known to be the ‘bastion of the steel giants’, as Pickbrain calls it. They are passionate about their quizzing and come seriously prepared. They also play the buzzers so well that most regions of the country envy them for their speed. It was no different this year as the buzzers truly went abuzz for nearly every question.

The quiz featured multiple former regional champs of the quiz, making it rather tense even before the first few questions were asked. As time and the questions ticked by, it was Ravi Handa, Anand Raj and Ashish who were in the thick of things, all scoring well. It was then that Ravi decided to accelerate and went forward without any sympathy for anyone, registering a thumping victory. It would certainly have been one of the better victories for Ravi in his own books.

The guest of honour Mr. Subodh Pandey, the COO of Tata Steel BSL, was amazed at the passion for knowledge and the way the pandemic had not come in the way of a great learning platform such as this. He wished the contestants and also, underlined the need to stay on-course come what may.