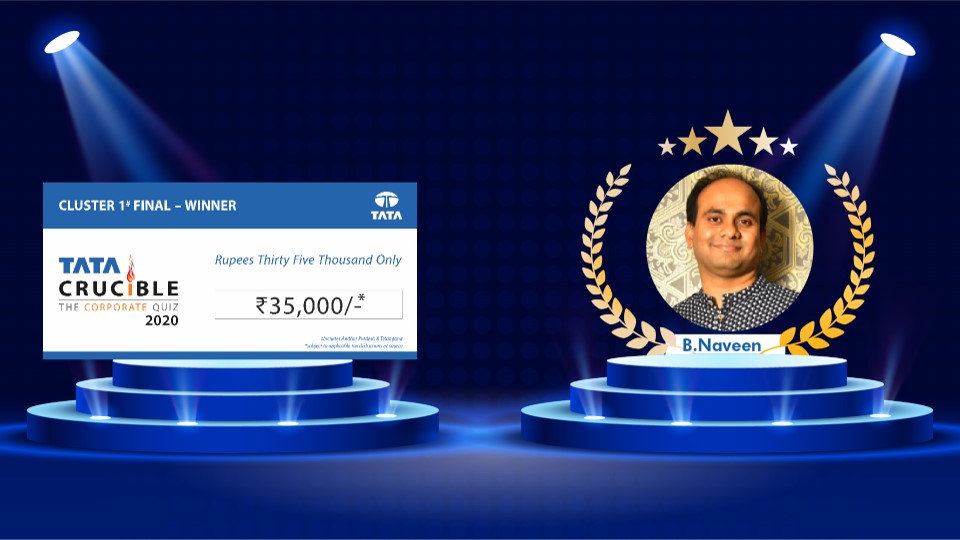 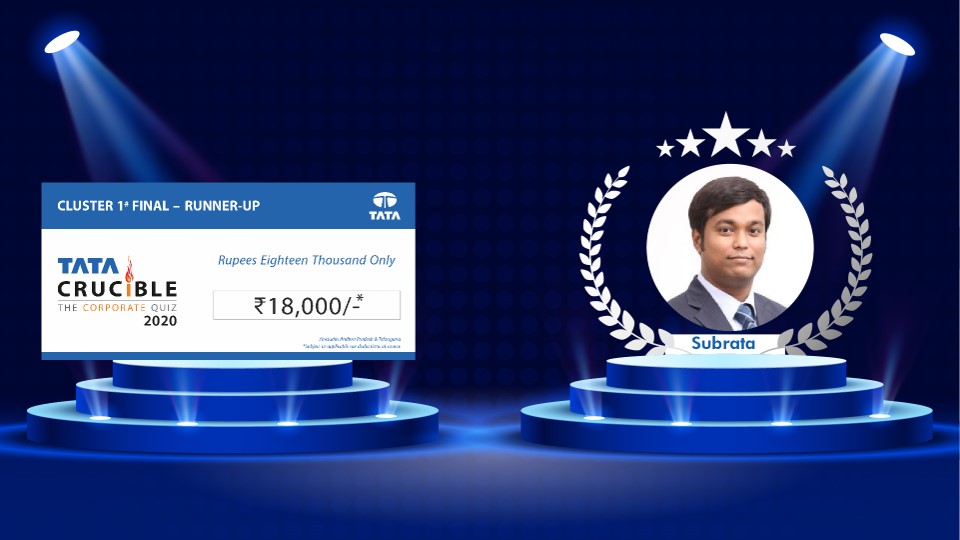 As the nation watched the biggest business quiz of the country, for corporates, unfold digitally, the air was evidently tense. Even the flawless Pickbrain perhaps took the first few deliveries to settle in, before delivering an amazing digital experience.

‘The battle of the Nizams’ as it was dubbed saw two national champions face off. The finale saw two semi-finals leading to the top six from the cluster. In a brisk battle that followed it was finally the experience and depth of Naveen Kumar from Sai Mitra that saw him enter the semi-final. Reigning Tata Crucible corporate champion Subrata Das, put up a spirited fight only to finish behind Naveen as the runner up.

Earlier in October this year, thousands of contestants were part of two rounds of online quizzing powered by TCS iON that led to the selection of the nation’s top 144 from across 12 clusters. While winners will emerge from each cluster it was Tata Crucible that emerged a clear winner for initiating an innovative solution to keep the grey cells ticking.

The guest of honour Mr. Srinivas Lahari, General Manager, Taj Deccan, Hyderabad, appreciated everyone for the experience and underlined the need to innovate in these difficult and unprecedent times.