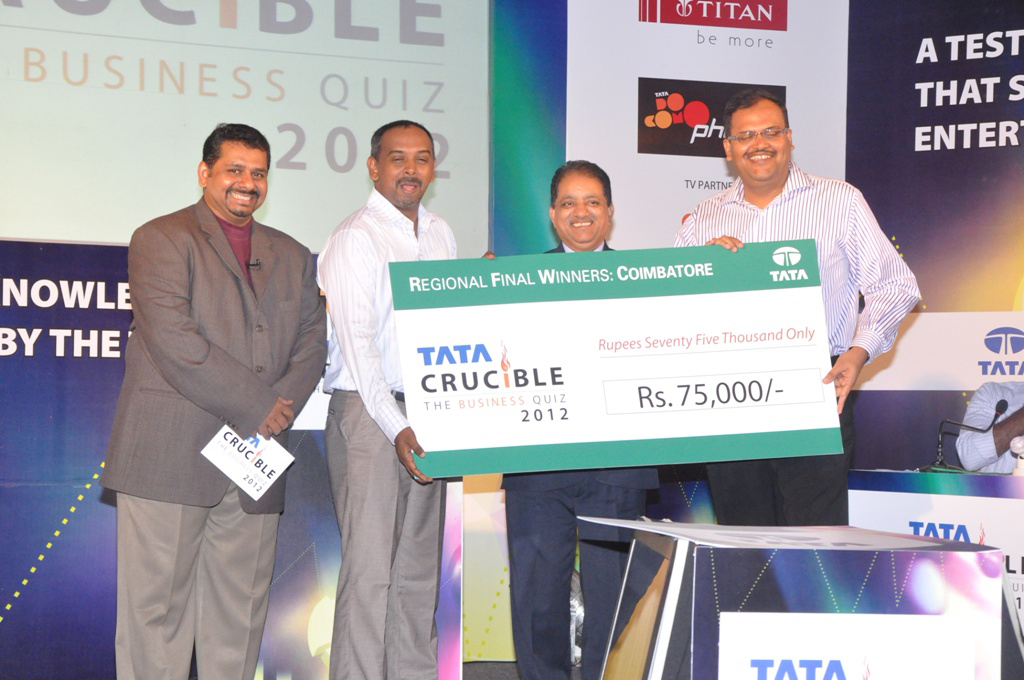 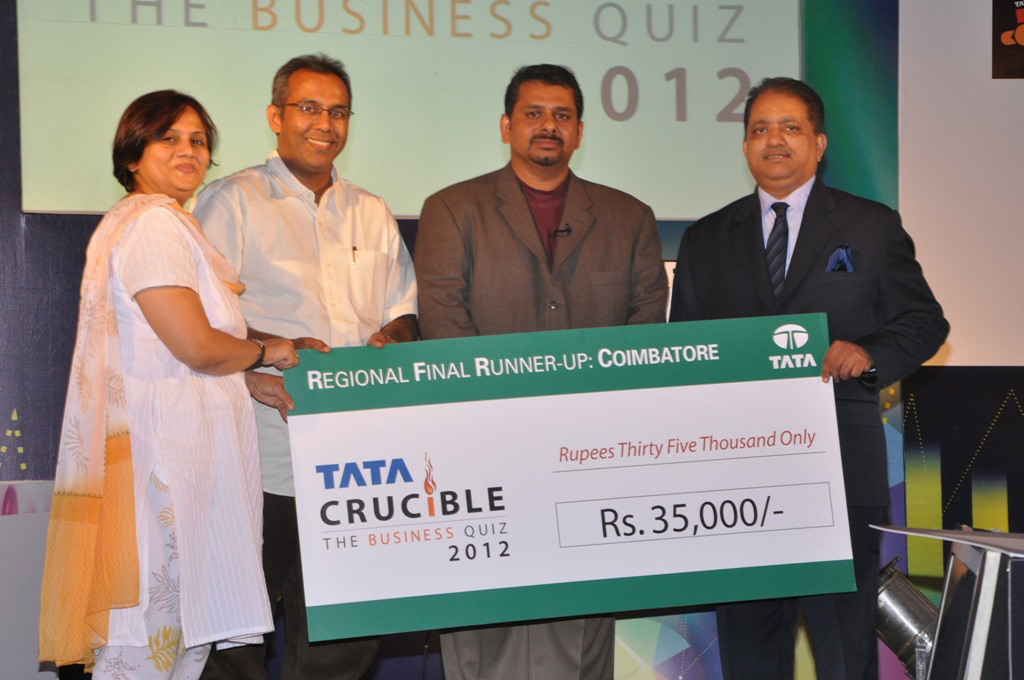 Youth vs Experience seemed to be the theme for this year’s final of Tata Crucible for corporates at Coimbatore. Three regular finalists Chennai Silks, Brookfields and Kumbhat & Co. were challenged by first time finalists LGB Forge, Marico and Infozmatic.

The final started with all teams on the back foot, courtesy the new format that Pickbrain unfolded. Getting used to the buzzers from the very beginning looked difficult, it was the defending champions, Chennai Silks, who led the way as the Bhansali’s and Brookfields followed closely.

The next couple of rounds saw the Kumbhat duo gain and loses a few on the buzzer as did Brookefields. The other teams did well in spurts but will surely come back a year later with greater preparation. Chennai Silks, were meanwhile a little cautious ensuring they did not take half chances and thereby any negatives. This battle went on for a while as teams closed in on Chennai Silks who were still leading.

The final question of the final round was a nervous one with Chennai Silks just ahead of Brookfields by 5 points while Kumbhat was behind them by 5 as well. A must go scenario for Brookfields and they sure went for it. As they framed the answer everyone including Chennai Silks thought they had cracked ‘Madonna’ but they actually said ‘Mandela’. This miss knocked them down from possible champion to third position and Chennai Silks won by an absolute whisker with Kumbhat emerging runner up.

The guest of honour, the GM of Vivanta – by Taj Surya, Mr. V.K. Prasad, urged the teams to ‘strive for excellence’ and appreciated the ‘excellent quality’ of quizzing. A great evening of quizzing that saw the experienced prevail as youngsters emerged on the big stage of Coimbatore quizzing.