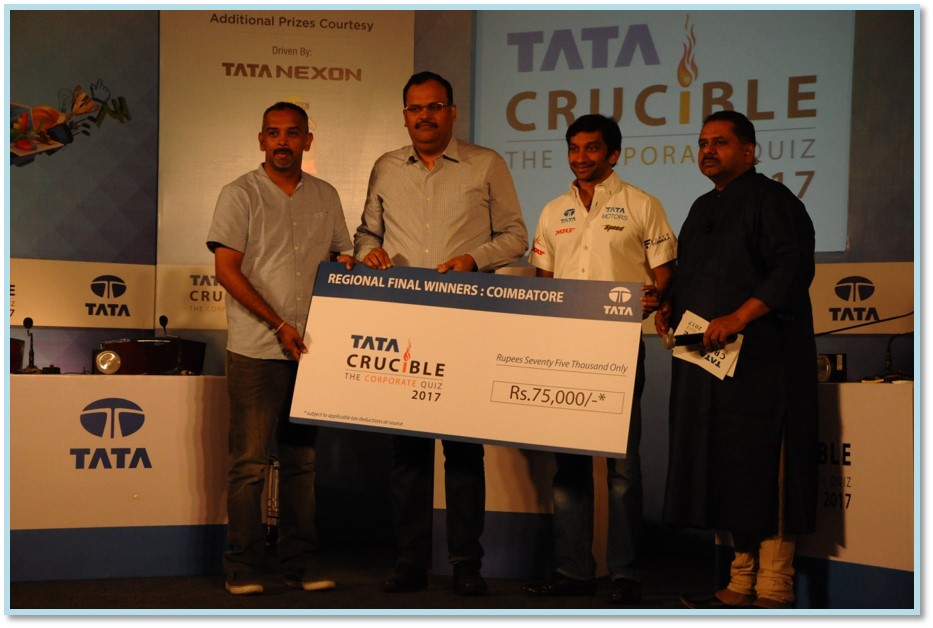 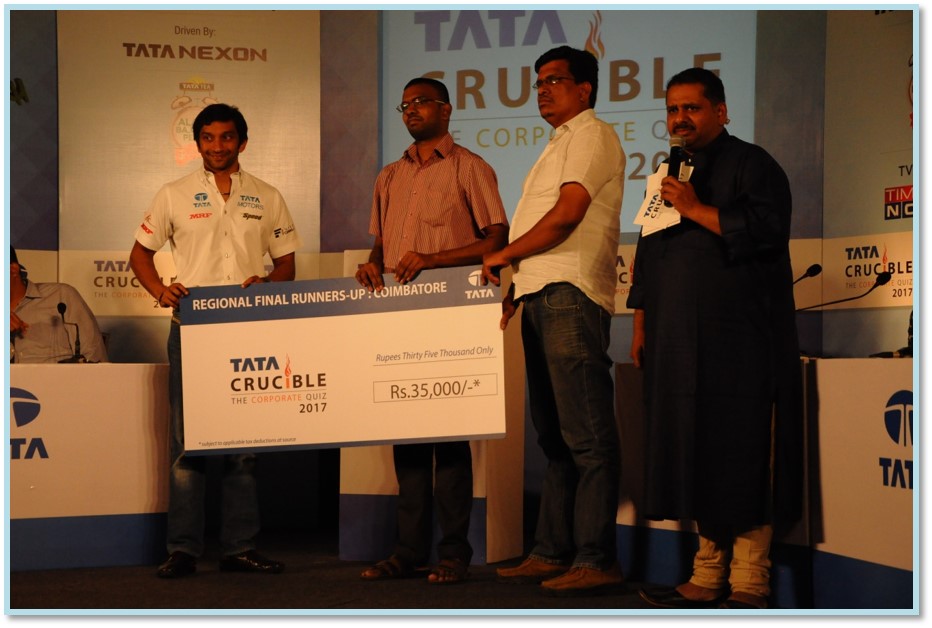 The industrial city of Coimbatore, played out its edition of Tata Crucible with a typically high standard final. Earlier in the evening, quizmaster Pickbrain started with a prelim that was not too easy selecting the following six teams to battle in the final. It was a good mix of regular performers and new entrants.

The final started with Chennai Silks blazing away to a very quick lead. It was not too long before that the popular father and son team from Brooke Fields got into the act along with a new finalist from Suguna.

Chennai Silks while being cautious on one hand with their strategy, were quite bold with the buzzers taking half chances, that ensured they were always in the lead. Suguna Holdings did well in bursts and were threatening Chennai Silks on a few occasions but did not get their scoring strategy right, else they could have put more pressure on the former champions.

The Chennai Silks team for their part, held their own to win the quiz while team Suguna outscored Brookfields to win the runner up title. The other teams did try to make headway but could not string together more than a couple of answers.

The guest of honour was ace racer, Narain Karthikeyan, spoke of how he was a follower of Tata Crucible whenever he got the time and also of a rapidly changing Coimbatore, powered by young sharp executives.