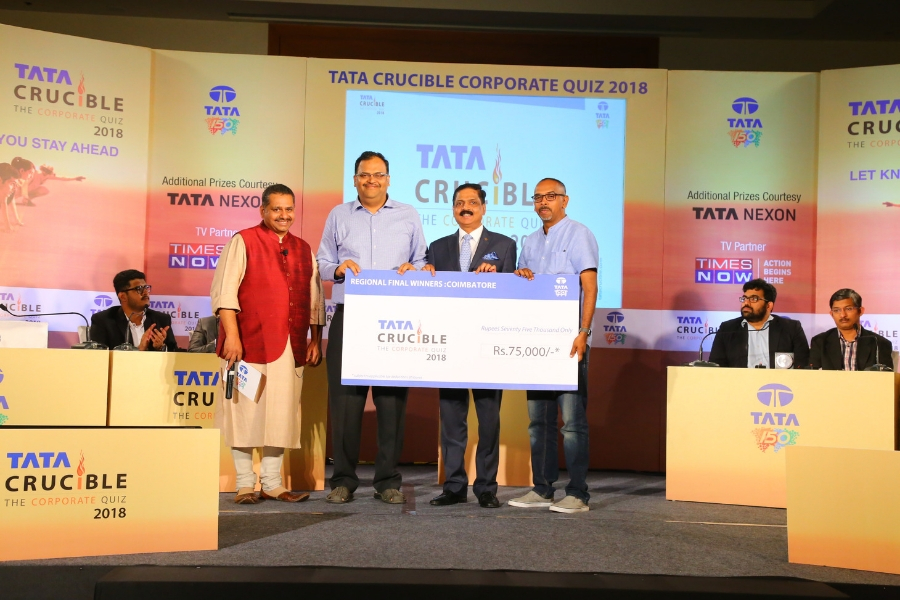 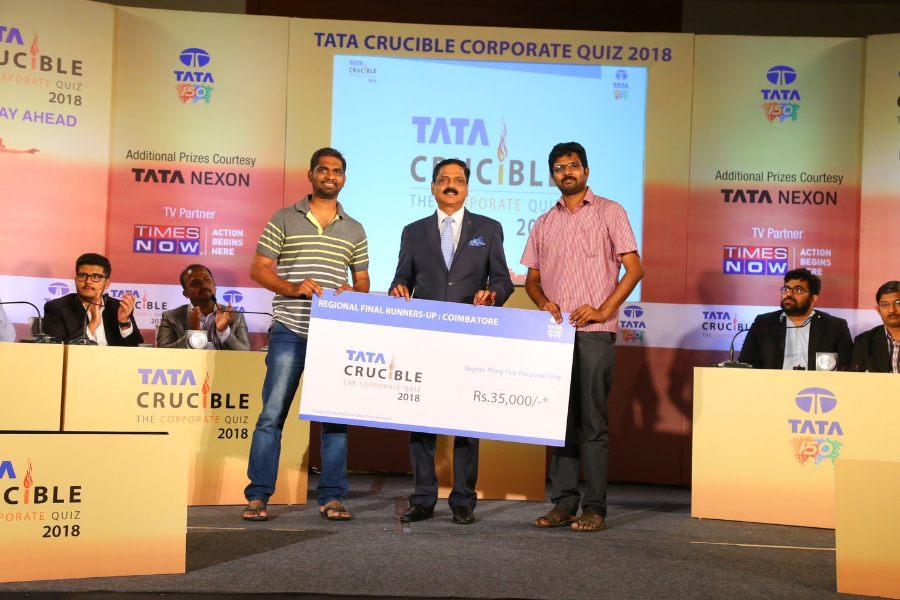 The Coimbatore edition of the quiz was along the lines of the recent past with a tough battle from the word go. Close to 90 teams battled as part of a tough prelim that saw the following six teams in the final.

The finale saw a quick start by defending champions Chennai Silks putting early pressure on the other teams. It took a while for the others to regroup as RBI, Suguna and Alagu Autos started doing well and moving along.

The Chennai Silks duo kept moving ahead giving no one a chance retaining their title with authority. The teams from Brookfields and Ampere joined the fray but none of them could challenge Chennai Silks.

It was a smart Suguna team that realised at 400 crubits that playing safe and defending the second place was more prudent than trying to get past the prolific champions.

The guest of honour Mr. B Kumar GM, Vivanta by Surya, congratulated the teams and spoke of how tier two cities were powering the new Indian dream with knowledge at the core of all of it.