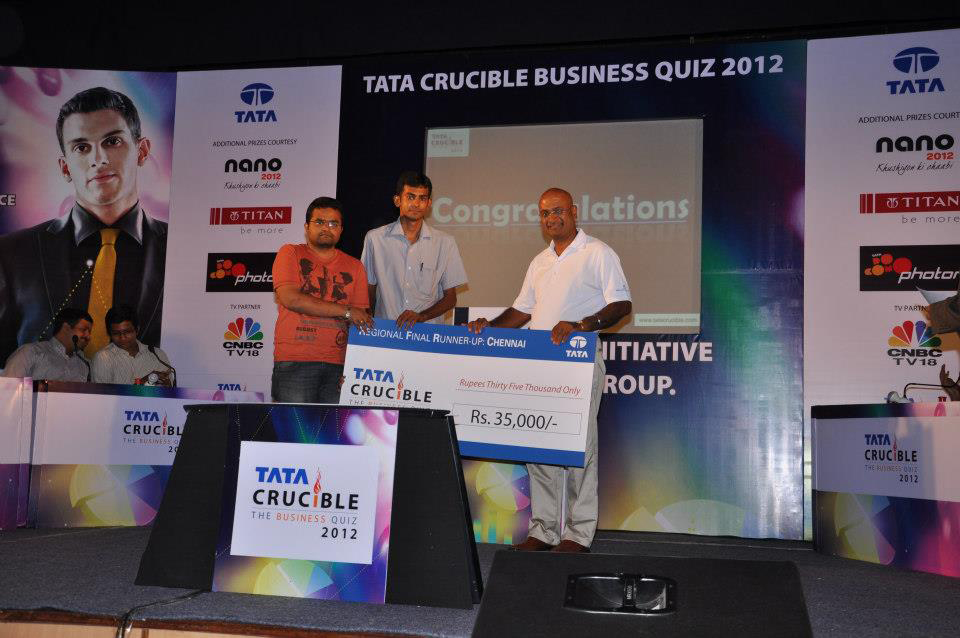 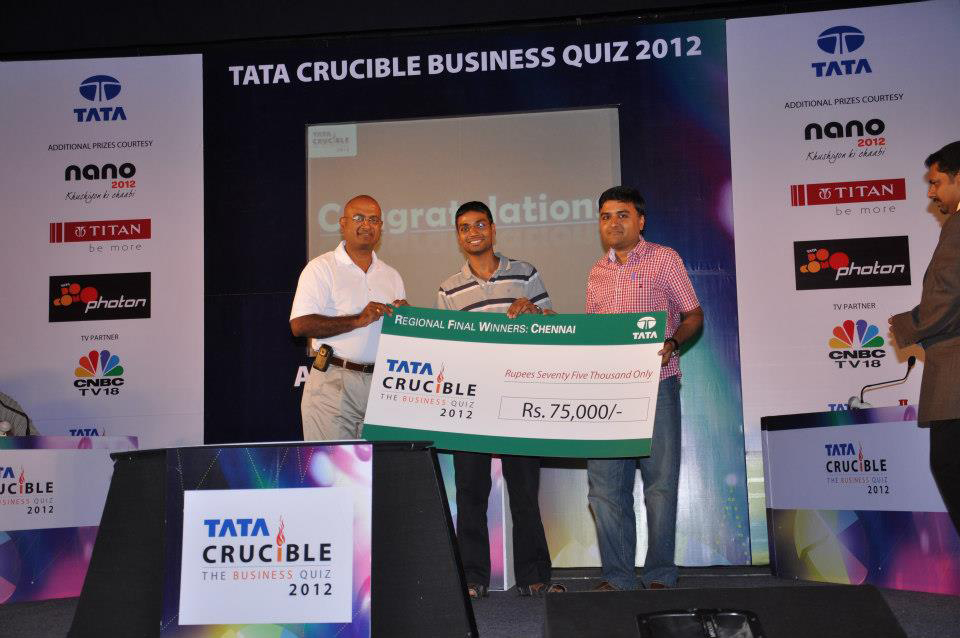 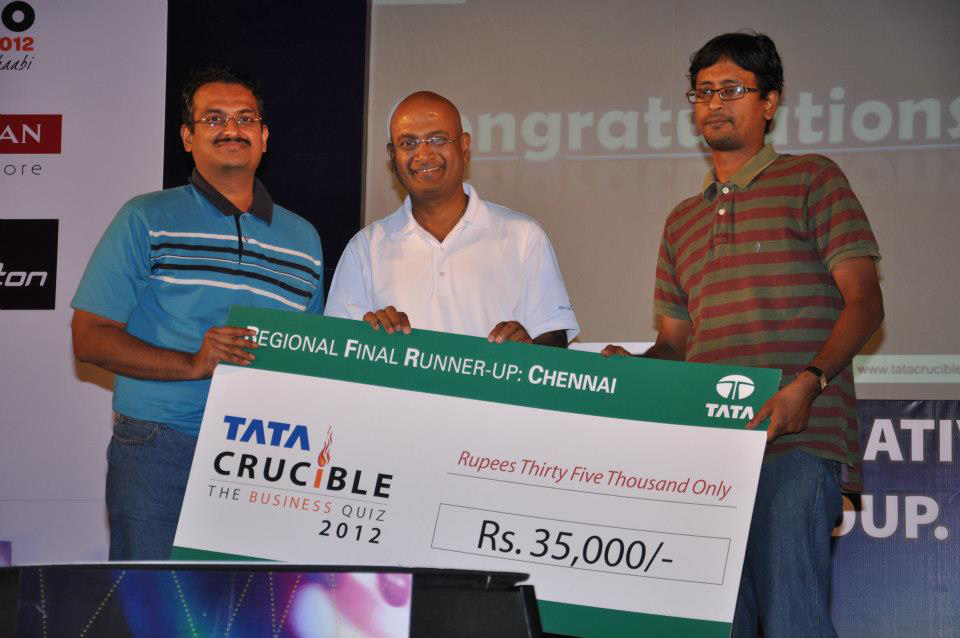 “It was a tough prelim”, commented a former finalist as they walked out of the hall after a series of 25 questions. That, in many ways, set the tone for the regional round of the quiz here as Pickbrain went about his task of identifying the winner in his inimitable style with clinical precision.

The old order seemed to be yielding place to the new, observed the quizmaster as he called on the following teams that made it to the final.

The Tata track of the quiz started as a close battle with four teams looking good early on, all of them from TCS. With the onset of the buzzers, team TCS represented by Sreekanth and Jayakanthan got ahead of the rest with three teams right behind them. However, as the quiz moved on, the duo seemed in no mood to wait for the others as they went blazing away like a bolt answering every single question in the final stages to reach an unimaginable 105 points. It was only after they won that many got to know that they were the defending national champions of the quiz.

The non Tata final was a very close battle right through the quiz with Maarga Systems, Cognizant, Citibank, Infosys and Ford all playing well to gain early ground. Citibank then got ahead with some superb answers but as the buzzers came into play, Ford came back strong to draw level and inch a little ahead but in the final stages a good strike by Citibank and their ability to not take any negatives helped them prevail and move into the national finale.

The guest of honour Mr. Ravi Vishwanthan, President Growth Markets and Head of Chennai TCS said “It is amazing to see such knowledge and it is always such forums that keep you sharp and the mind agile”.