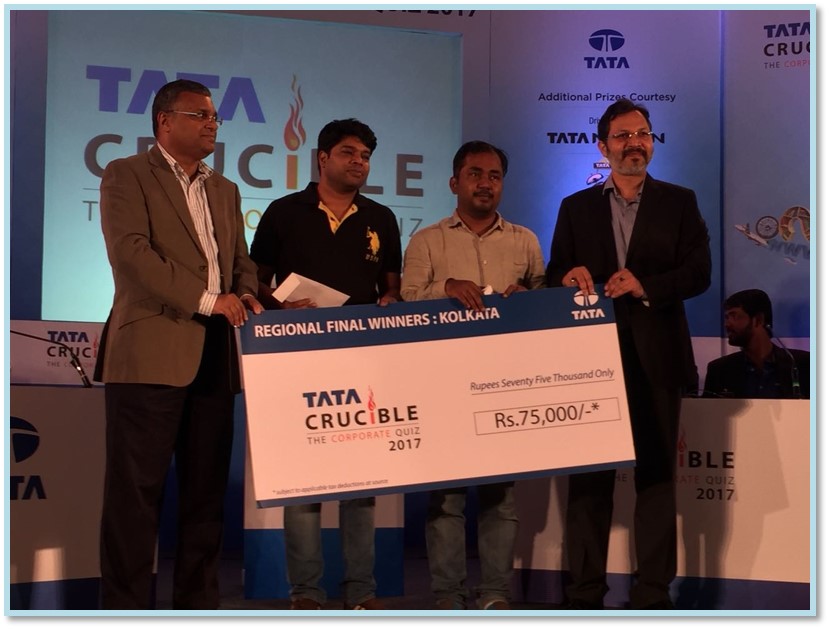 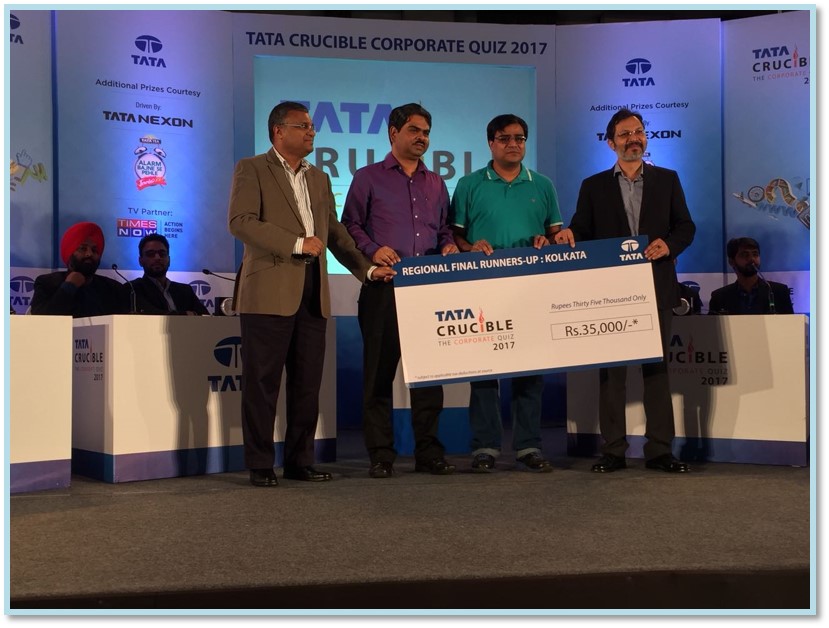 A cool Saturday afternoon with heavy rain in morning made it seem like an English setting for the Kolkata round of the TATA Crucible. Close to 120 quizzers battled against Pickbrain’s armoury of questions, a shade tougher than the other cities. It led to the following six teams.

The quiz final was a very interesting battle, most teams started well and after the first couple of questions it was an absolute marathon with everyone running in a huddle. The duo of Sethu Madhavan and Rabi Sankar Saha got into a slender lead with the team from mJunction nipping right at their heels.

The quiz came alive in the final phase, with the team from TCS consisting of former champions, Sudip and Abhishek began a comeback, making it seem like the impossible would be achieved. It was a valiant effort but ultimately, they left it too late and fell short of the top two slots.

HSBC too had some good answers but could not maintain the momentum in the later half. DSP from Durgapur also did well for themselves with good answers but took a few negatives that did not help their cause.

Sethu and Rabi played it out without any silly mistakes while Mjunction settled for the runner up title, paying a price perhaps for not using the â€˜doubleâ€™ badge earlier in the game. Capgemini’s win put them into the eastern zonal where they would take on five other champions from the eastern terrain.