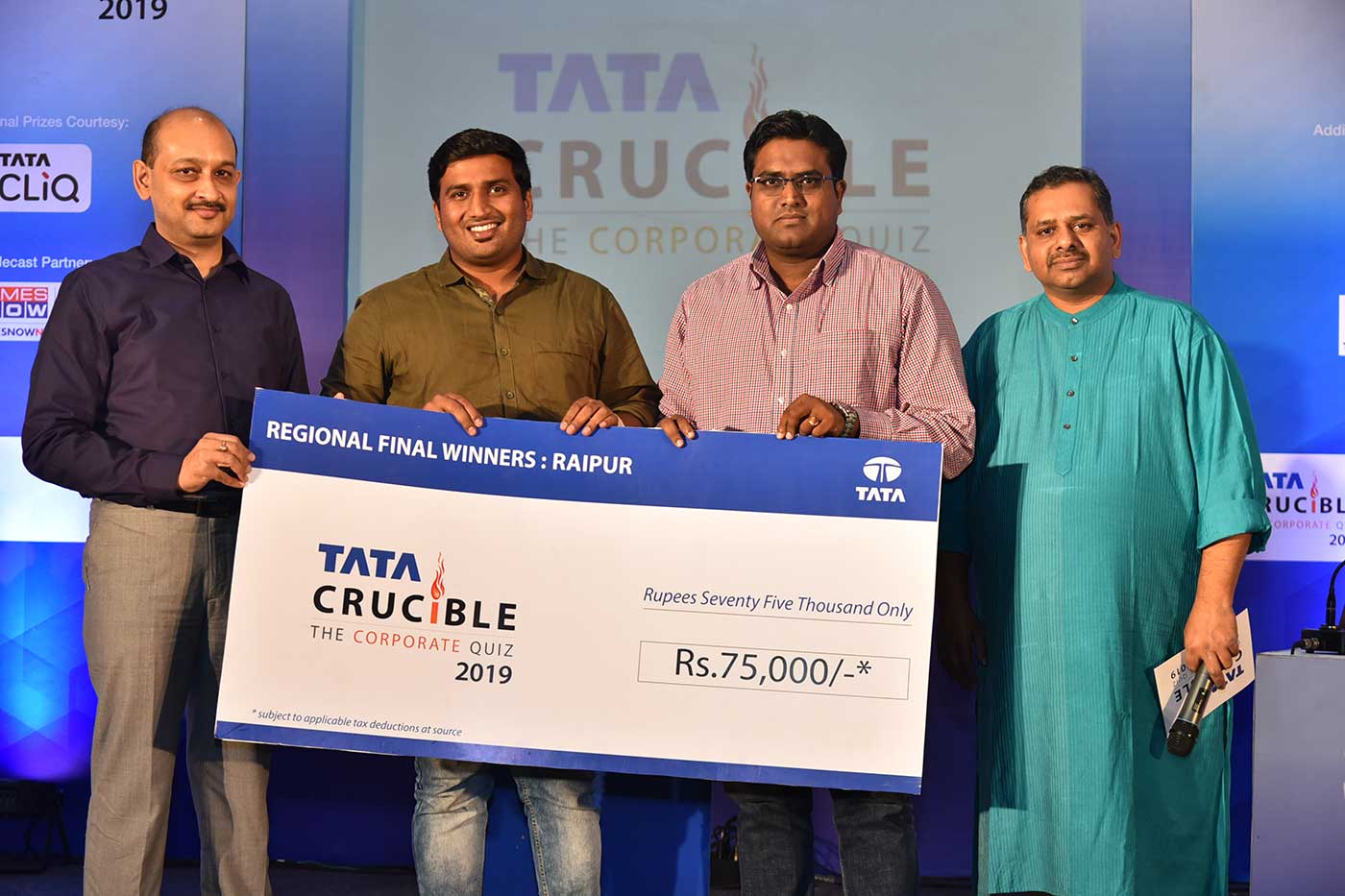 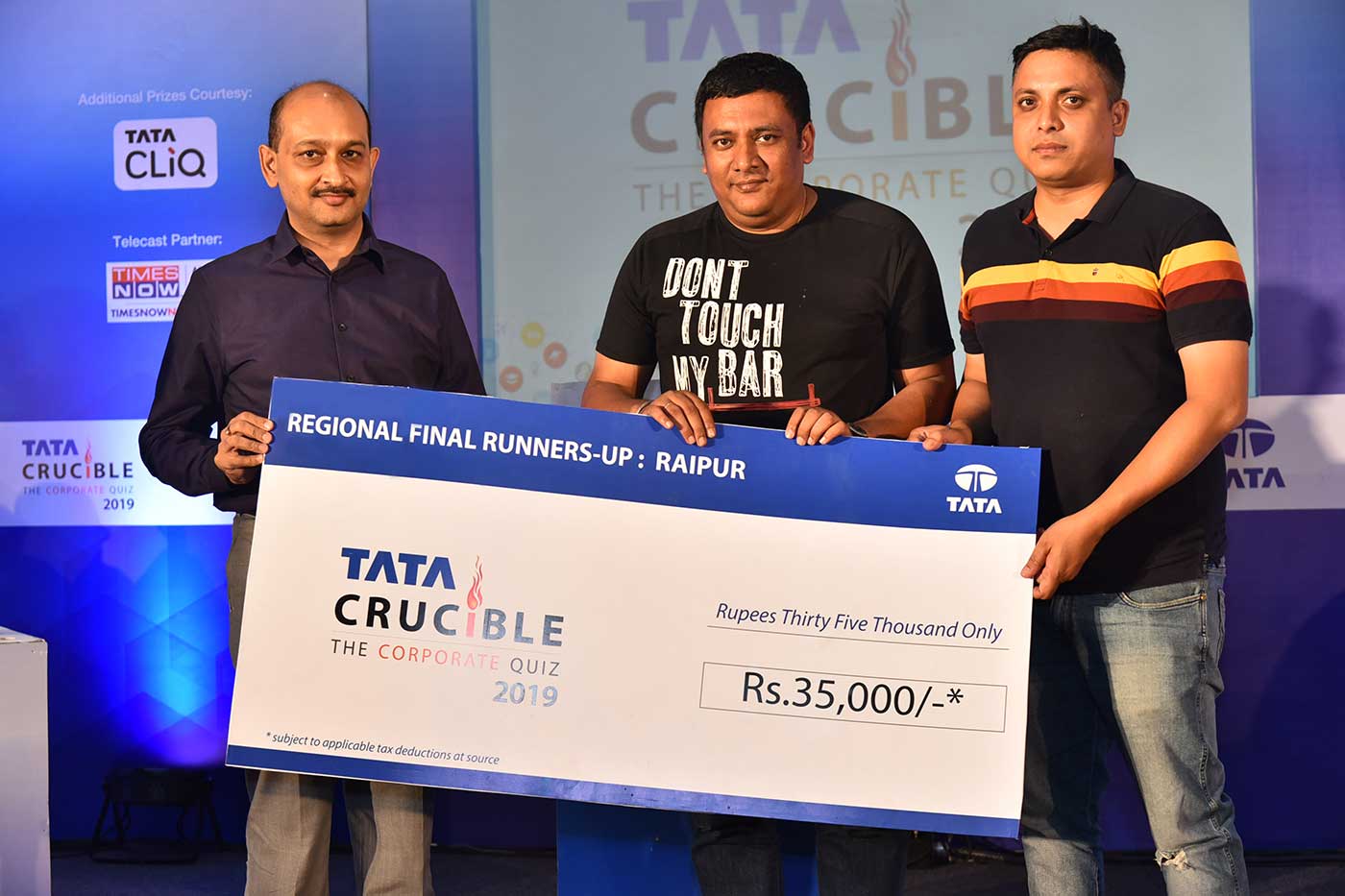 The ever-changing city of Raipur played host to its edition of Tata crucible with a lot of new teams taking part this year. While the Steel joints and the school teams that traditionally take part were in attendance it was the new teams that made the final interesting.After a crisp prelim of 20 questions the stage was set for the final six teams to battle it out.

It was only the team from Axis Bank that look like threatening them but fell short in the end settling for a runner up position. The senior Bhilai Steel plant teams could not find their customary touch as their young colleagues defended the title in style.

The chief guest Mr Subrat Sahoo, IAS, Chief Electoral Officer, Chhattisgarh spoke of the need to create a culture for reading and quizzing and to invest in schools and colleges where such interests need to be formed.