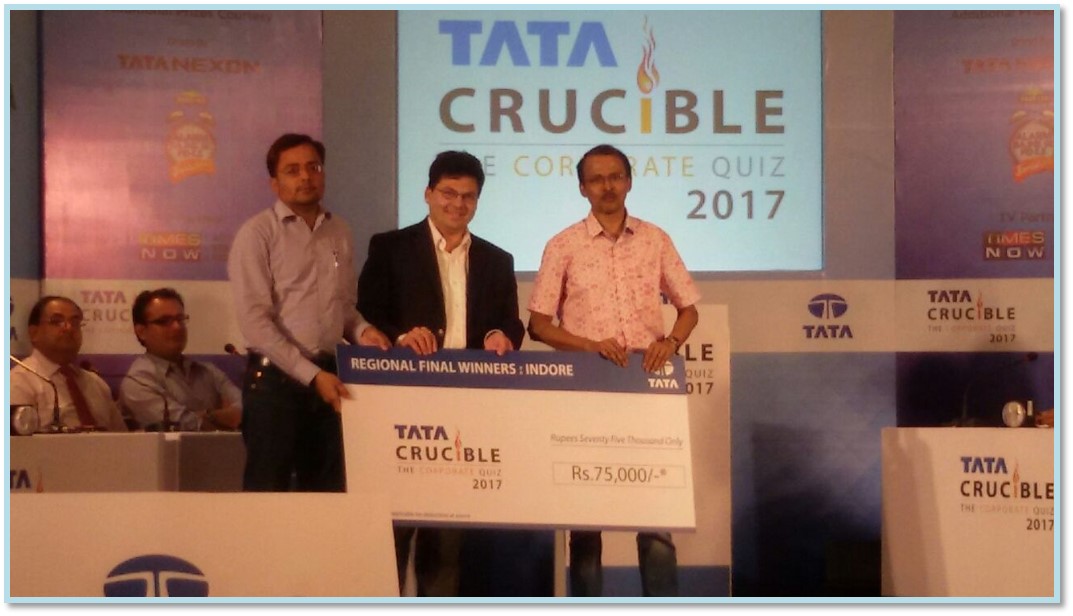 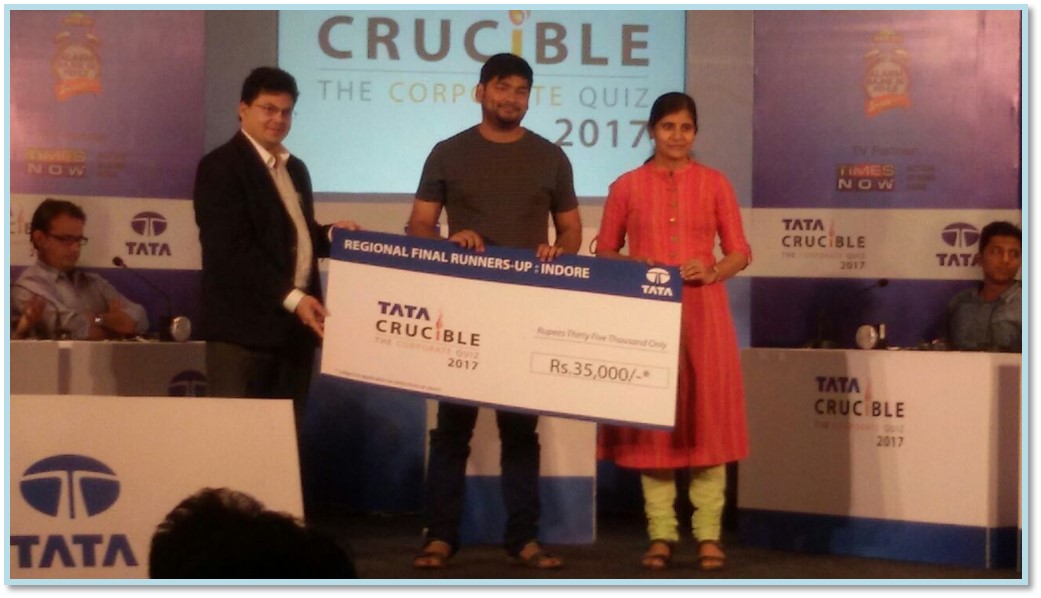 Rains. Dark Clouds. More Rains. None of these affected the 250 plus knowledge enthusiasts at Indore who flocked to be part of their city edition. A fairly tough prelim set the tone for the evening with Pickbrain in command.

The final started with defending champions BHEL almost continuing from where they left a year ago, blazing into a quick lead. RS Power and ICICI scored soon enough to make it a three-way battle. The other teams scored in bursts but could not strike a momentum to challenge these teams.

BHEL kept moving from strength to strength and with crafty strategies that helped them play the ‘double badge’ often it got them greater value for their answers. ICICI and Indian Oil did try to surge ahead in the end but could not gain traction.

It was former champions RS Power who with a very credible score of close to 600 had to settle for the runner up title, as BHEL scored a massive 800 to move on to the next level.

The guest of honour, Mr. Debashish Das, Business Head – Leather Garments & Footwear, Tata International appreciated the teams and spoke of how the quiz was reaching greater heights with every passing year.