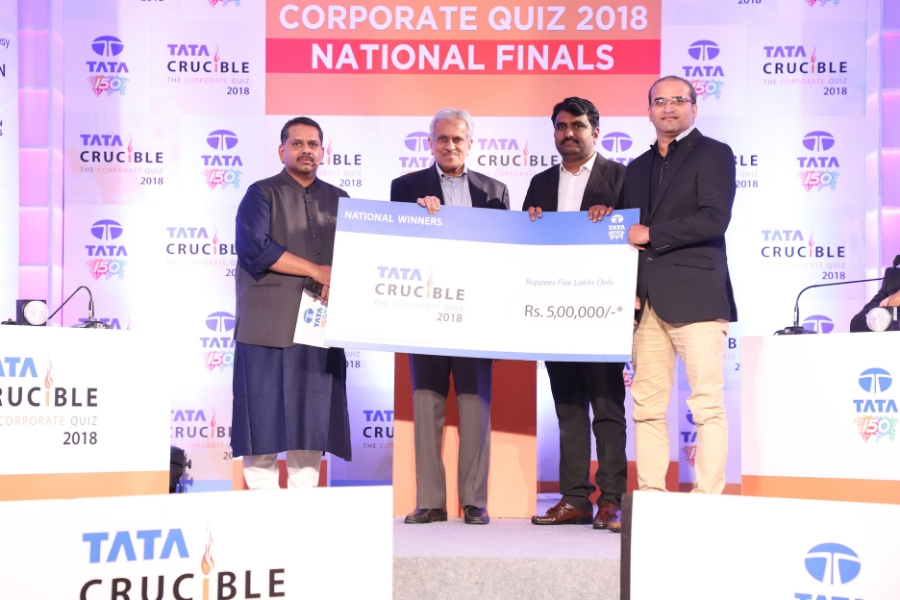 Celebrating the 150th year of the Tata’s, the national finale of the 15th edition of Tata Crucible witnessed the following eight champions from the four zones battle with each other for the national crown

The final was riveting and an absolute thriller in every sense of the term. Ace quizmaster Pickbrain had his armoury of questions loaded with gems that stunned the teams and the audience.

In a battle that went down to the final question with Loan Singh, TCS Chennai and Edelweiss Mumbai all with a chance to win the national title, the nerves were certainly high. Loan Singh prevailed to win their maiden national title though for Prasad Shetty this was his third personal national title.

The final also witnessed a round hosted by Mr. Harish Bhat of Tata Sons whose questions impressed the teams and the audience. The passion for Tata Crucible in its 15th year was reflected by the huge turnout to witness the national finale at the Taj Mahal Palace, with the first runner up of the quiz from 2004, travelling all the way from Ludhiana to be part of the event.

Padma Shri R.K. Krishna Kumar a doyen of Indian business and former Director of Tata Sons appreciated the finale and left everyone with a ‘question’ on why a wonderful platform such as this should not be scaled to many countries.