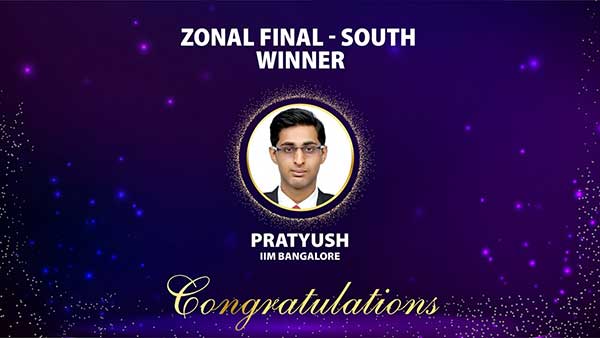 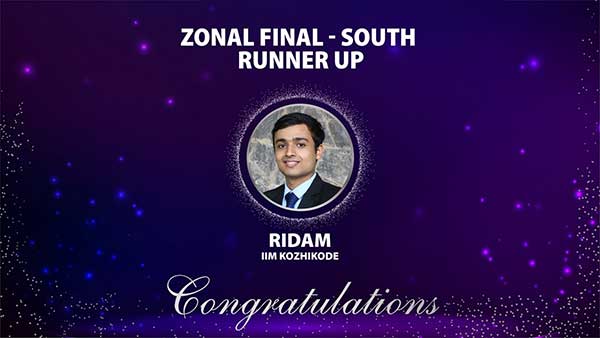 The southern zonal final of Tata Crucible was akin to a battle between champions. In this case quite literally, as far as some of the finalists were concerned. This season the southern terrain was dubbed the zone of death as the contests were very close and of high calibre. Quizmaster Pickbrain was at his best as he led the nation into the zonals. The six champions who were battling were:

The final was a cracker of an event. All six contestants were keen and fast on the buzzer. It was the former Singapore champion of Tata Crucible Vikhyat, who surged ahead in the first half of the game to reach 400 but undid his position of strength taking negatives. It came down to the final questions where Pratyush and Ridam both from the IIMs were on par with the former, clinching a tie breaker to make it to the national finale. Ridam qualified for the play offs where he would now battle with the other second place contestants from the other zonals, for a slot in the national final.

The guest of honour Mr. Rajanna, Head of TCS AP & Telangana and Global Head – Technology Business Unit, urged the youngsters to take their chances and be prepared for a future full of opportunities. He also added a word of caution especially for the youngsters to continue to stay safe and take the right precautions.