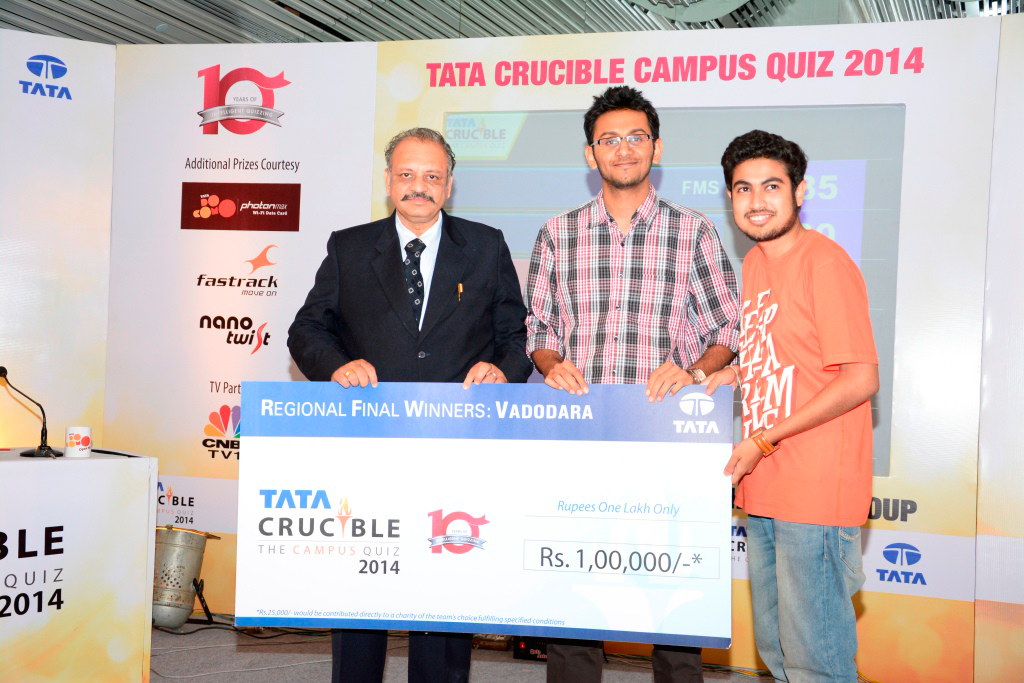 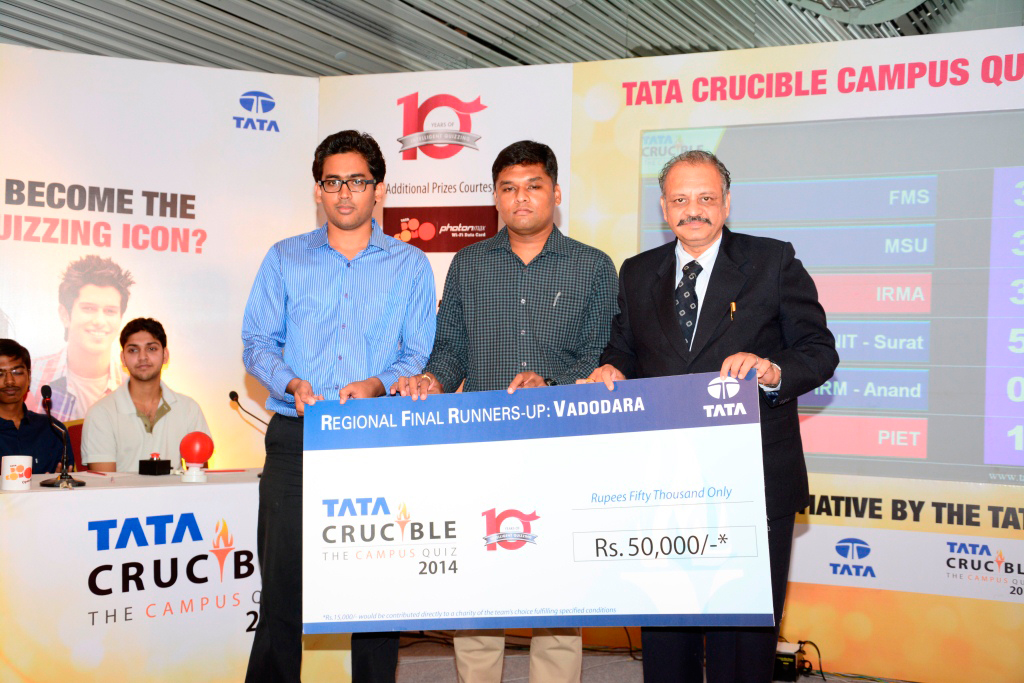 The debut of the Baroda edition of Tata Crucible saw teams from the host city along with teams from Anand and Surat battle for the honours. The prelim was evidently easier than most other cities given that it was a first time for quizzers here. The prelim led to the six finalists.

The final was fast paced and had a lot of moments that were thrilling and tense as teams were all performing in a manner that no got a great lead and it all looked perfectly even and close till the last round unfolded.

A confident strike by Abhijeet and Ronal ensured SVNIT a victory while a determined FMS could only manage the runner up position. All teams were urged by the quizmaster to take the onus of building a tradition of quizzing in the city.

The guest of honour Mr.Jayasingh Jadeja the Dean Faculty of Management Studies of MS University of Baroda gave away the prizes and congratulated the teams.