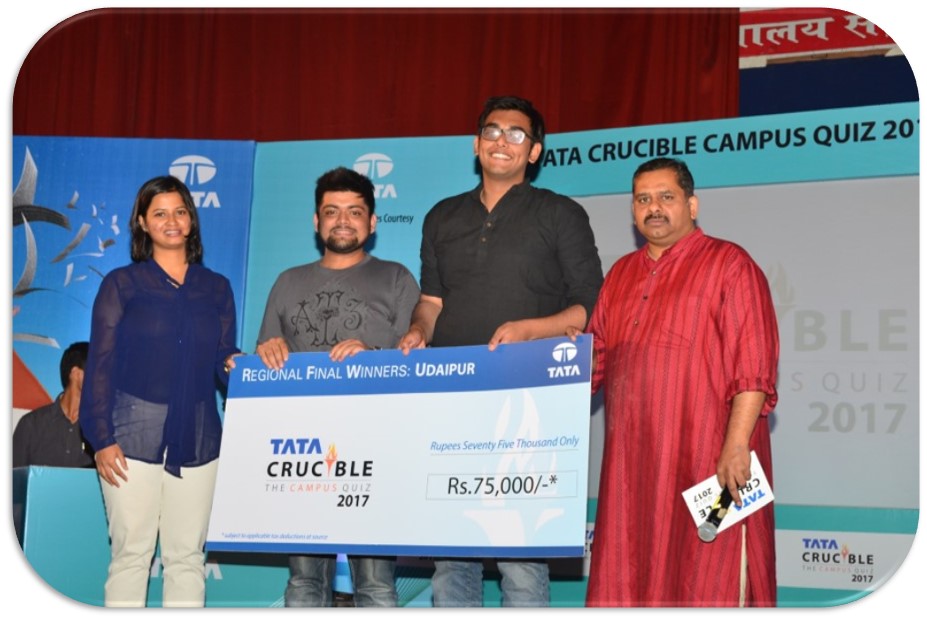 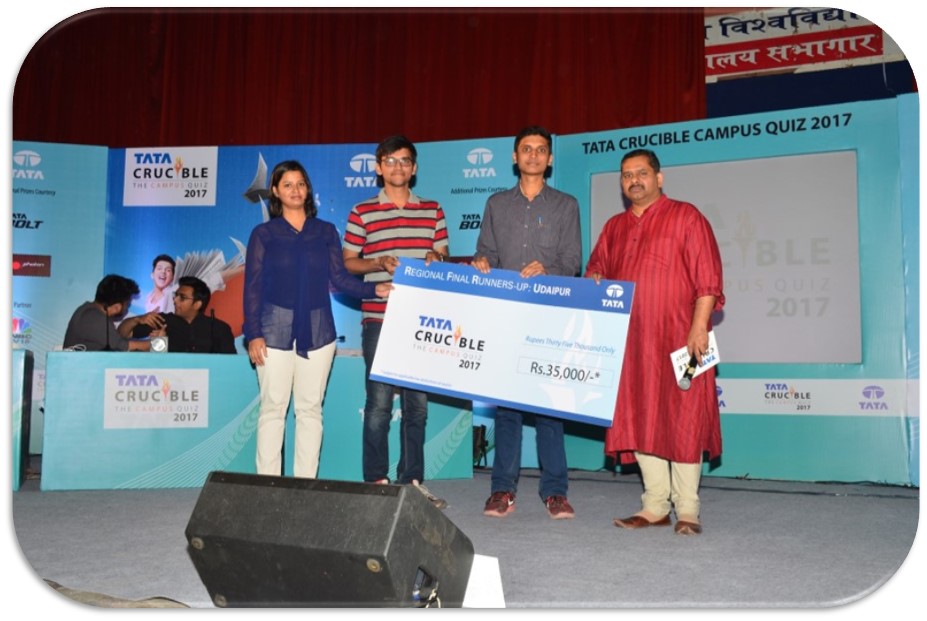 The city of Udaipur turned out in large numbers for their second ever Tata Crucible. The day also saw team Tata Crucible celebrate International Womenâ€™s Day with Ms.Rashmi Furtado playing host for the prelim. She presented a lovely assortment of 20 questions all related to women contributors over time. The following six teams made it to the final.

The final saw Pickbrain holding fort in his characteristic style, setting the pace for a gripping finale. The NLU duo seemed too well prepared for the evening as they thundered their way to a lead with repeated strikes on the buzzer.

They seemed clearly head and shoulders above the rest as they played consistently and made it to the zonal yet again. AIIMS played a mature game to finish runner-up. The SS Engineering did well in bursts but took to many negatives that pushed them back, while the IIM teams could not find the momentum to beat the Jodhpur teams despite doing well. The audience won a lot of goodies as well.

The team of Shipra and Payal from Geetanjali Institute of Technology won the best all girls team prize, a surprise addition on the occasion. The guest of honour Prof.Sharma, Vice Chancellor, MLS University, witnessed the final.