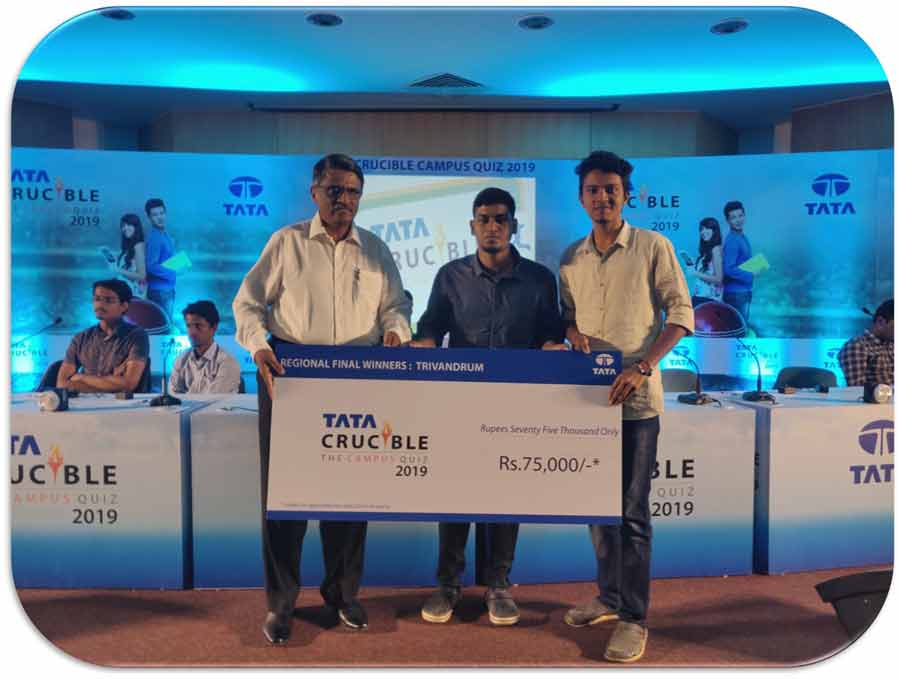 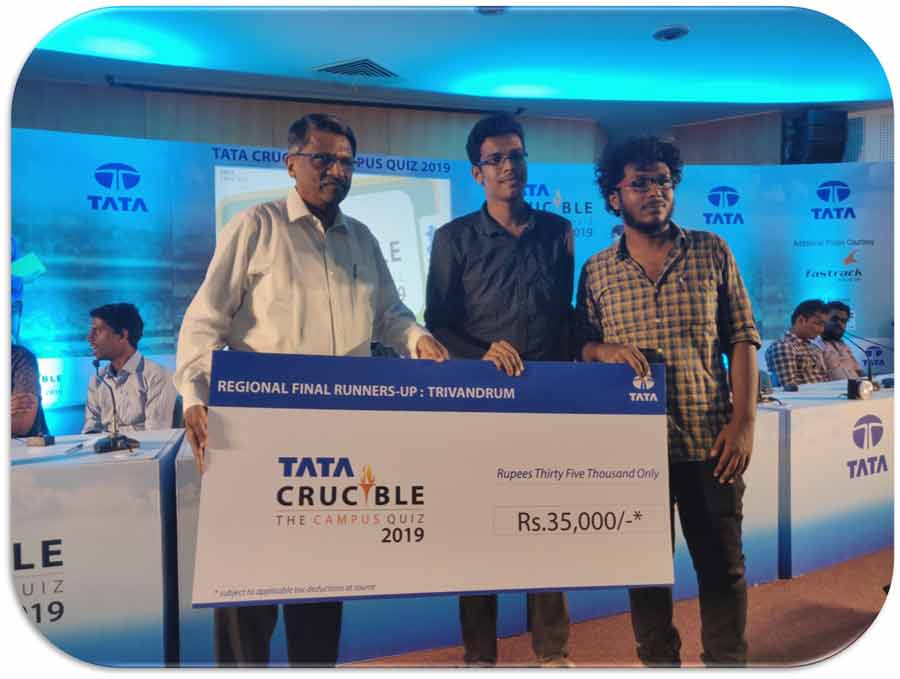 The sixth match of the 2019 campus edition of Tata Crucible saw Trivandrum play host to its first ever campus edition of the quiz. Trivandrum and Bhopal are the two new additions to the list of ‘venues’ this year. The match kicked off with close to 100 teams, at the green campus of the Asian School of Business. The prelim was perhaps the easiest so far, given that it was a first-time city.

The super over witnessed a close battle before the teams from Mar Ivanios and University College made it to the first ever finale at Trivandrum.

It was the team from St. Berchmans, which gave the best, in vain, to get past a rather consistent Jameer K.B and Ananthu Shankar, who by now were scoring freely and dealing with a lot of sixes. The University College held the nerve to win the debut edition while the other team from the same college managed to get ahead of St. Berchmans, who lost too many runs in their quest to win, resulting in them slipping up on the runner up title too.

The guest of honour, Founder CEO of Technopark Trivandrum, and leading educator, Mr G. Vijaya Raghavan, spoke on the importance of continuous learning in every walk of life. He quipped, “Some who joined Government service would think we are done, but that is also a thing of the past, today everyone has to focus on continuous learning, else you get knocked down”. The Director of the Asian School of Business, Dr. (Colonel) James was also present.