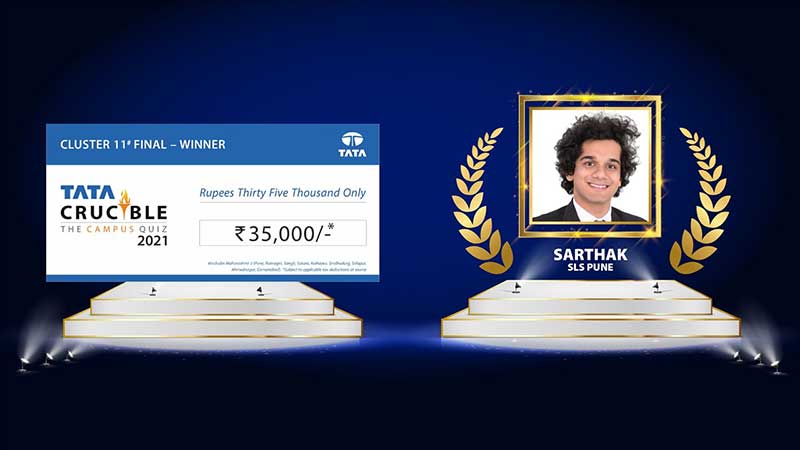 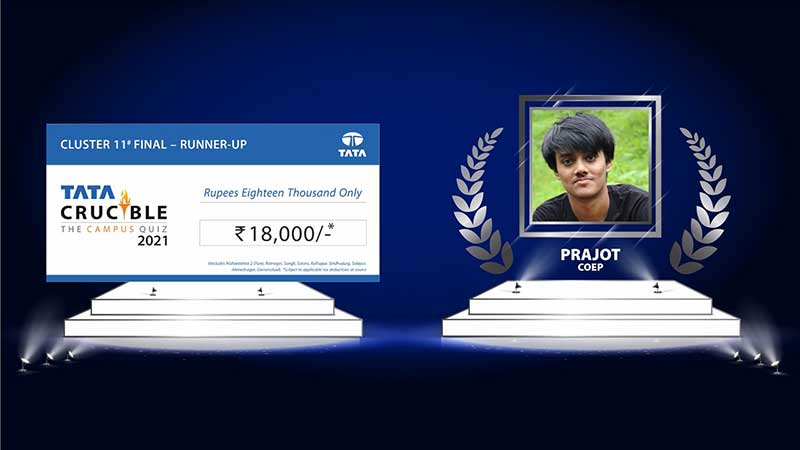 The second cluster of the Maharashtra region of Tata Crucible was largely represented by colleges from across Pune. The city is known to produce extremely competent and competitive quizzers. The wild card rounds hosted by Ms. Rashmi factored this legacy of Pune and reflected in the quality of questions that she had lined up. The six finalists who made it to the cluster around were as follows.

The final was fast, tense and keenly contested. Prajot played extremely well in the early parts of the quiz and got to a score of 400 very quickly. While it appeared that the College of Engineering lad would nail the quiz , Sarthak was hanging in at all times, refusing to give up. As the quiz moved into the second half, Sarthak came up with some outstanding answers to move way ahead of the rest and accumulated a score of 600.

In the final round of the quiz, Sarthak lost some ground giving Prajot a window of opportunity to bounce back. Prajot gainfully took the challenge and tried till the final question, but eventually had to settle for the runner up title. Sarthak did win the quiz to move to the league of 24, but not without a scare.

Emmanuel David, Director, Tata Management Training Centre, Pune, spoke inspiringly to the youngsters on how capable and intelligent they were, while advising them that what triggers consistent success is initiative. He urged them to be open to take initiatives and set themselves up for success, rather than wait for success to come and embrace them.