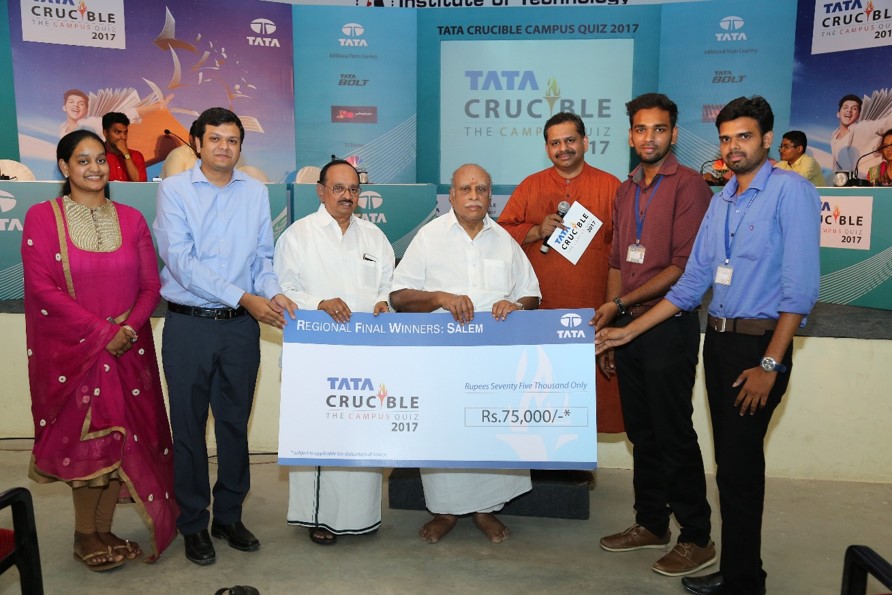 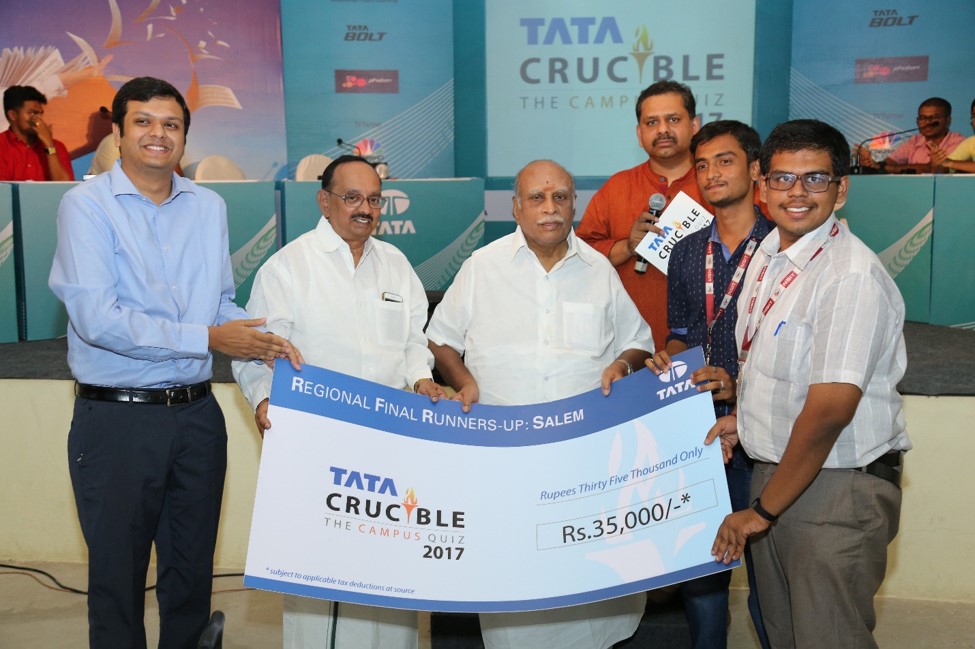 The city of Salem came alive for its first ever Tata Crucible. The sprawling NSIT campus played host to the biggest business quiz held here thus far. With close to 400 contestants the decision of the Tata’s to include Salem in the national landscape seemed justified.

The prelim was a not so tough fare for the teams and they battled for a slot in the first ever final. Teams from across Salem were present and the following six made the cut.

Quizzing of this standard and league was new to Salem and the teams appreciated the exposure they got from the event. The quizmaster Pickbrain was a huge attraction to many who had just seen him on television. The final was well balanced with all the teams doing well in the initial levels of the quiz.

The format of the quiz was also well received. The teams from Sona and NSIT went ahead of the rest with NSIT in the lead with one question to go. Sona with Varun and Vignesh came back on the final question to draw level with NSIT and in the tie breaker that followed they got the better of NSIT to win the first ever Salem title.

The Founder of NSIT and respected institution builder R.P.Sarathy gave away the prizes along with Nitish Harihar, Chairman, NSIT. The other management members of the college were also present. Mr. Nitish particularly observed that it was a delight for Salem to have its own Tata Crucible and that he wished for it to become a huge annual event here that the students would benefit from.