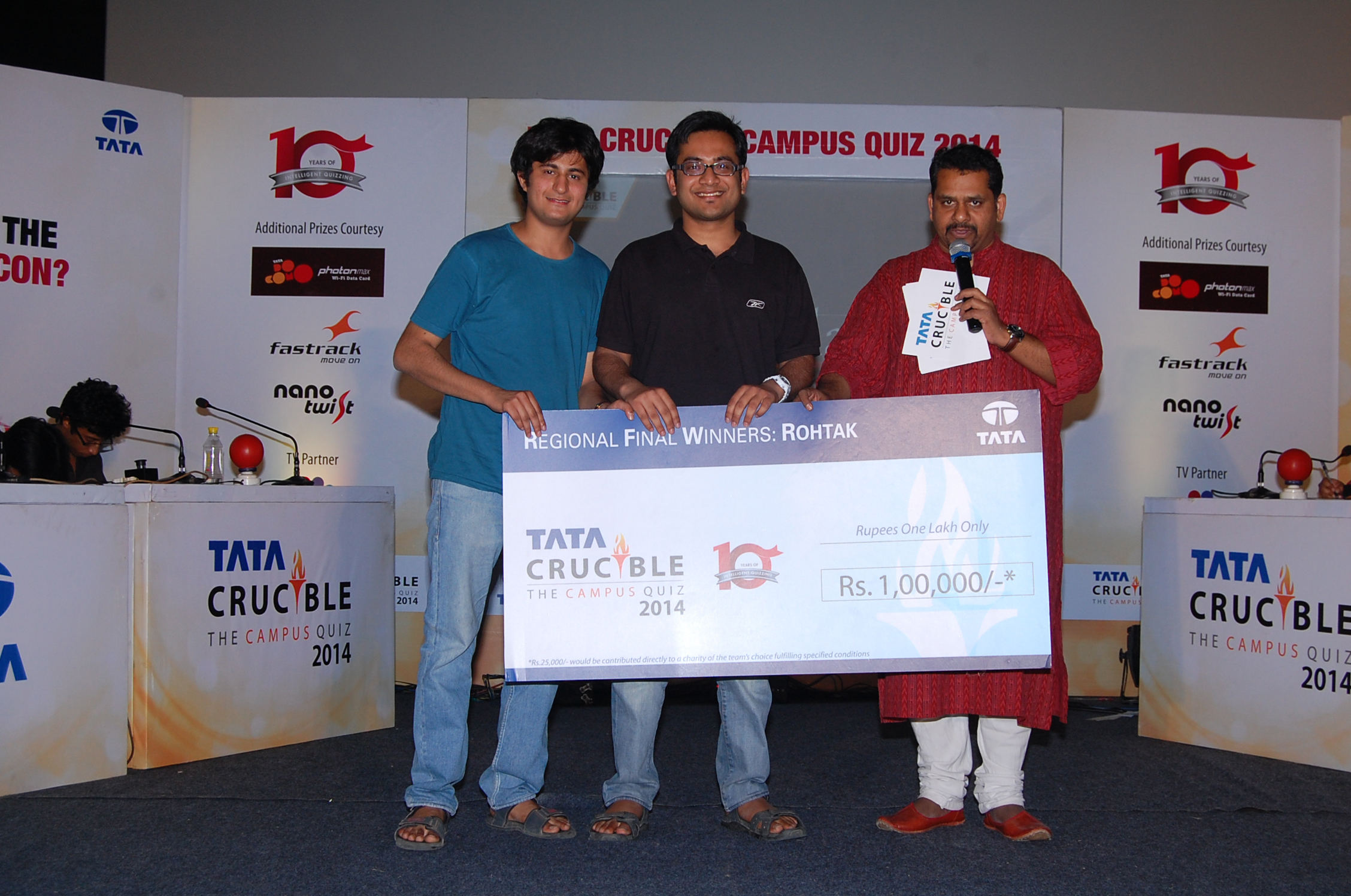 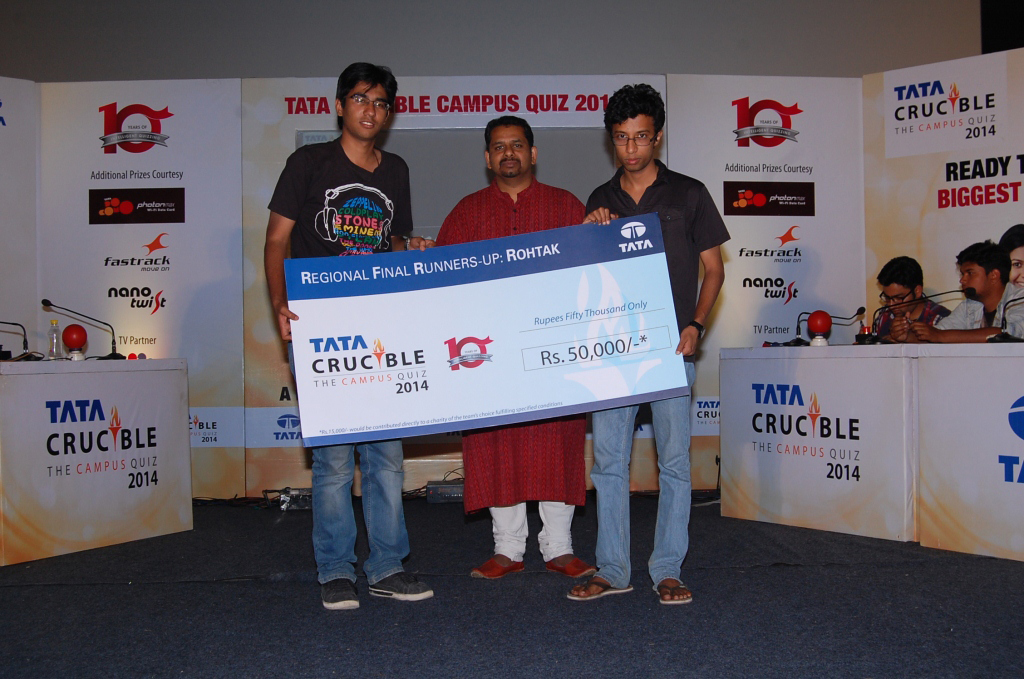 A cloudy afternoon with the threat of heavy rains and an exam season in the state did not dampen the spirits of enthusiastic quizzers who came to be part of the Rohtak Crucible. After a snappy prelim the finalists were:

It all came down to a two team battle between Sahil and Tanay who were always a shade ahead and Utsav and Samarth who never let go of a chance to come back. It ended with a tie breaker between them and the former made it to the northern zonals.