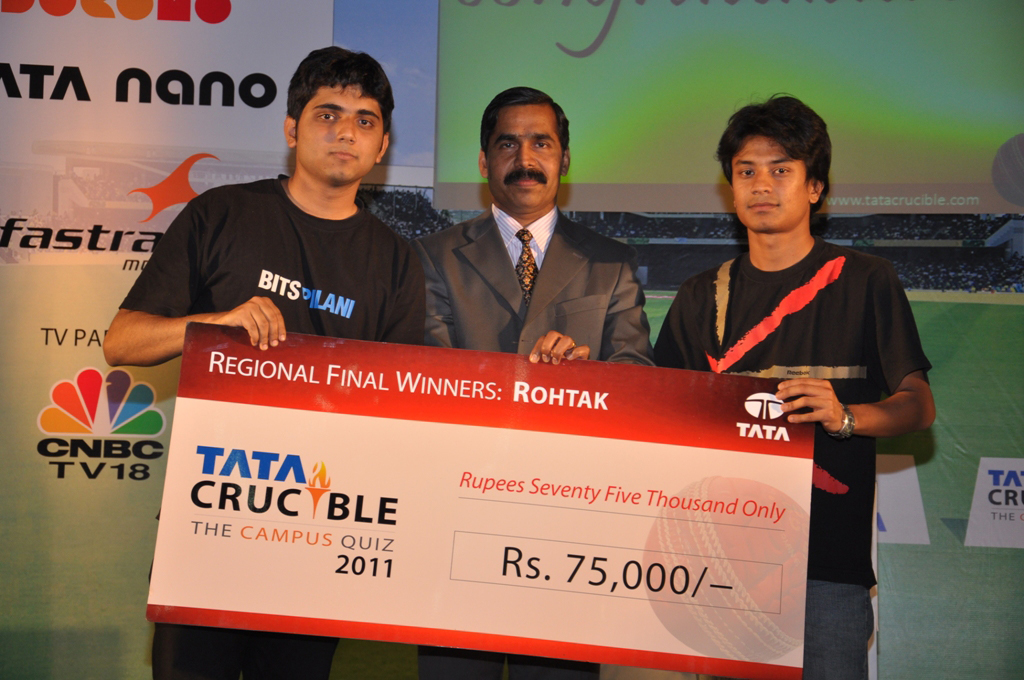 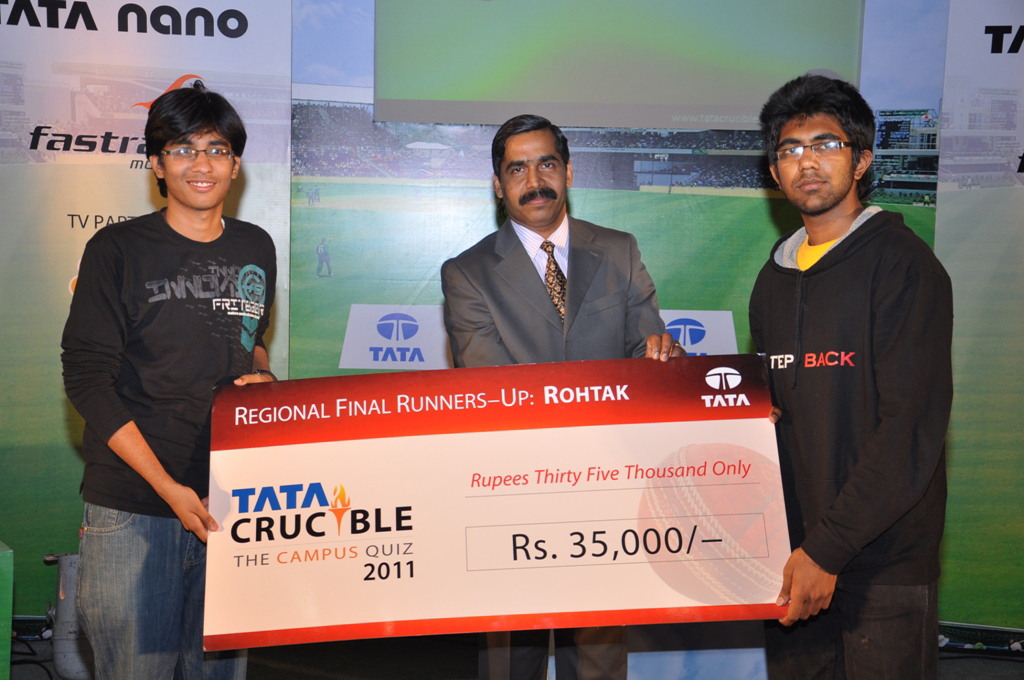 The debut edition of the Rohtak Crucible was a reflection of how small towns in India are becoming big hubs for business quizzing. With close to a 100 teams vying for the slots in the final the stage was set with a quick prelim that led to the following six finalists.

The final was a keen battle right from the word go with the BITS Pilani teams and IIT-R making early progress. As the quiz moved on IIM-R also joined the scoring as Aditya and Sreejan from BITS were trailing their college mates Ashwin and Utsav Kumar.

The next couple of rounds saw a consistent Aditya and Sreejan make steady progress as it boiled down to the final over of the game where Aditya and Sreejan held on their lead and made it to the national final. It however took a last ball effort for Ashwin and Utsav of BITS to stay ahead of Shiv and Vishal from IIT sealing the runner up position.