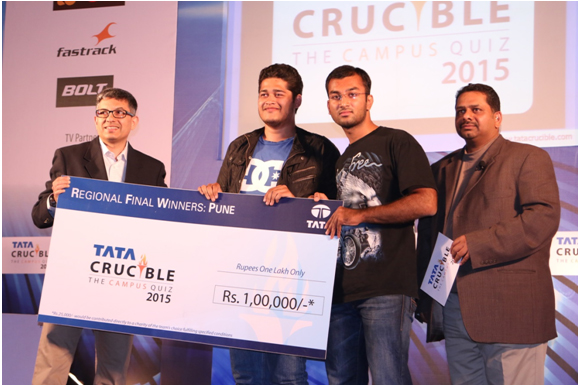 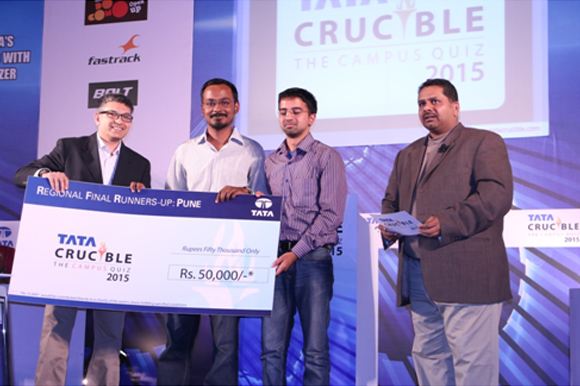 It was a day to celebrate the woman and with many young ladies taking part in the Pune edition of the quiz, the seasoned quizmaster appropriately had the deciding final question framed on women’s day. It reflects how topicality, context of research and generationally relevant questions make a normally restless young audience of over 300 people sit at the edge of their seats.

The final was electrifying with the team from Sinhgad off to a flier with very quick reflexes and amazing knowledge to back it. They dominated the first two ‘overs’ of the match and by then the other teams had regrouped themselves and started scoring.

Amongst those who gave Sinhgad a chase were SCHMRD and IMDR. The latter coming really close to Sinhgad after the ‘third’ over as they took brave decisions to deploy ‘power plays’ (an option to higher the value of your answer) at the right time.

With two questions to go they had a fair chance of winning the quiz but on the penultimate question the Sinhgad boys took the risk and got the question right to close out the final and march into the zonal. IMDR still managed to get the last poser in their kitty but had to settle for the runner up position.

The guest of honour Mr. Kuruvilla Marcose, the COO of Tata Quality Management Services (TQMS), appreciated the teams for the way they played the game and the wonderful knowledge they all possessed.