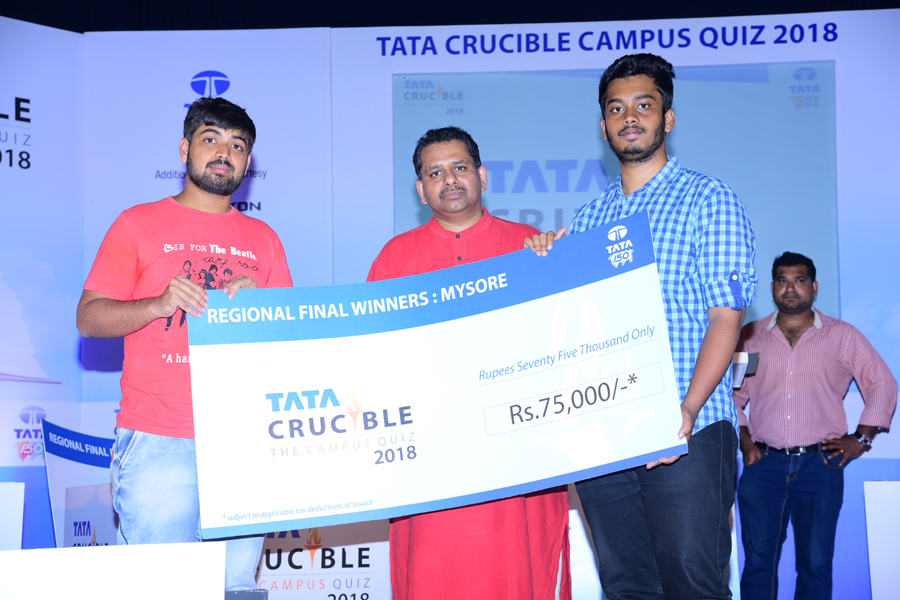 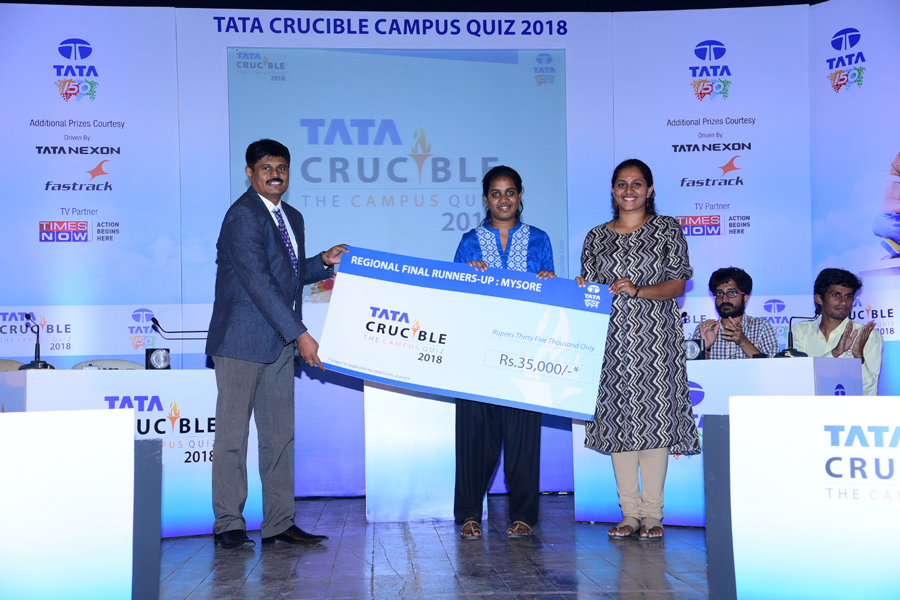 Over a 1000 people and the hall was bursting in its seams, as Ms. Rashmi Furtado anchored the prelim handling the large audience with her bits of humour and local language touch, that kept the audience glued. A very interesting prelim led to the final six.

The final, hosted by Pickbrain, had most teams playing the game brilliantly and answering some truly tough posers with relative ease reflecting how well the teams were prepared. It was a battle that moved swiftly and soon enough there were only a few questions left and three teams, ICAI and the two NIE teams, had a fair chance to win.

As the final questions unfolded it became a two-team battle between ICAI and NIE with Mahesh and Harshit. The latter went for the final poser and got it right to clinch the title for their college and march into the zonals. Earlier, despite a strong lead, the two girls from ICAI got a couple of questions wrong to lose their control on the quiz, only to finish runner up in the end.

The guest of honour Dr. Nanjaraj, Director and Dean, Mysore Medical College, appreciated the idea and wished the teams well. He also urged them to learn beyond academics to be more successful in life.