Manipal – TAPMI on top at Manipal 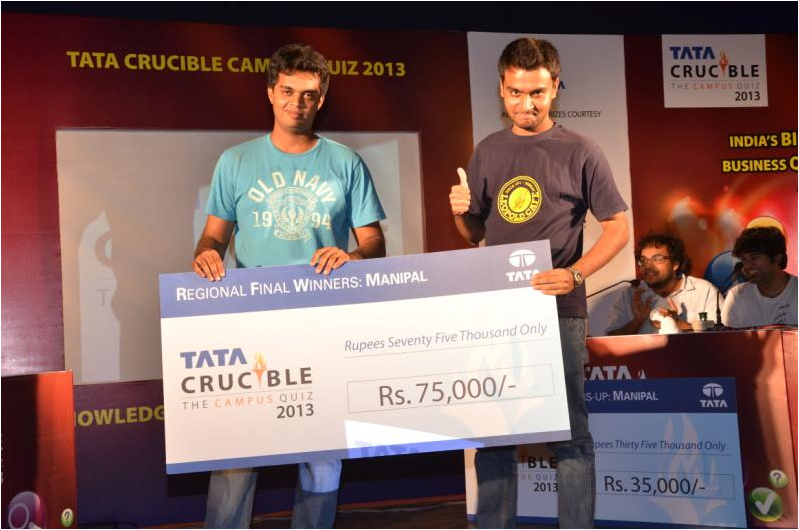 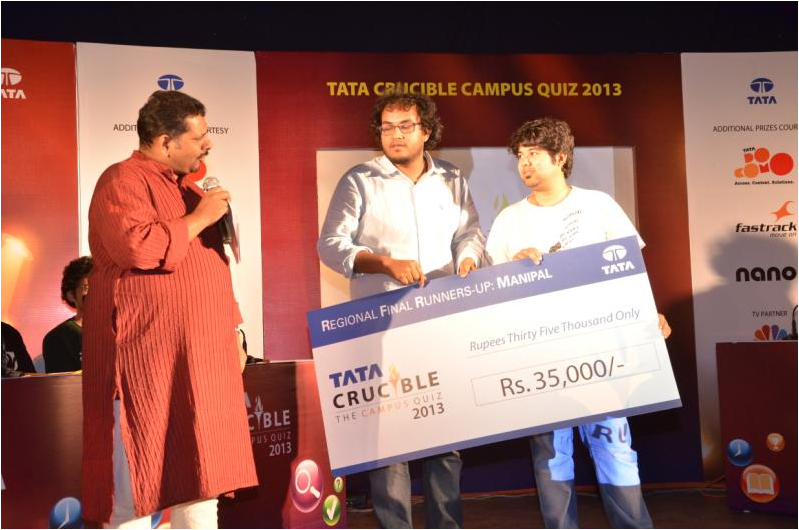 Close to a 100 teams in the education town of Manipal indicated towards a tight final right from the word go as the city boasts of the presence of several excellent educational institutions with some of the sharpest young minds in the country studying here. The prelim was followed by a wild card that saw two teams from NIT go through into the final.

The final was brisk with Pickbrain going about his task in a clinical manner with the teams also responding quickly, nearly all questions in the first round being cracked. As the quiz moved into the next rounds, it seemed like the NIT duo of Chaitanya and Arpit were the ones to watch for while the lone girls team also from NIT started picking the ropes and kept ticking their score.

The TAPMI team of Venkat and Eldrich had started on a wrong note taking two negatives early on but that did not deter them from giving it a go in the second half of the quiz where they bulldozed themselves out of trouble with three consecutive strikes taking them into the lead. While the other teams tried to now play catch up, this team just moved from one round to another consolidating their lead leaving nothing to chance.

In the final rounds just when it seemed like a battle between the NIT teams, the MIT duo came up with some good answers to force a three way tie for the second spot. While Chaitanya and Arpit lost out early, Anandita and Soumya missed by a fraction of a second on the buzzer with MIT edging them out to the second spot. It prompted the witty quizmaster to remark “The girls will sure buy themselves a buzzer” while it was heartening to note that the TAPMI team which was already into their vacation, had travelled back to Manipal only for the quiz. Passion sure is a catalyst for success as they marched into the zonals.