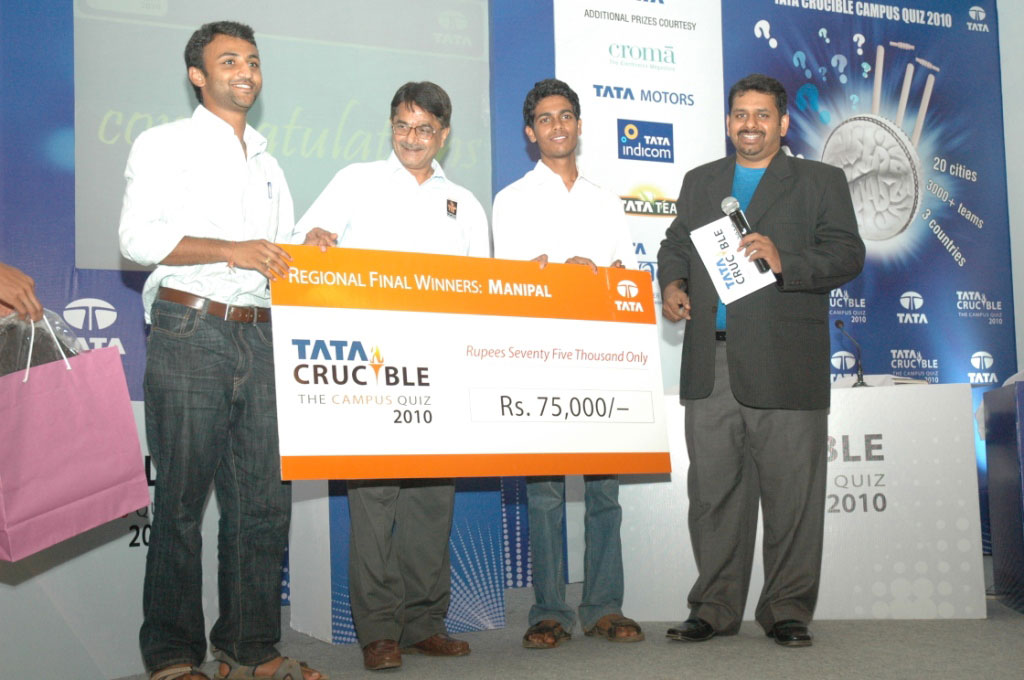 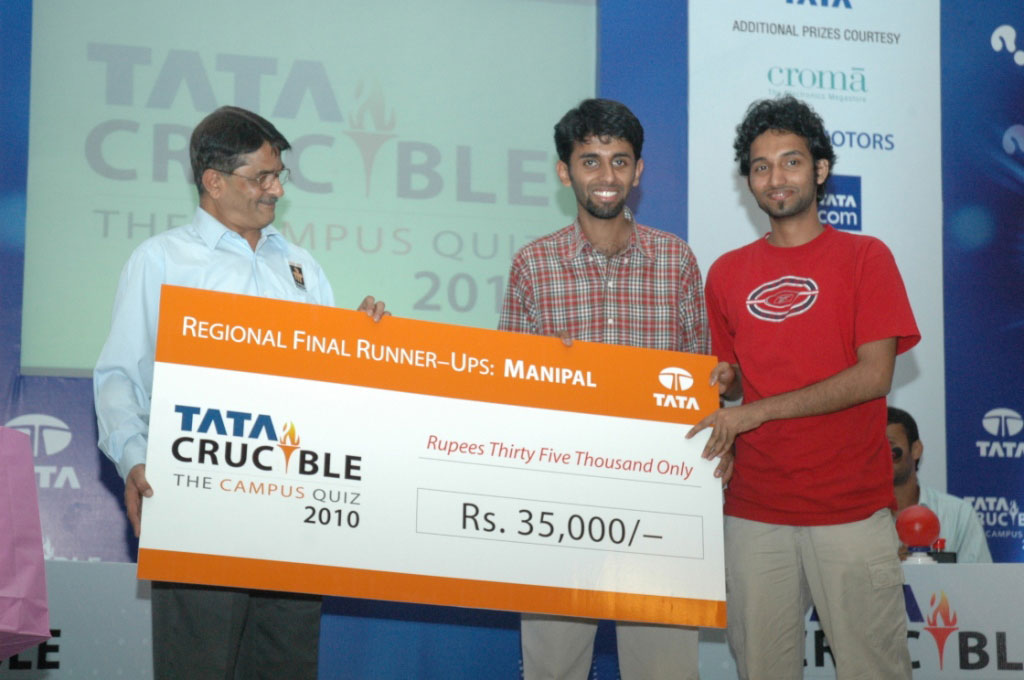 A very elegant and classy debut is how one would describe the first ever Crucible for campuses at Manipal. With teams from all over the coastal region, it was a fantastic afternoon for the quiz enthusiasts as they played host to the biggest business quiz in India.

The initial stages of the final were dominated by Sandeep and Ankur of TAPMI while the NITTE teams were aggressive from the word go to set the tone for an absorbing final. The rule on the pass being valued more than the direct played its part as Varun and Sharan from NIT cracked a 11 run which at the end of day emerged as the deciding factor for the overall result.

As the buzzers came into play, all teams quite literally gained and lost in their attempts to move ahead. The team that started late but did well to catch up was TAPMI: Abhishek and Mythreyi, but they were a little late to dent the final standings.

The last round was tense as NIT was in the lead but a slender one at that, NITTE had to choose between risking a few strokes on the buzzer to win or play it carefully and ensure they finish runner up. They decided on the latter as NIT Suratkal moved into the national finale.

Quizmaster Pickbrain expressed great satisfaction that an educational hub like Manipal was now part of the ‘Crucible Revolution’ as he wished the city a long future with this quiz.