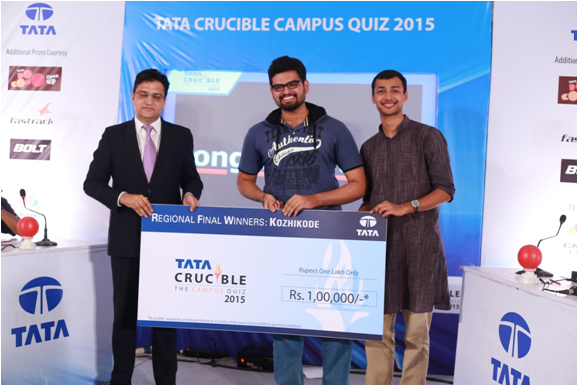 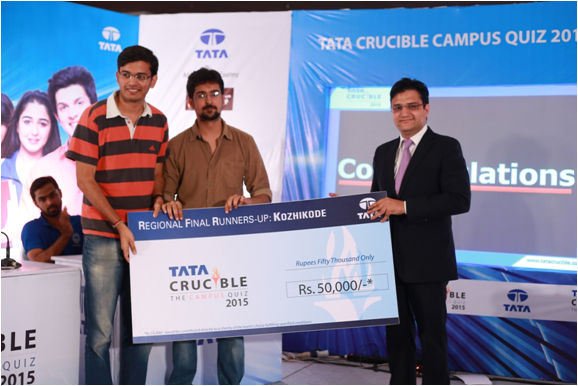 “Amazing final” was the expression on everyone’s face as they witnessed a cliff hanger at Kozhikode where the afternoon began with a 20 question prelim leading the following finalists.

The final was a tense, close battle with the IIM duo of Pranshumaan and Sandesh taking an early lead with all the teams trailing them into the first half. The duo from NIT were behind them as the quiz moved on. A poser on Mother Theresa caught the IIM team on the wrong foot and NIT scored on the same question to get ahead for the first time.

From there on it was a battle of nerves with either of the teams edging past the other on the buzzers as questions became increasingly more difficult. In the final frontier of the battle the other IIM team of Aravind and Sreevas also made progress but it was a charge too late in the day to make an impact.

In the final question, NIT held on to the lead and emerged champions taking themselves into the southern zonals.

The guest of honour Mr. Vikas Parimoo, the GM of The Gateway Hotel, Calicut was appreciative of the speed of response and the knowledge repository that our youngsters possess and wished them to do well in their careers and lives.