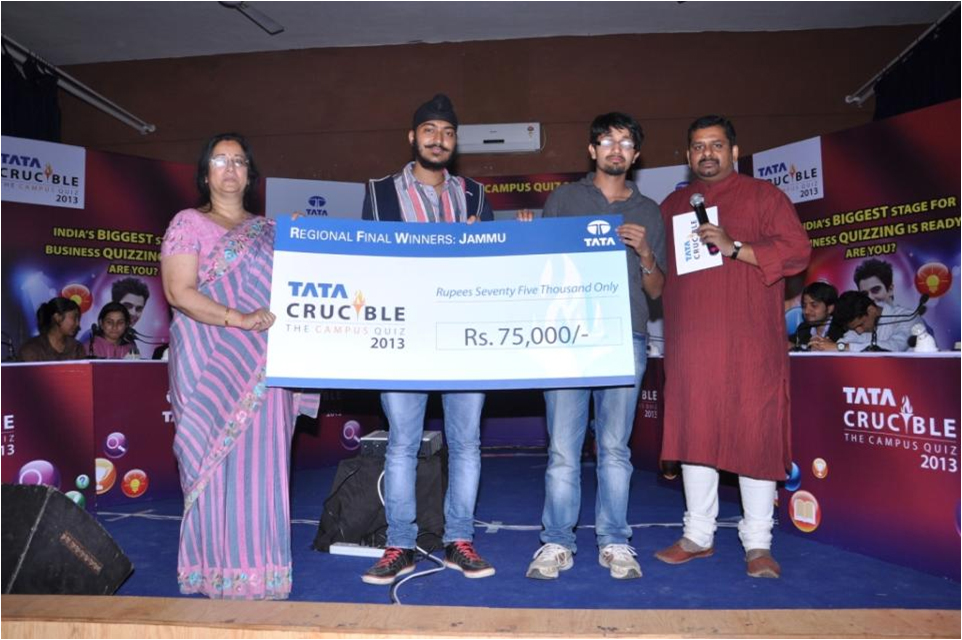 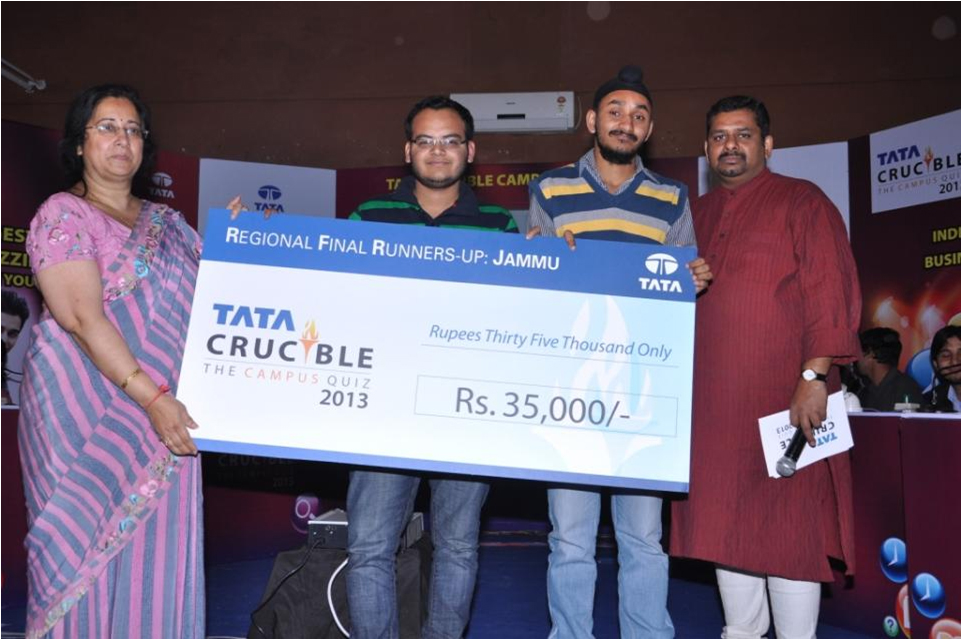 The excitement around the GCW Parade college was similar to that of a movie premier. Teams started arriving rather early and were seen discussing everything from what the quiz would be about to what the quizmaster’s attire could possibly be! Cut to 2pm and in walked Pickbrain to a thunderous applause and marked the debut of the Jammu edition of Tata Crucible. With a packed audience of over 200 people, he went about the task of hosting the prelim with the precision of a surgeon, lacing it with his trademark one liners and quick wit.

The final was a thrilling affair both for the teams on stage and the audience. It began with the girls from MIET doing well while SMVDU (Vedant and Karan) caught up with them quickly and went ahead of the rest with equal ease taking some good risks and backing it with superb answers.

As the buzzer rounds came into play, the GCET duo started gaining ground as did The Business School and the other SMVDU team. As the quiz moved on Vedant and Karan moved from strength to strength and did not give any room for any of the others to challenge them. The battle was now for the second place and the girls who looked really solid lost ground with a couple of negatives that helped GCET stay in the lead and finally close the quiz as runner up.

Vedant and Karan of SMVDU as the first ever champions from this region received a cash prize of Rs.75,000/- and a trip to Delhi for the zonal rounds. Many teams that we spoke too were very impressed with the quiz, the crisp format and the timely humour by the quizmaster that kept the audience entertained.